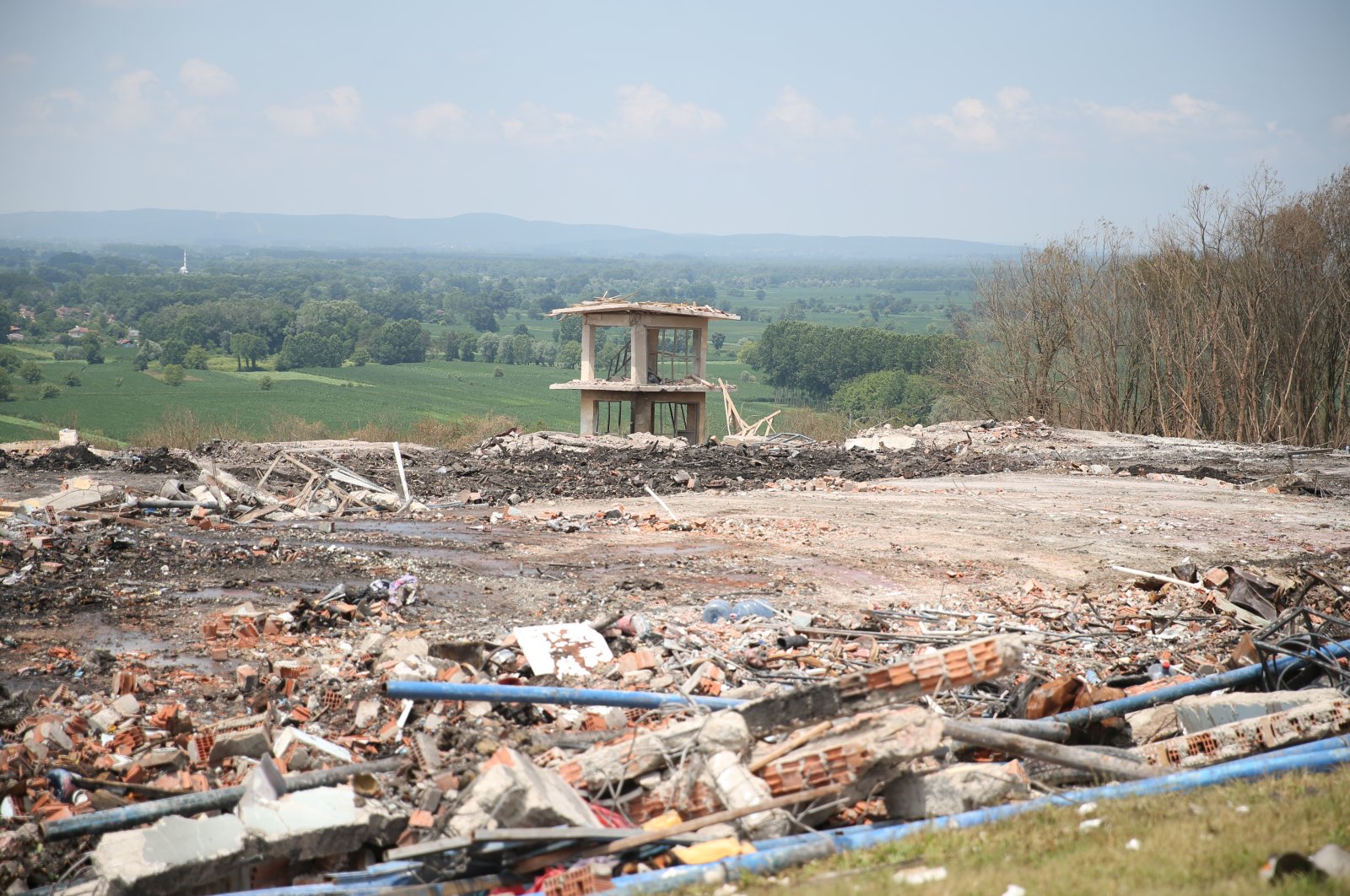 Search and rescue crews continued combing the blast site and nearby areas on Sunday in the northwestern Turkish province of Sakarya, two days after a fireworks factory explosion killed four people. The death toll rose to six on Sunday after two more bodies were found at the site while a search continues for one person still unaccounted for.

The immense blast left the factory and its perimeter devastated, shattering the windows of buildings in nearby residential areas of the Hendek district.

Most of the injured, 114 people, have been treated and discharged from hospitals, Sakarya Governor Çetin Oktay Kaldırım told reporters on Sunday following inspections at the blast site. He said eight people were still in hospitals for injuries, with one still in critical condition.

Authorities sent teams of investigators to the site for a thorough probe on the cause of the explosion and to determine whether negligence played a part in the incident.

The governor said 1,097 combined personnel from the Disaster and Emergency Management Authority (AFAD) and National Medical Rescue Team (UMKE) as well as teams of search and rescue, health care, fire brigades, the gendarmerie criminal department and other related units have worked at the scene, using some 190 vehicles. There are also currently four search, rescue and cadaver dogs involved in the field.

Kaldırım went on to say that there are settlements in the immediate vicinity, especially within 3 kilometers (around 1.8 miles) of the factory, and he visited several neighborhoods where damages occurred. He added that assessments continue.

On Saturday, the factory manager and two foremen were detained after provincial prosecutors issued arrest warrants for them.