Death toll rises to 8 in floods in northern Turkey's Giresun 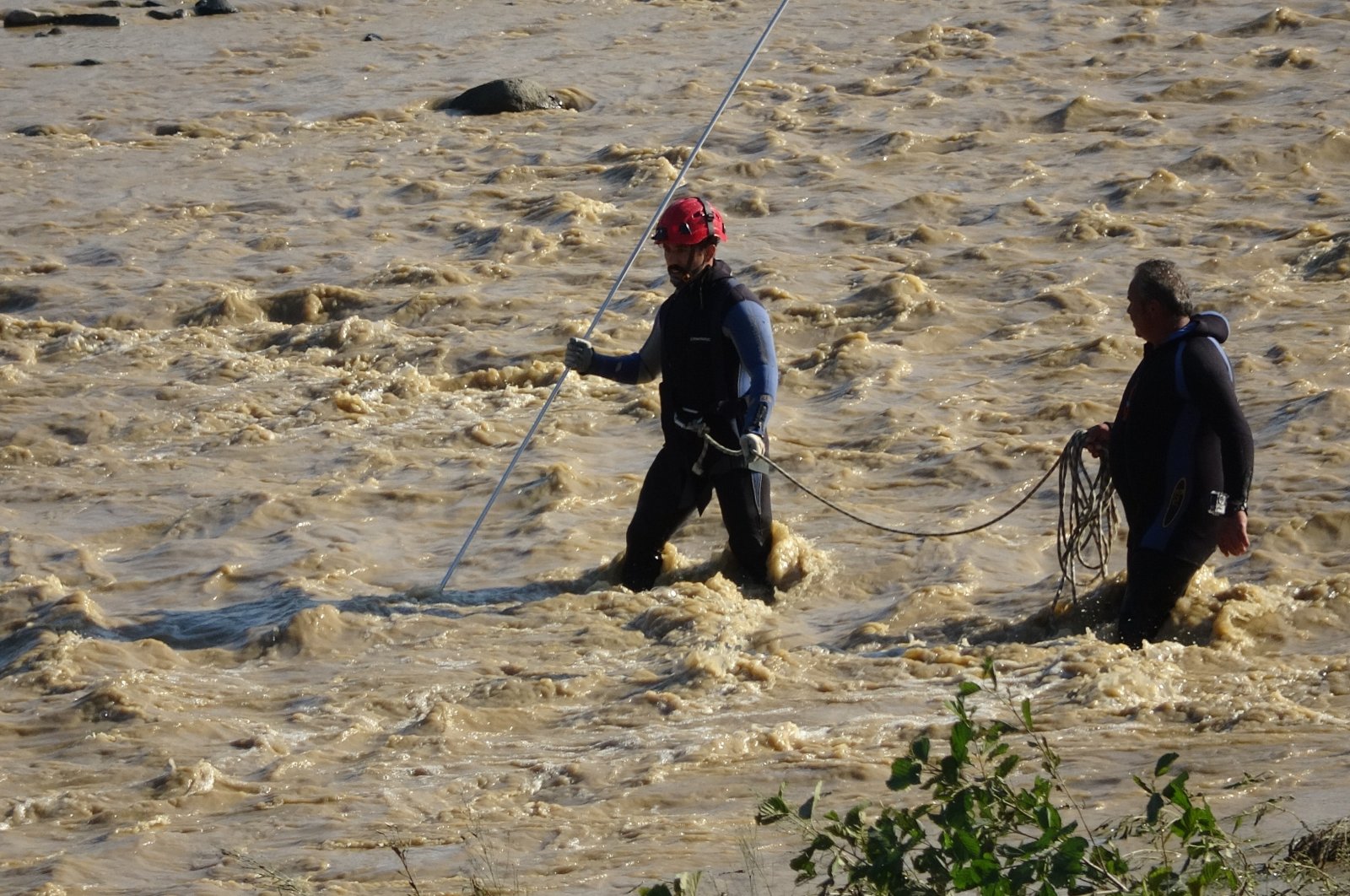 The body of a 20-year-old woman who went missing with her family in last weekend’s devastating floods in northern Turkey was discovered on Tuesday, bringing the death toll to eight as the search continues for seven other missing people.

Betül Akgün, alongside her parents Davut and Emine, was traveling to central Giresun from the Black Sea province's Çaldağ district when torrential rains unleashed flash floods.

“We are being pushed away by the water, I'm very scared,” were her last words, according to Süleyman Karakılıç, her maternal uncle who was the last person to speak to her on the phone. Her body was found in a stream when waters receded. The Akgün family, who live in Istanbul, was on a visit to their hometown.

Fifteen people, including five military officers and the driver of a bulldozer, who were trying to save survivors, went missing in the floods, which centered around the Dereli district of Giresun. The number of casualties were reported as nine, but authorities revised the total when a local believed to have died in the floods was later found alive.

Authorities have said that an unprecedented amount of rainfall in the area, which has a generally rhythmic weather pattern despite incessant rainfall, brought on the disaster.

Hundreds of shops and houses in Dereli were damaged in the floods, and roads and tunnels collapsed.

Zehra Zümrüt Selçuk, minister of family, labor and social services, announced on Tuesday that authorities would channel TL 2.5 million ($337,000) to local chapters of a foundation linked to the ministry for social aid to citizens affected by the disaster. On Monday, the government announced a postponement of tax payments for people in disaster-hit areas.