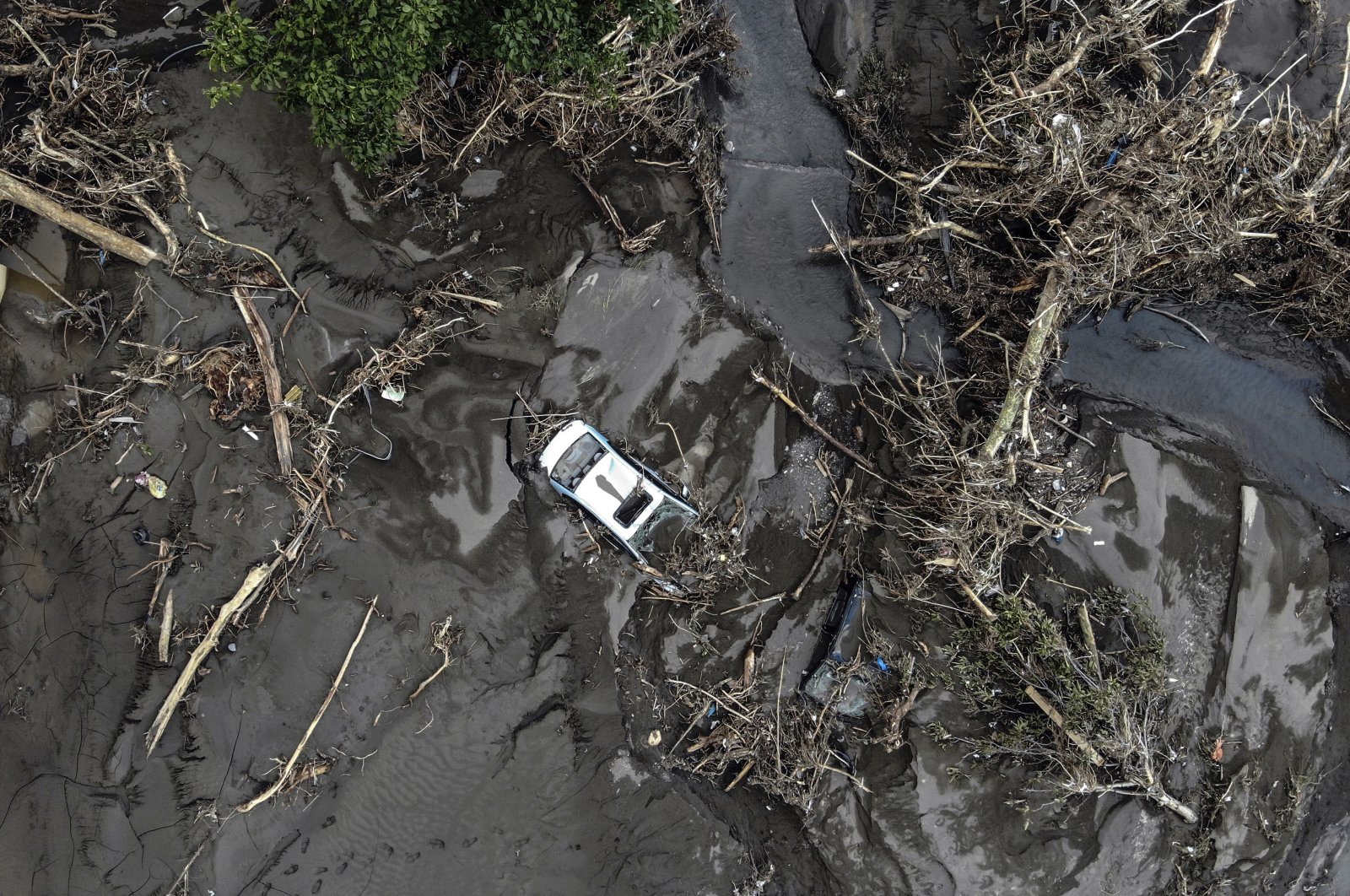 An aerial photo shows the destruction after floods and mudslides killed about three dozens of people, in Bozkurt town of Kastamonu province, Turkey, Aug. 13, 2021. (AP Photo)
by ASSOCIATED PRESS Aug 14, 2021 11:06 am
RECOMMENDED

Torrential rains that pounded the Black Sea provinces of Bartın, Kastamonu and Sinop on Wednesday caused flooding that demolished homes, severed at least five bridges, swept away cars and rendered numerous roads unpassable. AFAD said 36 people were killed in Kastamonu, seven in Sinop and one in Bartın.

Nine people remained hospitalized in Sinop, and one person was missing in Bartın province, according to the agency.

About 2,250 people were evacuated across the region, some lifted from rooftops by helicopters, and many were being temporarily housed in student dormitories, authorities said.

Climate scientists unequivocally say that climate change leads to extreme weather events as the world warms because of the burning of coal, oil and natural gas. Such calamities are expected to happen more frequently as the planet warms.

Experts in Turkey, however, say interference with rivers and improper construction also were contributors to the massive damage in Turkey’s floods.

Geologists have said that construction narrowed the river bed and the surrounding alluvial flood plain of the Ezine stream in Kastamonu’s Bozkurt district, where the damage was most severe, from 400 meters (1,312 feet) to 15 meters. Residential buildings were built along the waterfront.

During severe rains, the contracted stream has a limited area in which to move and can overflow. Videos posted by residents showed water rushing downstream in Bozkurt as the surrounding buildings and roads flooded.

One geologist, Ramazan Demirtaş, explained the river bed narrowing on Twitter and said that humans were to blame for this week's disaster.

The floods struck on the heels of wildfires in southern Turkey that devastated forestlands in the seaside provinces of Muğla and Antalya, which are popular with tourists. At least eight people died, and thousands of residents were forced to flee.