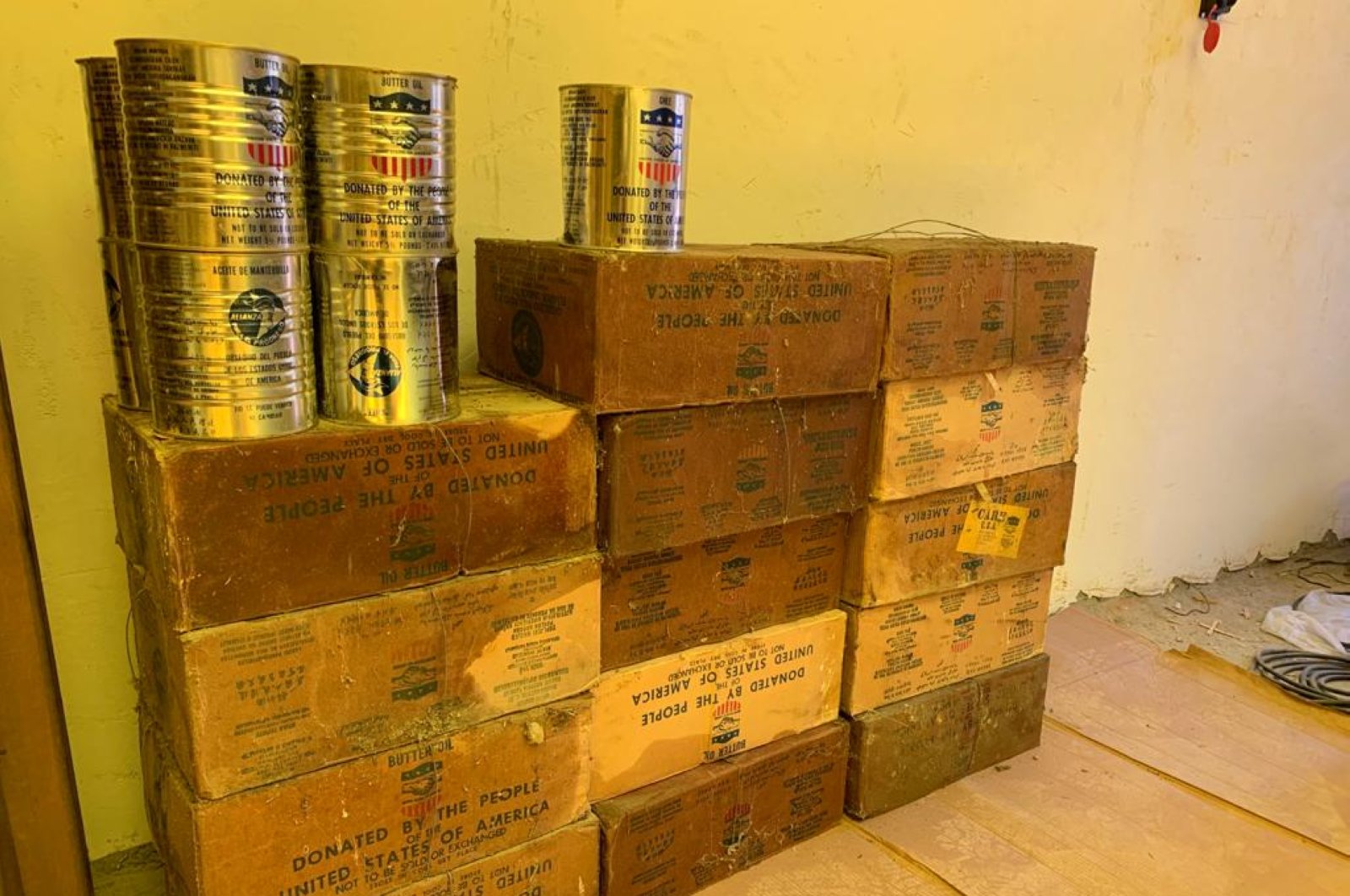 Turkish officials found a stockpile of U.S. margarine in the roof of an evacuated school in eastern Elazığ province and took it for further examination Monday.

Each weighing 2.5 kilograms, the 81 boxes of margarine were sent to Turkey by the U.S. as part of the Marshall Plan after World War II. They were found last week at a school in Elazığ’s Ağın district that had been evacuated after a 6.8 magnitude earthquake hit the province on Jan. 24. The margarine was sent to the General Directorate of Agriculture and Forestry. After examination, officials will release a statement about the substance and dates of production of the margarine.

Ağın Mayor Ali Uslu said that the margarine was probably sent to Turkey in the 1960s.

The Marshall Plan, taking its name after Secretary of State George Marshall, was initiated by the U.S. in 1948 to support war-torn European economies. Turkey was also one of the receivers of the aid.