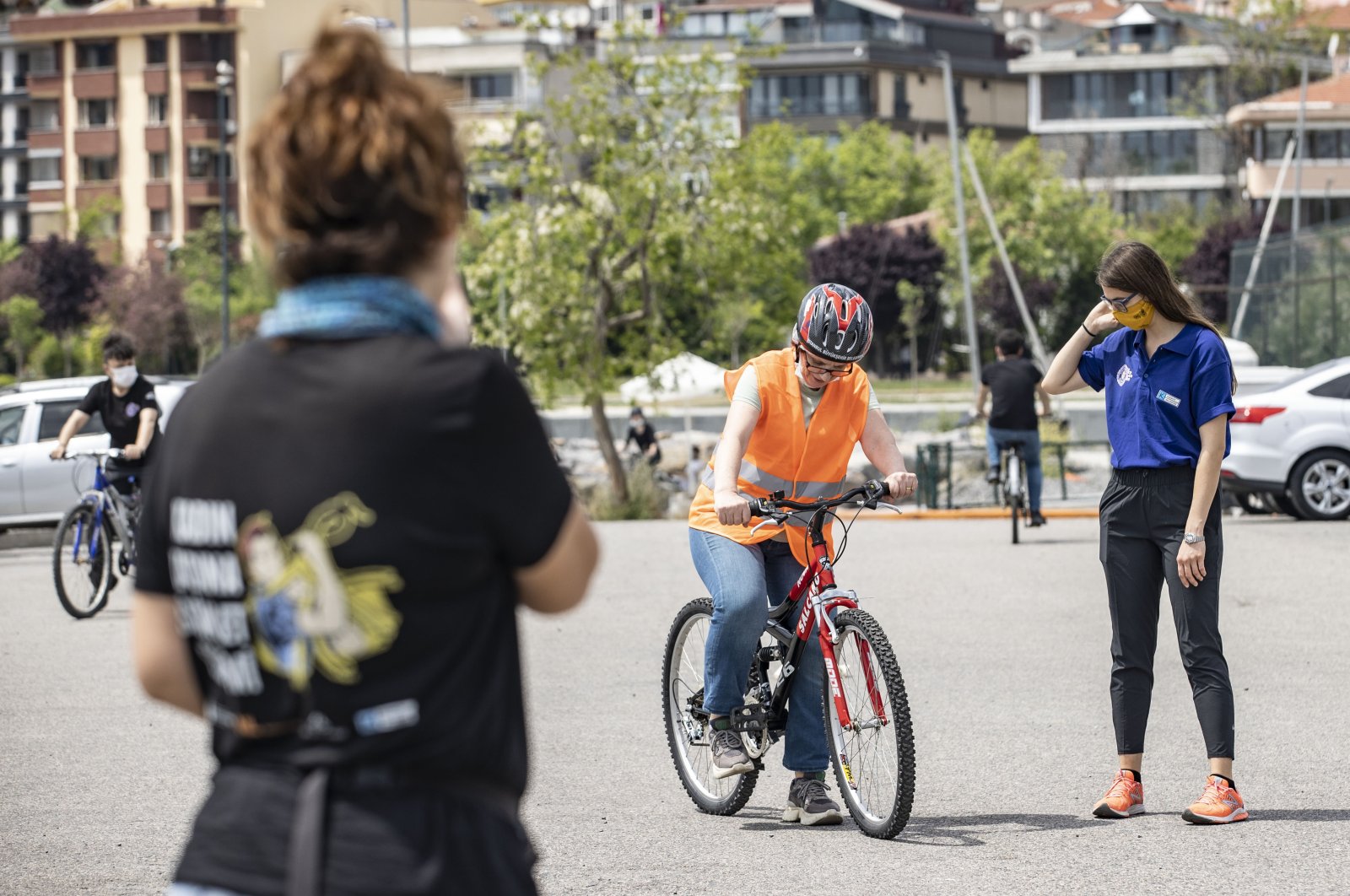 Some are looking to put an end to their sedentary lifestyle, others want to conquer boredom and depression amid the coronavirus pandemic. The “Women Who Break Chains Initiative” based in Istanbul brings them together for a common goal: learning to ride a bicycle and traveling across cities to socialize with their peers.

On World Bicycle Day marked on June 3, the initiative’s coordinator Hande Karaca explained how the group was formed after a bicycle chain was broken, literally. Karaca was recovering from a difficult divorce two years ago and was looking to occupy herself with a hobby when she decided to join a cycling club. A remark by a male member of the club when she was struggling to repair the broken chain of her bicycle during a club outing inspired her to start a women-only initiative. “Go home if you can’t do it. It appears you cannot fix the chain on your own,” the man told Karaca and a female friend. Angered but determined, she decided to launch her own club, enlisting women via social media. “We did fix the chain and completed our tour, but everything changed after what that guy said,” she told Anadolu Agency (AA) Thursday.

Today, the initiative has hundreds of women among its members and trainees, ranging from depressed women who were confined at home for months due to the pandemic to women complaining of lack of mobility in their lives or those looking for a chance to socialize. Some of the women are middle-aged and have been taught how to ride by Karaca, while others are simply looking for an outing with fellow women. “We have had members who joined the initiative and went on a vacation they dreamed of by riding with us, a vacation they could not afford otherwise. We have elderly members who are enthusiastic to learn to ride a bicycle. We even once had a group of refugee women seeking to learn. Despite the language barrier, we taught them and others,” she said.

Currently, 20 trainers work at the initiative and throughout the pandemic, which made bicycles wildly popular, they taught 100 others. Karaca herself launched a fundraising campaign to donate bicycles to the initiative. She rode from Istanbul to Izmir for a fundraising trip and managed to collect donations to buy 40 bicycles. Twenty bicycles are used in training, while the rest were donated to orphaned children in April.

The initiative plans to teach hundreds more how to ride by the end of this year but seeks support to expand to other cities. “Recently, we received a call from a woman in Diyarbakır, asking if we had a branch there,” Karaca said.

She said bicycles also help women financially, giving an example of women who learned to ride and began delivering dishes they made at home on their bicycles. The initiative has new projects like teaching mothers of school-age children to help them give their children a ride to school.

Necla Bezircioğlu is the latest member of the group, who fulfilled her childhood dream at the age of 60. “I saw women riding bicycles while walking on the coast and found out about initiative. I asked if they could teach me, and they accepted gladly. Riding a bicycle is liberating for me,” she said. Necla Yıldız, another member, came across the group after her retirement when she was looking for a hobby. “I found out about them on social media and I am now learning how to ride with one-hour class every day. I recommend all women to learn it, whether they are in the city or in the countryside. This is the ultimate freedom. You can ride anywhere and feel free. In addition, it is not a costly vehicle,” she said.