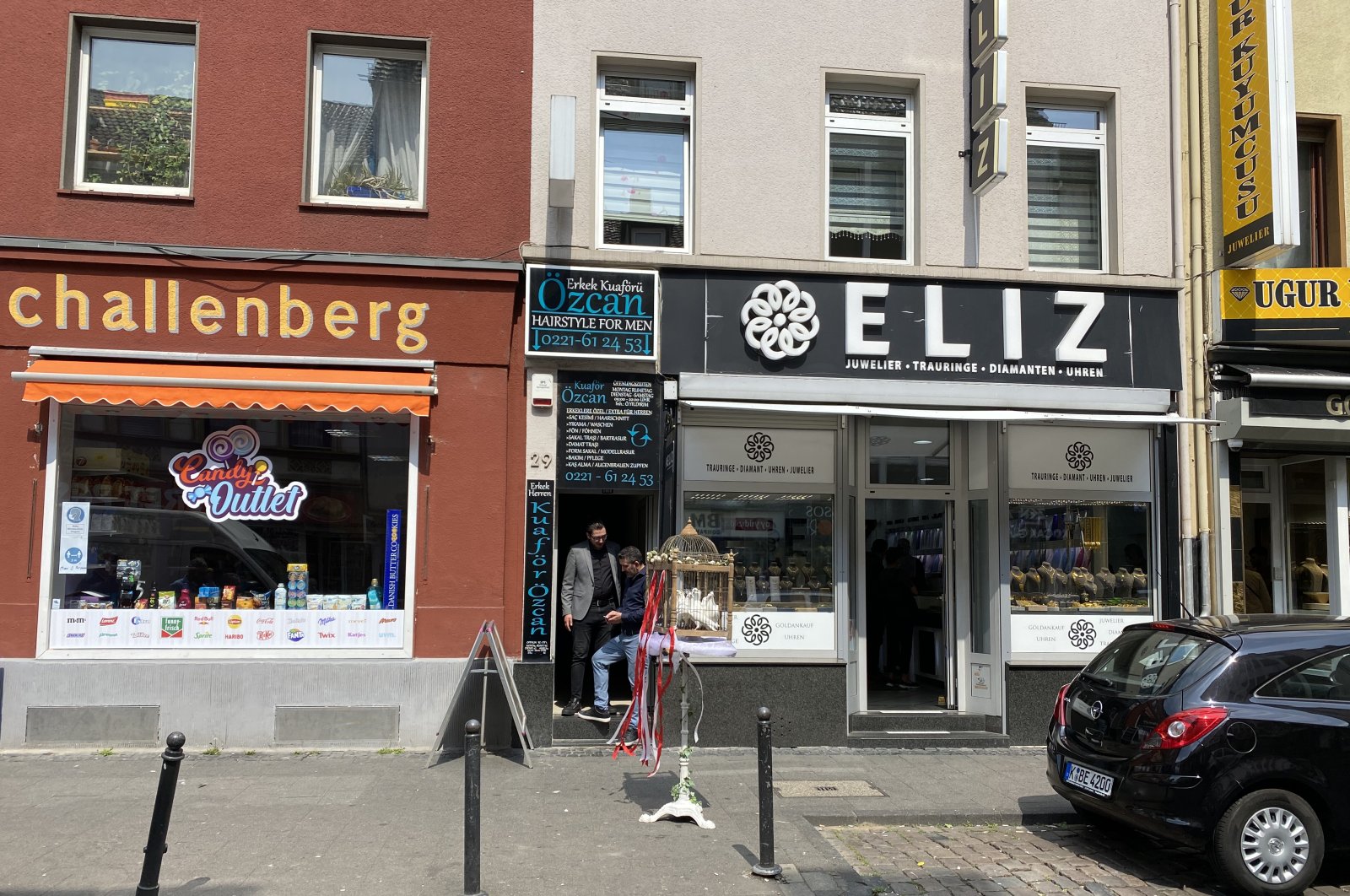 A nail bomb strapped to a bicycle was left outside this Turkish-run barbershop in Cologne, Germany in 2004. (AA Photo)
by DAILY SABAH Jun 10, 2020 3:01 pm
RECOMMENDED

“It happened where I stand now,” Hasan Yıldırım recounts as he stood outside the barbershop he runs with his brother in Germany’s Cologne. Yıldırım and his brother were among the 22 victims of a June 9 nail bomb attack by the notorious neo-Nazi gang, the National Socialist Underground (NSU). Sixteen years have passed, and the gang’s members are either dead or in prison. Still, the memory of the incident on Keup Street, known as “Little Istanbul,” is still fresh for the two brothers and other victims. Though Turks, like Yıldırım, suffered neo-Nazi attacks in the past, the bombing was the first of a kind. Turkish migrants, who constitute the largest migrant community in the European country, saw their houses burned down or covered with racist slogans in the early '90s. Then, a string of murders and nail bomb attacks came. They had suspected neo-Nazi hands in the incidents but it would take years for German authorities to finally admit that the attacks were indeed the work of the NSU, a three-member gang.

The NSU killed eight Turkish immigrants, one Greek citizen and a German police officer between 2000 and 2007, but the murders had long remained unresolved.

The German public first learned of the group's existence and its role in the murders in 2011 when two members – Uwe Mundlos and Uwe Bohnhardt – died after an unsuccessful bank robbery. The group's only surviving member, Beate Zschaepe, was given a life sentence in 2018, but families of the victims expressed disappointment with the verdict and said the five-year trial has left many key questions unanswered. Lawyers representing the families disputed the claim that the NSU was only an "isolated cell" of three far-right extremists and demanded a deeper investigation into their possible ties to a wider network of far-right extremists in Germany.

Turkish shopkeepers were going about their business in the afternoon of June 9, 2004, when the bomb exploded outside Yıldırım’s barbershop. Yıldırım was among six severely injured victims. He recovered from his physical scars but says his suffering did not end there. “We were victims but we are treated like criminals,” he complained. “This hurt us more,” he said, referring to news stories on the German media and statements by officials that erroneously tied the attack to a feud between Turkish mobsters, while victims were interrogated for days by police.

“No matter how hard we try to forget, we remember the bombing and other racist attacks. Seeing more racist attacks nowadays brings back the pain,” he said. Yıldırım says such attacks may continue unless perpetrators are given harsh sentences to deter future acts of violence.

Özcan Yıldırım had his shop heavily damaged when the 5.5-kilogram bomb tied to a bicycle exploded and says he still feels the pain of the attack. “Unfortunately, racist attacks prevail in Germany, like the recent one in Hanau, attacks in Kassel and Halle. I lost the track of attacks. It seems like they won’t end,” he said.

Özcan Yıldırım says the trial of the NSU did not give them any closure. “It continued for years, and they sentenced only a few people. They told us two members of the gang committed suicide and sentenced a woman to life after a long trial. But I don’t believe it is the work of a few people. Serial murders, the bombing were the work of a larger terrorist organization, but they closed the case with the sentence for three people,” he said.