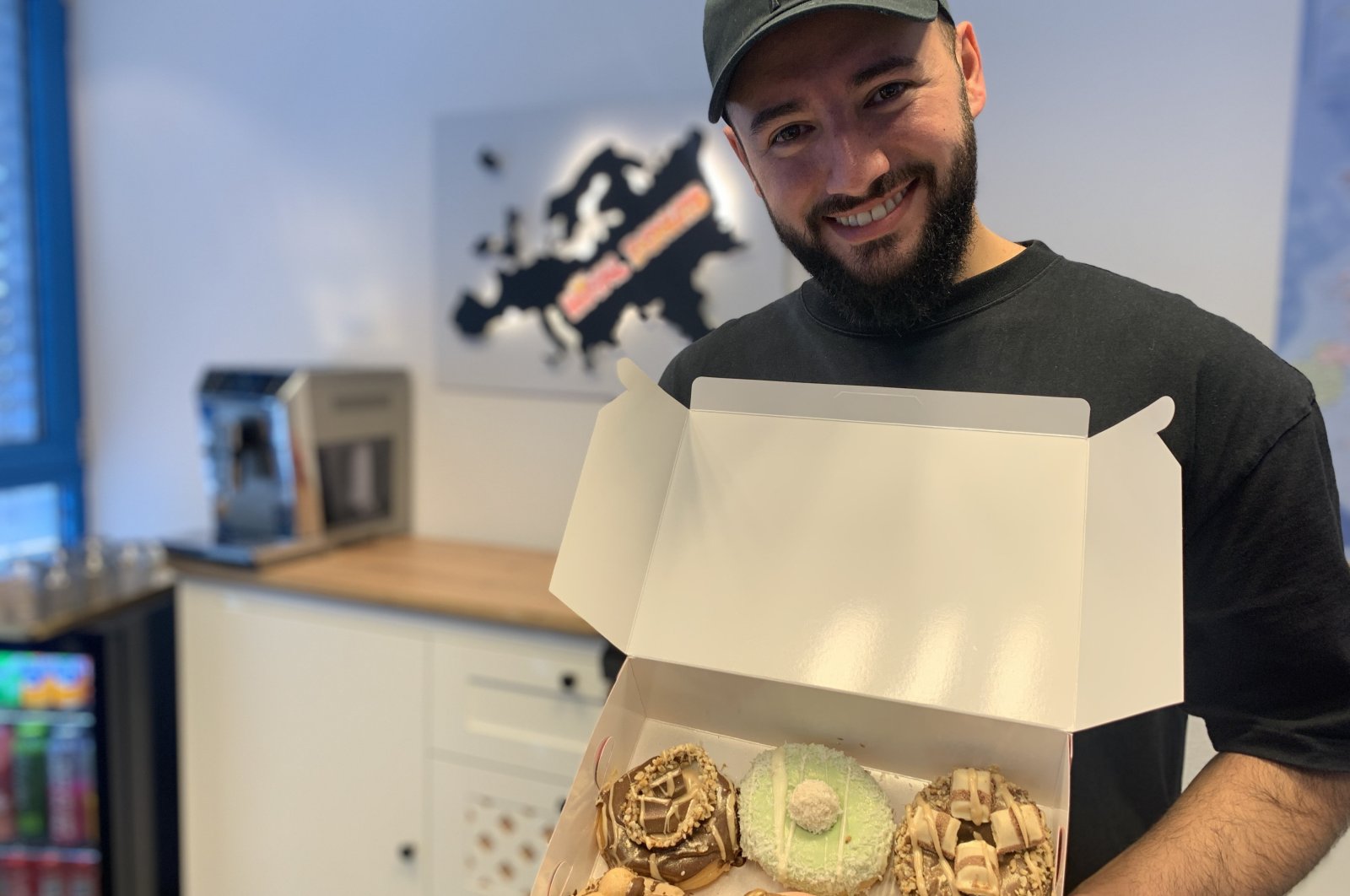 A Turkish expat in Germany’s Aachen who started a small donut store now has 135 branches in seven countries across Europe.

Twenty-six-year-old Enes Şeker was born in Germany to a Turkish family where he built up his little business, Royal Donuts, which now expanded enormously across the continent as a huge chain bakery. Şeker, whose family immigrated to Germany from the central Turkish province of Sivas, not only saw a great interest in his business endeavors but also contributed to the very form of the donut itself, creating 120 types of donuts – a leavened fried dough and a popular sweet snack around the world which became known as “American police breakfast,” mainly thanks to Hollywood.

Speaking to Demirören News Agency (DHA), Şeker, whose surname means sweet or candy in Turkish, said that he has always been a person fond of donuts, however, thought that the existing types were “not enough.”

“Therefore, I decided to enter this sector and take donut to another level entirely.”

The first store was opened in Cologne by Şeker and his wife, which remained as a single Royal Donuts store for about a year.

“After completing our Royal Donuts concept, we started dealership,” Şeker continued, adding, “We, together with our customers, have completely removed the standard donut concept with Royal Donuts.”

“We are always looking to bring more and more varieties to the market over time. This was our difference from other brands,” he said, stressing that they also have new opportunities such as vegan donuts that are made without animal products.

Working with determination and diligence to build the current “donut empire,” he has, Şeker said he himself didn’t even expect this to happen as his goal was just to open one store and to earn his living.

“If you ask what brought me to where I’m now, it is thanks to the people who came to my shop and saw our products and then offered their interest in selling my products. This business gained dynamism in itself and carried us to this point. We came here with the together dealers,” he said.

The Royal Donut chains employ approximately 1,000 people from kitchen workers from in-store employees, and 60% of the total employed consist of Germans, while the rest are other expats, including, Turkish or Arab nationals.

Stating that he was not affected by the coronavirus pandemic since donuts can be sold with takeaway services, Şeker said now his main aim is to expand outside Europe, Turkey and Dubai being the initial targets.

“We have met an entrepreneur from Dubai who currently lives in Germany and are planning to open the first store in Dubai in the next three to four months,” Şeker said, noting that the opening of the store planned in Turkey, meanwhile, can take 6-months.