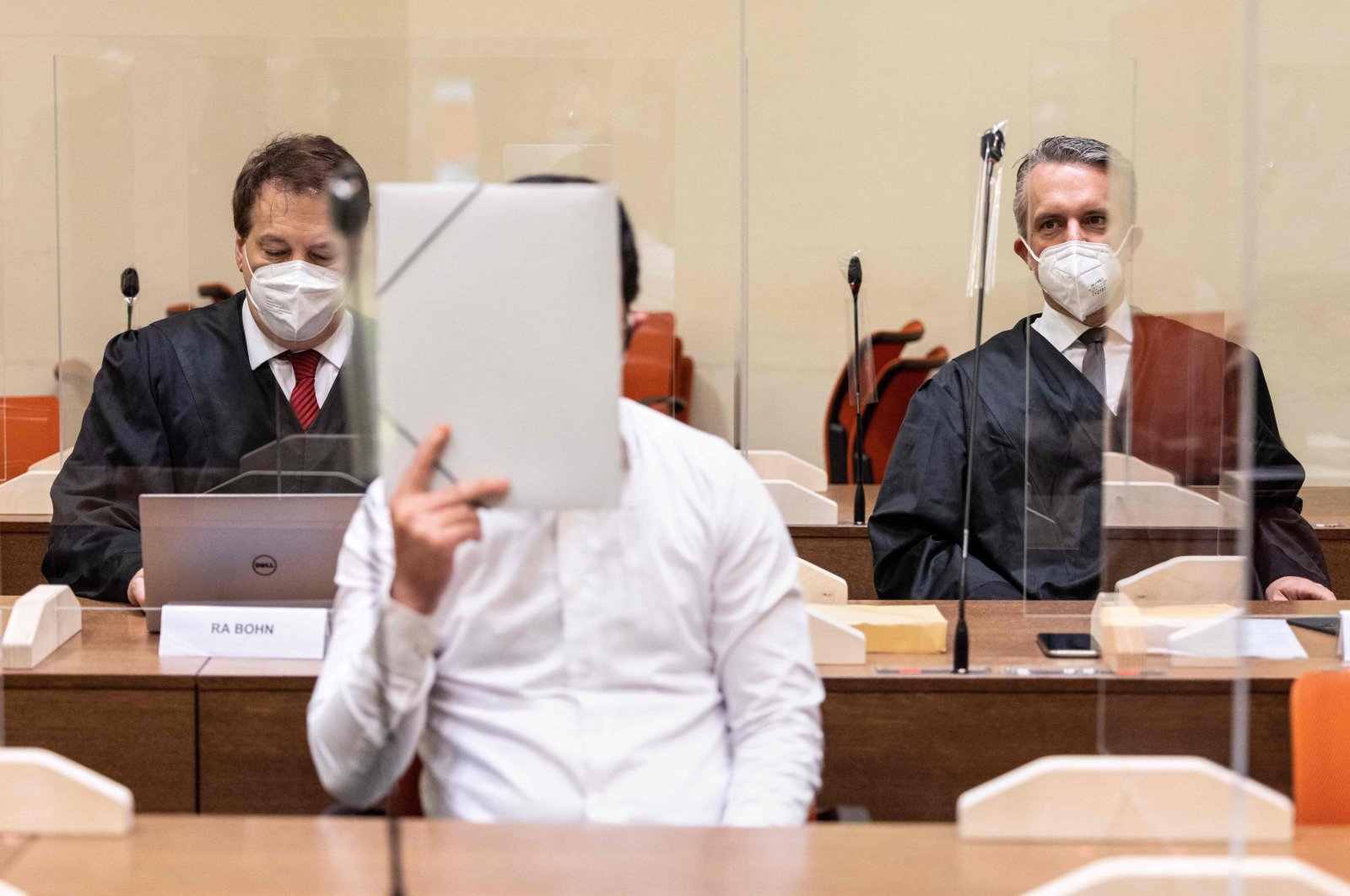 More than a year after a string of attacks targeting the Turkish community in Germany, a court Friday issued a verdict against the sole culprit of the attacks, a defendant identified as Muharrem D. The suspect was accused of being a supporter of the Daesh terrorist group and was sentenced to nine-and-a-half years in prison. The court then committed him to psychiatric care over a series of arson attacks.

The accused, identified as a German national, had admitted to carrying out the attacks against Turkish businesses and a mosque in the small Bavarian town of Waldkraiburg in April 2020. The higher regional court in Munich found the 27-year-old guilty of serious arson, 31 counts of attempted murder and of planning further attacks with a gun and explosives.

The court also found that Muharrem D. suffered from schizophrenia and ordered him committed to a psychiatric hospital before starting his sentence.

"Without the schizophrenia, the attacks by the accused would have been unthinkable," said Judge Jochen Boesl. But they also would not have happened without the accused's rapid radicalization, he added.

The most serious attack was a fire Muharrem D. started in the night at a Turkish supermarket that risked the lives of 26 people living in flats above the shop, who were luckily saved by their neighbors' warnings. He also targeted a hair salon, kebab shop, pizzeria and a local mosque. No lives were lost.

The spate of attacks in Waldkraiburg rattled the Turkish community at the time. Muharrem D. was arrested in May last year. He admitted during his trial that he had planned to attack other mosques and the Turkish Consulate in Munich.

According to the judge, the accused "saw himself as a (Daesh) fighter" and developed an extreme "hatred of Turks."

People with ties to the terrorist group have committed several violent attacks in Germany in recent years, with the worst being a ramming assault at a Berlin Christmas market in December 2016 that left 12 people dead.