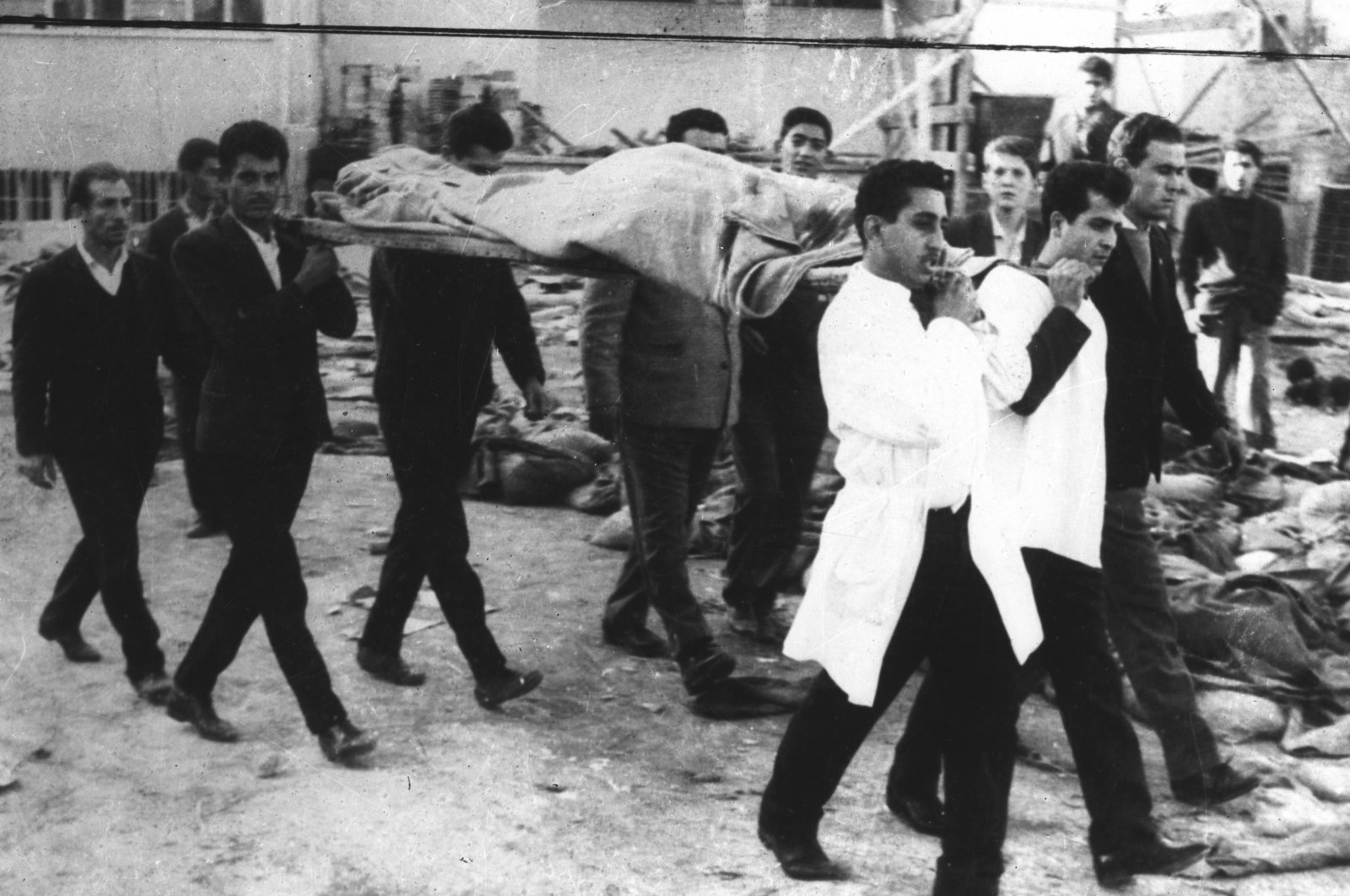 Turkish Cypriots carry the dead body of a victim who was killed by Greek Cypriot EOKA terrorists during the "Bloody Christmas."
by Daily Sabah with AA Dec 22, 2021 2:00 pm
RECOMMENDED

A commemoration ceremony was held Tuesday in London for victims on the 58th anniversary of the "Bloody Christmas," which was committed by Greek Cypriot EOKA terrorists, also called "Black Christmas" by Turkish Cypriots.

The horrors of the deadly, systematic attacks on Turkish Cypriots by members of the EOKA live on in people's memories 58 years after they led to the deaths of hundreds and displaced thousands from their ancestral homes.

The events leading up to the "Bloody Christmas" started in 1955 with the foundation of EOKA, led by Georgios Grivas, a veteran officer of World War I and World War II as well as a staunch opponent of communists and Turks.

Active in Cyprus, then ruled by the United Kingdom, EOKA targeted not only British soldiers and civil servants but also Turkish and Greek Cypriots who opposed its extreme ideology and its goal of a union with Greece.

Turkish Cypriots gathered in front of the office of the U.K. High Commissioner to the Greek Cypriot administration in London on Tuesday evening, lit candles and exhibited the photographs of those who lost their lives during EOKA's attacks.

Ayşe Osman, head of the Council of Turkish Cypriot Associations (CTCA) in the U.K., said the "Bloody Christmas" is a source of "great pain" for Turkish Cypriots.

The bodies of some of those who died in the attacks have still not been found, she noted.

Azize Solmaz, a relative of Cahit Lütfüoğlu, who was killed during the attacks in January 1964, said his body has yet to be located.

"He took the risk to buy something to eat for his family and left the village, but he never came back," she said.