Turkish diaspora in US reconnects with home online 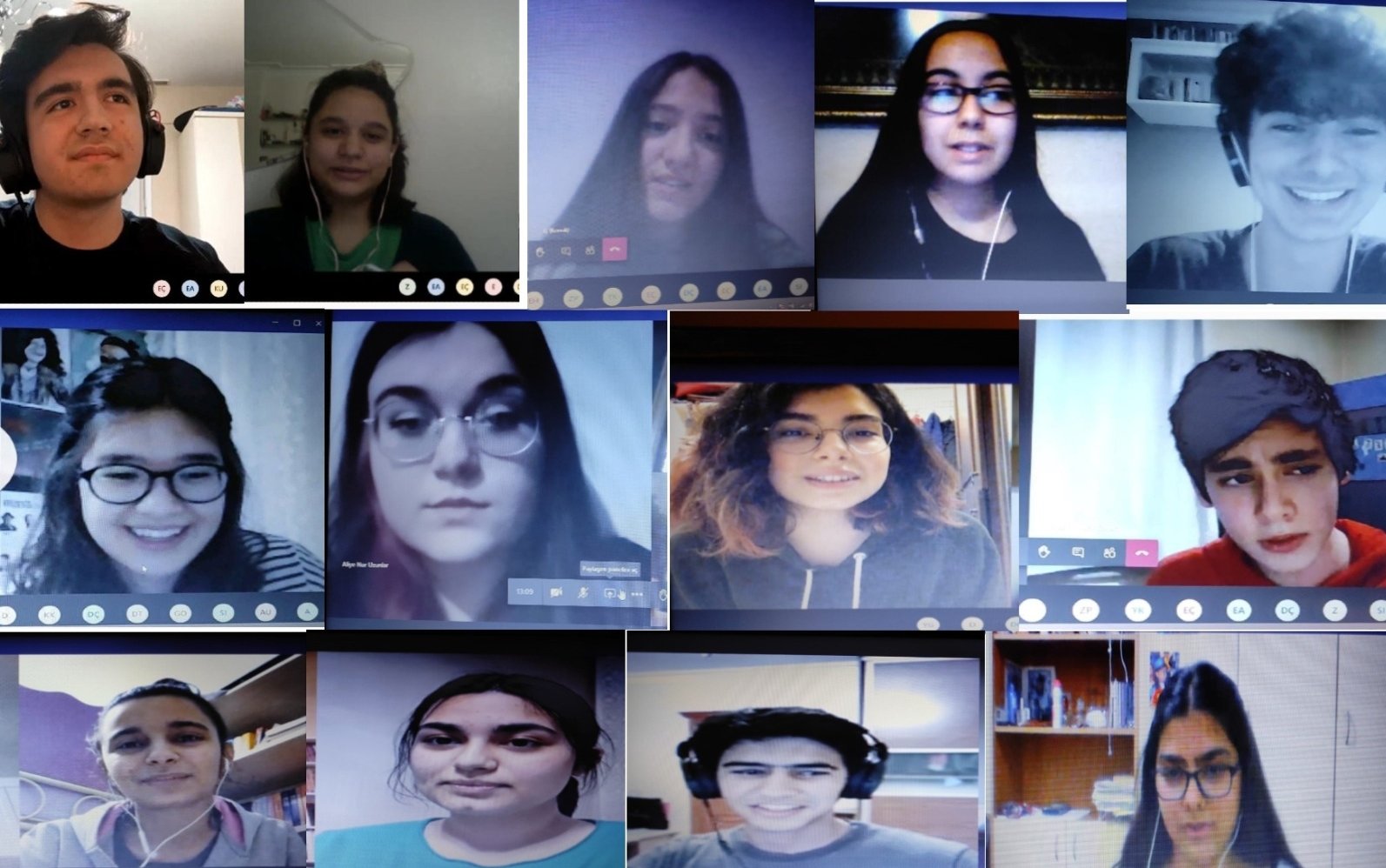 Youth from Turkey and United States learn about Turkish culture and the English language from each other thanks to the online project. (AA PHOTO)
by DAILY SABAH Mar 14, 2021 3:16 pm
RECOMMENDED

Turks Without Borders, a project by a U.S.-based nonprofit, helps young members of the Turkish diaspora in the United States to get in touch with their homeland while giving their peers in Turkey a chance to learn English.

Initiated by the Turkish American Cultural Association of Washington (TACAWA), the project is basically an online meeting between Turkish youth born and living in the U.S. and those living in Turkey. The association says it aims to boost diaspora youth’s bonds with Turkey.

One day every week, young people from both countries, living in different cities, hold online video group chats in English. For those in Turkey, it helps to polish their English language skills while those in the United States learn new things about Turkish culture.

Ülkü Tuna Umay, a coordinator for the project, told Anadolu Agency (AA) that they brought together 84 Turkish youth from Dallas, Texas; Ohio, Colorado, Portland, Oregon; Atlanta, Georgia; Miami, Florida; and Washington, D.C., with 84 young people from Turkey’s Sakarya, Çorum, Gaziantep, Yalova, Istanbul, Ankara, Muğla and Izmir. They first arranged a meeting with students from a middle school in Yalova but later switched to high school students. Every Saturday or Sunday, eight young people from both countries meet online for one hour. They talk about their daily lives, their culture, etc. “We don’t allow them politics or religion only,” Umay says. “It is basically a cultural exchange with the added advantage of young people in Turkey being able to learn a language. For instance, our youth in the United States learn about Turkish proverbs and common phrases. We receive positive feedback from parents especially,” she said. Ferhan Serpil Ingeç, another coordinator for the project, said the Turkish youth in the U.S. had limited knowledge of Turkish culture. They had little opportunity to learn about it, even if they spend their holidays in Turkey, as they spend time with a small circle of relatives most of the time. “We choose different topics for them to discuss, like relations between neighbors in Turkey, religious holidays, school life. Thus, both sides can learn something about each other’s way of living,” she said.

Ebru Erenoğlu Zorer, an English language teacher at Hasan Ali Yücel Social Sciences High School in the capital Ankara whose students attend the project, says she noticed a change for the good in language learning among her students. “The most common complaint among our students is being able to understand what others speak in English but the inability to speak like them. This program helps them improve their speaking skills,” she says.