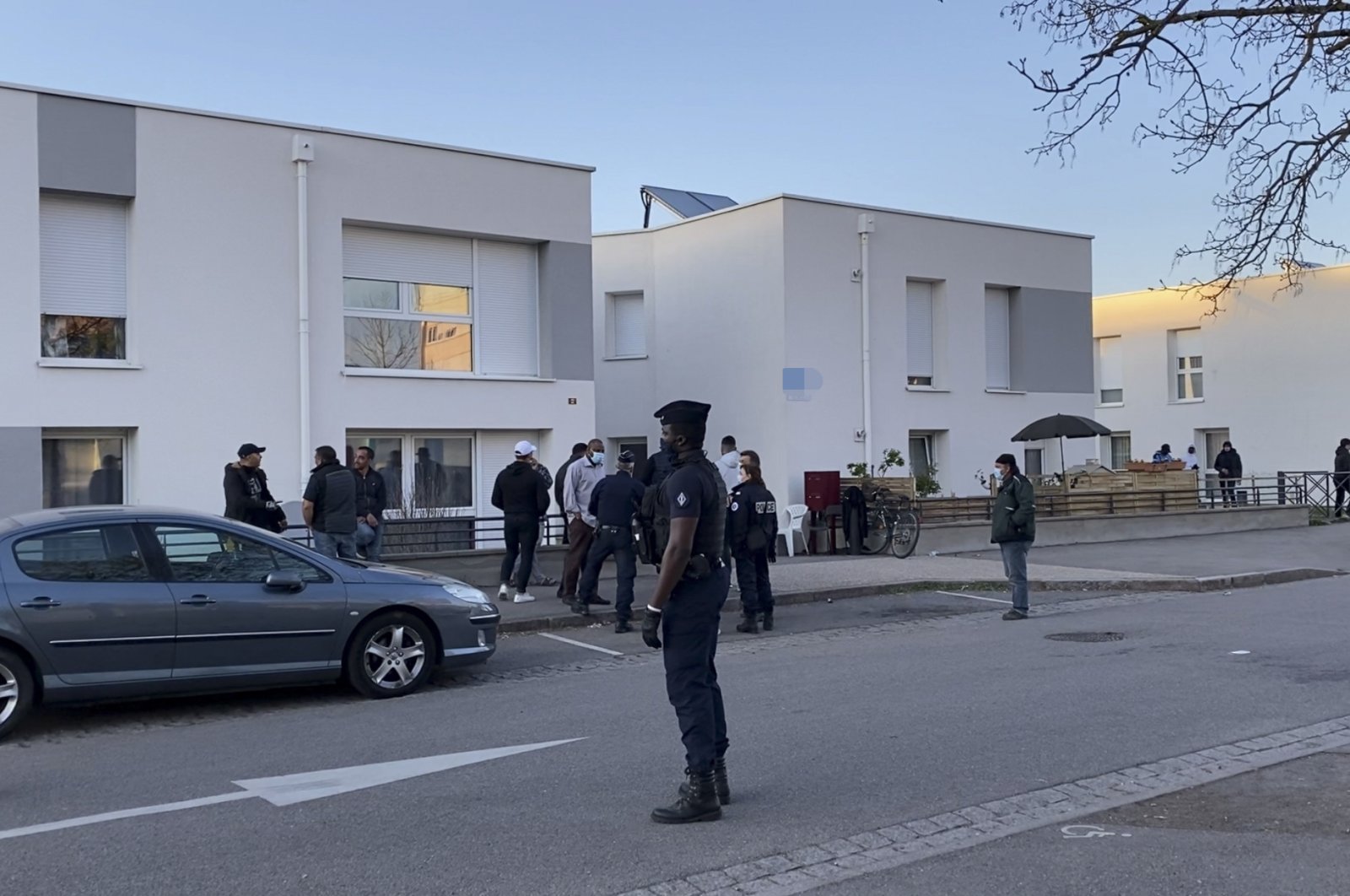 The Turkish family that was attacked by a group of Armenians in the city of Saint-Die-des-Vosges in France stated that the members of the group came and attacked by firing shots in the air and emphasized that they complained about the incident and would seek to press charges.

In the Kellerman neighborhood of the city of Saint-Die-des-Vosges, Ali Ç. and his family were attacked by a group of approximately 40 Armenians on April 25.

It was stated that the group also included a person who went to Nagorno-Karabakh, where clashes between Azerbaijan and Armenia took place in autumn last year.

Turkey's Ambassador to Paris Ali Onan visited Vosges Governor Yves Seguy on Monday and voiced his expectation that the perpetrators of the attack would be arrested. Strasbourg Consul General Muzaffer Rami Şaylıman also visited the family on April 25.

Ali Ç. stated to Anadolu Agency (AA) that they were sitting in the garden of the house on April 25. "I saw about 40 people coming with 10 vehicles. They were chasing a child. When they saw me, they jumped into the garden, and 40 people attacked me. They started to shoot me. At that time, my wife was cooking. She threw the boiling water at them and I could just barely get away."

Stating that his son and his nephew prevented the Armenian group from entering the house, Ali Ç. said, "(The Armenians) hit their head with a truncheon. One of them is being treated in the hospital in intensive care, the other has seven to eight stitches on his head. They had iron, knives and guns."

Ali Ç. said that the Armenian group tried to break the door down because they could not enter.

Explaining that the group approached them by opening fire in the air, Ali Ç stated that they beat him in the garden of the house and said: "I could not think of anything at that moment. 40 people came running over to me. What can I think? It was something I never expected. Today we went to the (police station) and gave our statement. We filed a complaint. We will seek our rights."

Sinan Ç. from the family also noted that the Armenians beat his nephew 1 1/2 months ago, but they handled the incident.

Stating that the Armenians attacked his nephew again on April 24, Sinan Ç said: "My nephew said to the Armenians, 'don't do it,' but then they fought. This (attack) incident began on Saturday, April 24, with a fight."

Sinan Ç. stated that 10 Armenians came after his nephew again on the same day, but the family intervened. "We said, 'Don't do it like this.' They apologized. We forgot the incident. We did not expect such a reaction because we thought the incident was over. On Sunday, 10 cars, 40 people came and attacked my brother. Three people attacked by 40 people. Four injured, one person is still in the hospital. (The Armenians) had knives and guns in their hands," he said.

Sinan Ç. said that it was this incident when the Armenian group shot rounds in the air outside the house.

Stating that his son-in-law Ramazan Y. was stabbed and beaten over the head in the attack, and his nephew Halil Ç. had three fractures in his skull, Sinan Ç. stated that Halil Ç. injuries may require surgery.

Sinan Ç. said, "40 people came to kill. Today we could have been announcing the news of a funeral. We could have reported that 'a Turkish citizen died.' There is nothing more than that."

Stating that they received support from the Turkish community and neighbors in the city, Sinan Ç. said: "Nobody sees this as normal. The invasion of the house is not normal. Ten cars coming and invading a house (are not normal). Doing this is neither humanity nor worthy of society."

Sinan Ç. noted that Şaylıman and the Ministry of Foreign Affairs were interested in the incident and thanked him.

Stating that only 10-15 Armenian families live in the city, Sinan Ç. pointed out that Armenians were gathered from the surrounding cities in order to carry out an attack.