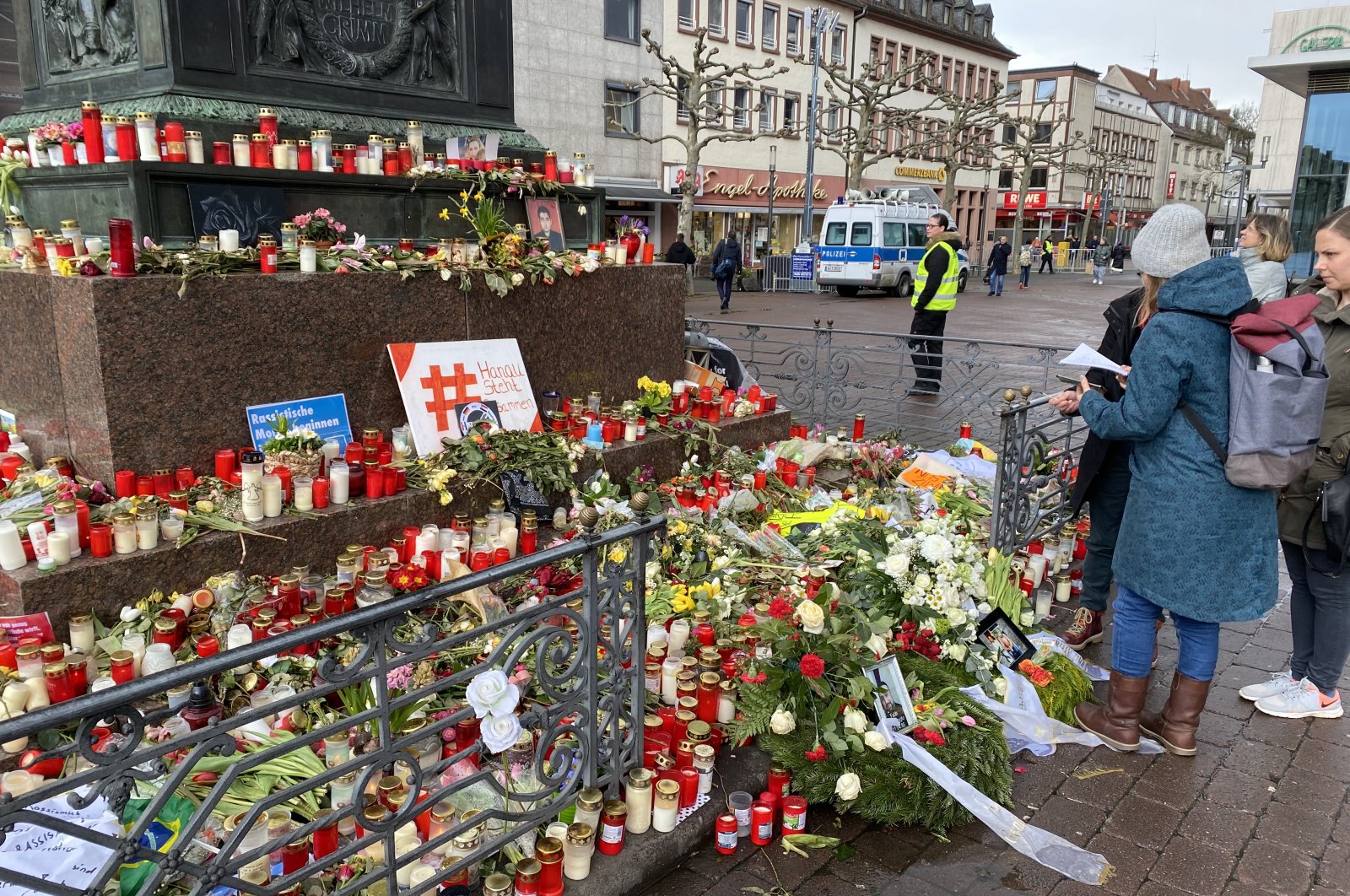 The city of Hanau, best known as the birthplace of the famous folklore collectors Jacob and Wilhelm Grimm, has now become a city of terror.

It has been two weeks since a racist terror attack in the German city, but the tension in the city is still high. After a German far-right radical stormed into two shisha bars and fatally shot nine people, including five Turks who were perceived as “foreign,” fear and anxiety has filled the city.

Doğukan Cav, who works in the restaurant opposite the bar where the first attack took place, said that victims' relatives visit the restaurant where he works and talk about the incident every day.

“We have lived here (in Germany) for years. We grew up here and felt some cultural connection with locals. We were thinking that they also feel it. But some of them still think of us as third-sort people. This attack was based on this.”

In Cav’s opinion this onslaught is a result of many years of “why are you still here?” and “get out” thoughts that were growing within the public.

Two weeks after the carnage in Hanau, people are still scared.

“My family and 7-year-old child still get up and check the doors,” said Şahin Öztürk, who lives in Hanau. “We are mourning. We never thought that such a thing could happen, especially in a place like Hanau. We are very sorry. We lost our precious friends.”

Hanau was the latest in a series of far-right terror attacks in Germany. But many say that after the shooting, “the city of fairy tales became the city of terror.”

Cav said he has many German friends, and it is very important to maintain these friendships. He noted that for a large number of Turks, Germany is a second motherland. Cav hopes for a bright, united and tolerant Germany.

Germany was rocked by two shootings carried out by Tobias Rathjen, a terrorist harboring racist views. Rathjen gunned down nine people of immigrant backgrounds, including five Turks, before killing himself in the town of Hanau. It was one of the worst acts of terrorism with racist motives in recent memory.

Racist attacks targeting Muslims or immigrants increasingly make the headlines as white supremacists become more efficient in an age where their ideals, or at least parts of them, are going mainstream. Not a single, large terrorist group harboring a racist agenda against Muslims and immigrants exist, but copycat attacks apparently inspire more to take up arms. Germany's neo-Nazi scene, for instance, produced National Socialist Underground (NSU), a gang of only three members. They were few in number but had long gone undetected, apparently protected or conveniently ignored by authorities for a year before their murders of nine immigrants between 2000 and 2006 were disclosed years later.