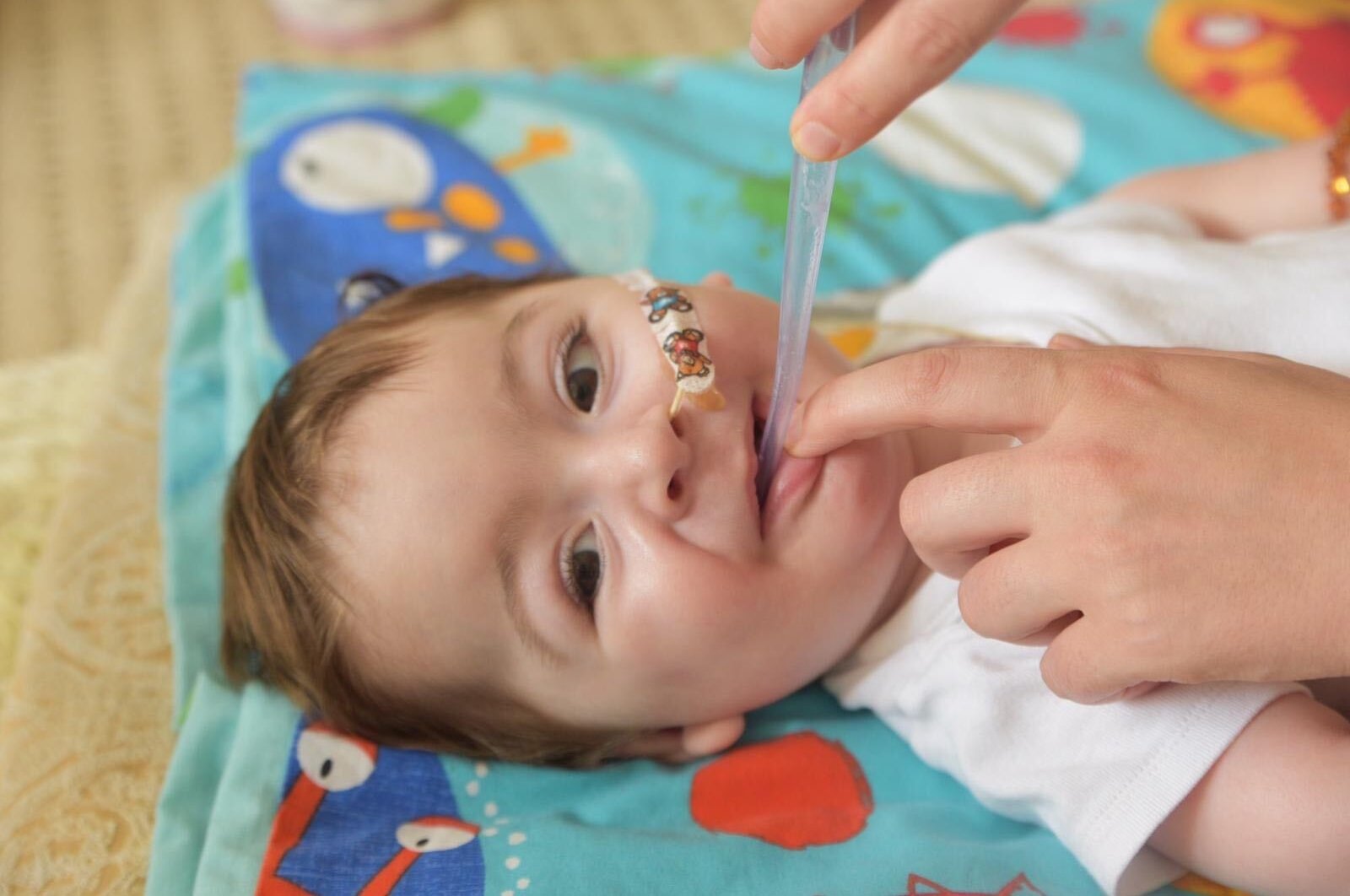 Metehan Fidan has been suffering from SMA since he was only a month old.
by Şeyma Nazlı Gürbüz Sep 09, 2020 1:48 pm
RECOMMENDED

Eleven-month-old Metehan's struggle with spinal muscular atrophy (SMA), a rare genetic disease affecting the muscles, started only a month after he was born, as his parents started to notice some changes in his muscle movement. Being diagnosed with the deadly disease soon after, the infant now needs help for a treatment that could potentially save his life. His parents have launched a donation campaign to gain support.

"He had a normal birth. He was a very healthy baby for the first four to five months," said his father Tuncay Fidan. "Then, everything started to change so fast."

Metehan, the firstborn in his family, first stopped moving his legs, then his hands and eventually his neck, to the point that his muscle movement almost completely stopped within a short period of 10 days. Alarmed by their son's quick change, Fidan and his wife, who are based in the U.K., immediately went to the doctor and yet, failed to receive the treatment they expected.

"In the U.K., as a citizen, in case of an illness, unless there is an emergency, you have to go to the family practitioner first, and if the practitioner finds it necessary, he/she directs you to the hospital. However, although we went to our family practitioner multiple times at that period, we were sent home instead of the hospital as they claimed these anomalies might be seen in some babies. Finally, as I became a bit more persistent, they directed us to a child illnesses expert in a hospital, who directed us to a muscle illnesses expert," Fidan said. After being directed from one doctor to another, Metehan finally underwent a genetic test, which ended with his diagnosis of SMA type 1.

According to Fidan, since this is a rare disease, the doctors themselves were not very knowledgable on the issue at first.

"They told me that there is no treatment for the disease. They said that usually, children with SMA cannot even reach age 1, and even if they do, they would survive till the age of 2 at max. However, when I made my search on the internet, I found out that there is a needly that is being used for the SMA treatment," the father expressed.

When he informed the doctors about the needle Spinraza, the world's first approved SMA medicine, they directed the family to a more equipped hospital, where the needle treatment was started for Metehan. In this treatment, the patient needs to be injected with the needle every four months in order to survive. However, there are some preconditions to this treatment. The patient is obliged to take a physical treatment before every injection and is evaluated based on his/her performance in this treatment. If his/her evaluation results come back poorly, then the treatment ends. Another precondition is to be healthy at all times since being hospitalized for any reason leads to the end of the treatment. Besides, the needle only allows the patient to survive, without enabling the patient to regain their lost motor functions. Yet, the needle is not the only option for little Metehan's survival.

"Now, we launched a donation campaign for a genetic treatment, Zolgensma, which aims to inject the missing gene that causes this disease in the child. This is a one-time treatment that can be found in the U.S. and some European countries. It presents hope for children like Metehan," Fidan said.

Zolgensma by Swiss drugmaker Novartis is among the world’s most expensive medications. The company announced earlier last year that a lottery would be held for a free supply of the drug for one child every few weeks. U.S. health authorities gave the green light for the product Zolgensma on May 24, 2019. Many families have started funding campaigns to finance costly therapy. It still has not been approved in Turkey. Novartis said it came up with the lottery scheme because it wanted to make the drug available around the world as fast as possible, beyond the 200 children who have received it so far in the U.S.

According to the father, if this treatment works, Metehan will be able to pursue a much more normal life as he will be able to sit down, eat by himself, breathe freely and even walk.

"Of course, it is a bit of too much to expect that he can run one day. But, to be honest, there are some cases that receive this treatment and now are able to run and live a normal life," Fidan said. The treatment costs $2.1 million and could cost as much as $2.4 million as Metehan will need a three-month-long rehabilitation process at the hospital afterward, in order to check how he responds to the treatment.

Even though the campaign began only on Sunday, the parents have managed to gain substantial support from both the U.K. and Turkey, by raising 35,000 pounds ($45,229) so far. Still, Fidan highlights that it is not enough.

With the campaign slogan of "Metehan has hope," the family aims to reach the number that the treatment requires as quickly as possible since it cannot be applied to children older than 2 and the smaller the child is, the more effective the treatment.

"Currently, we are at the risk of losing our child at any time. We are living in fear and the pandemic has increased the life risks for Metehan since there is the possibility of catching the virus all the time, which would end his life," Fidan stated, calling everyone to support their cause.

"This has been a challenging process for us both psychologically and financially. Our child suffers in front of our eyes every day. Of course, we want our son's health first and foremost, but we also want that no other child would suffer from this disease," the father said.

The family conducts its donation campaign on its Instagram page @metehan_smajourney.