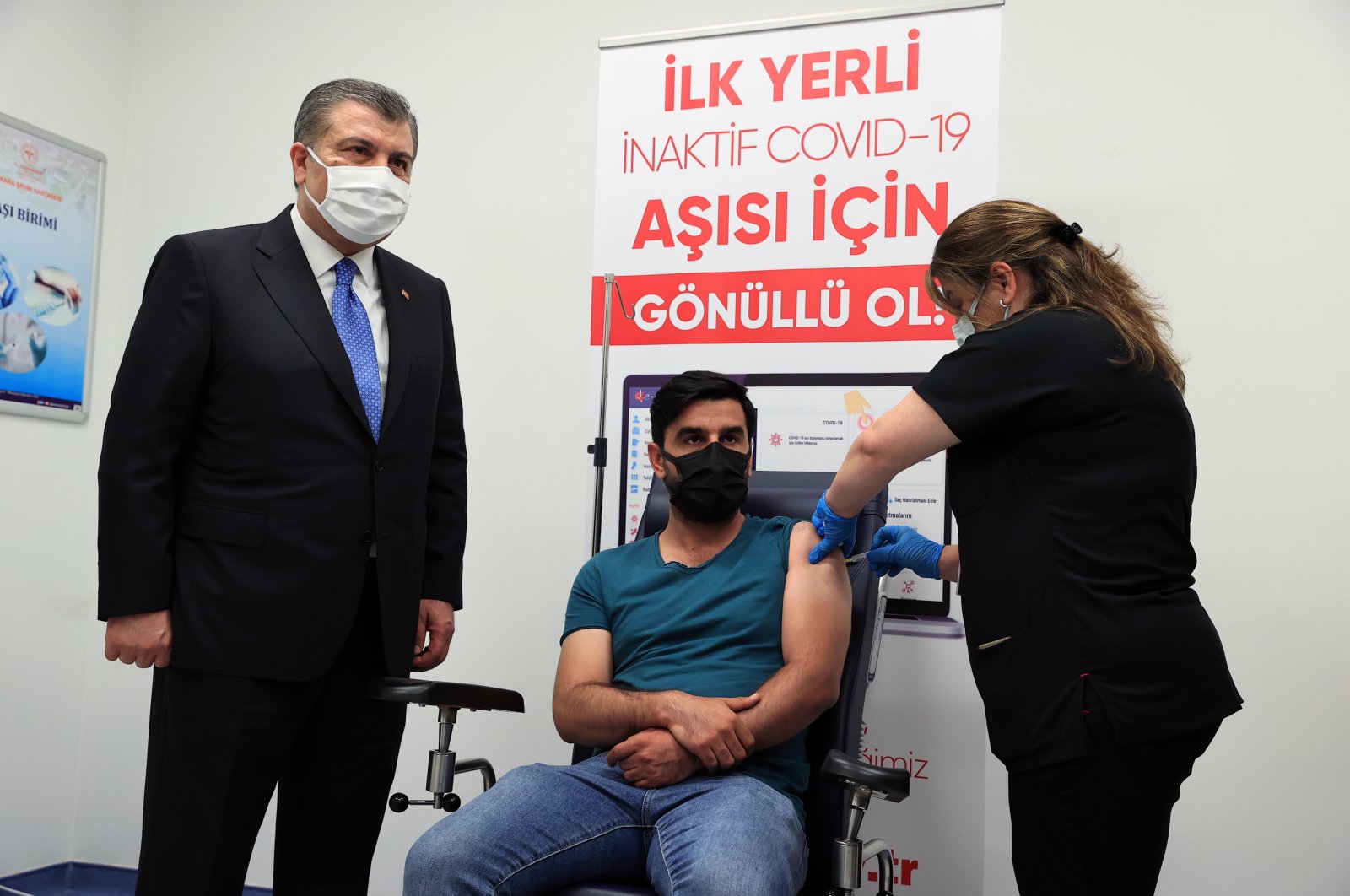 An inactive coronavirus vaccine began Phase 3 trials on Tuesday at a ceremony attended by President Recep Tayyip Erdoğan. The first volunteers were injected with the jab, which was named “Turkovac” by Erdoğan.

The vaccine is being developed in cooperation with Erciyes University and Health Institutes of Turkey. It was tentatively named Erucov-Vac, after the name of the university. It is expected to be the first locally-made vaccine to be available in the country if it receives approval from Health Ministry after safety tests. Earlier, authorities announced that it may be available before the end of 2021.

Speaking in a videocall to officials, including Health Minister Fahrettin Koca at the ceremony held at the vaccine application center at Ankara City Hospital, Erdoğan said the locally-made vaccine was “critical” to save Turkey from the threat of a pandemic. “This is the last stage to have our own vaccine. I hope the vaccine will start mass production and have widespread use soon. I call upon our citizens to get vaccinated as soon as possible to protect themselves and their loved ones from this (pandemic),” Erdoğan said.

The president said they aimed to vaccinate the entire population age 18 and above within a few weeks and lift more restrictions with new "progress in the fight against the pandemic and through vaccination."

The vaccine will be tried on thousands of volunteers and experts say the whole process can be concluded by November. If its approval is fast-tracked, it will be fully available for the Turkish public by the start of next year. The trials will be held in more than two dozen centers across Turkey. The country also plans to export the vaccine once it is approved.