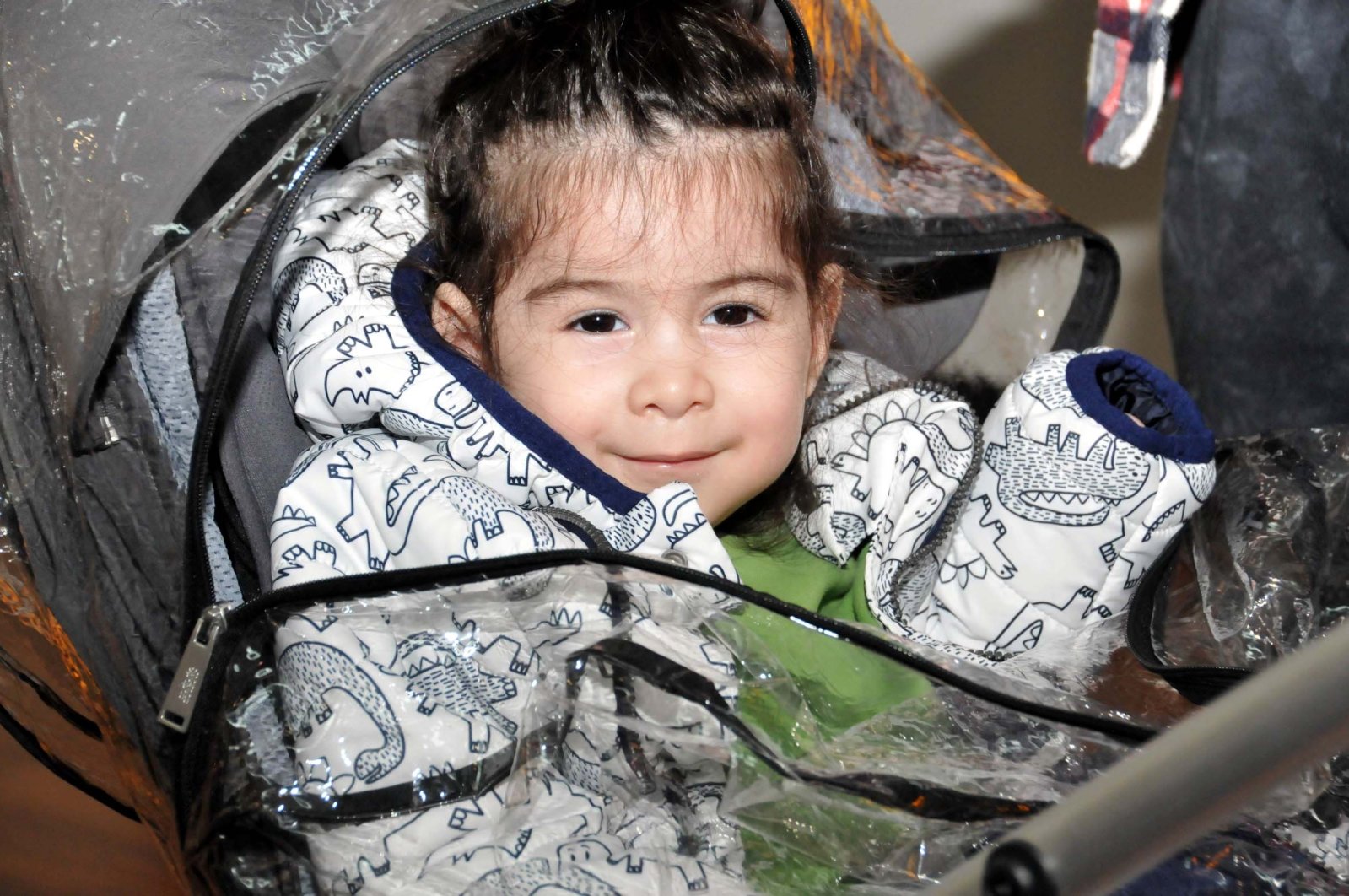 Demir Ali, an 18-month-old boy suffering from spinal muscular atrophy (SMA) is set to travel to the United States for gene therapy. The boy, accompanied by his parents, left his hometown Ordu in northern Turkey for the therapy after the family managed to collect the 2.1 million euros ($2.5 million) required for the treatment. A nationwide campaign was launched in June for Demir Ali’s therapy which would rely on Zolgensma, a drug developed by Switzerland-based Novartis.

He will spend four months in gene therapy, and the family hopes he will recover from SMA, a health condition seen in one in every 6,000 births in Turkey. SMA affects muscles as its name implies and causes a loss in motor neuron cells in the spine, limiting the movement capacity of patients. The gene therapy currently practiced in the U.S. has a 95% success rate. Demir Ali’s parents Ibrahim Kubilay and Ezgi Bayraktar had launched a social media campaign for donations, which drew funds from everyone, ranging from celebrities to businesspeople.

Bayraktar thanked everyone as the family boarded a plane to Istanbul where their U.S. flight will take off. She told reporters at the airport in Ordu that Turkey demonstrated a great example of solidarity. “We had a goal to finish the campaign in 100 days and flew one balloon for each day. Indeed, we ran out of balloons. We worked hard to collect donations, and the entire city of Ordu and Turkey helped us. Some gave TL 10 ($1.2), some gave more, but all of it helped to save a boy’s life. I can now dream of my son’s future; I can imagine him going to school. You cannot know how great it is for me,” she said. Bayraktar said the therapy would start on Dec. 8, and after the administration of drugs, physical therapy would begin to help Demir Ali be able to walk properly. “We will fly now and hope he will walk back,” the mother said.

Zolgensma by Swiss drugmaker Novartis is among the world’s most expensive medications against SMA. Although most SMA patients can be prescribed Spinraza, the world's first approved SMA medicine, some do not respond to this drug. U.S. health authorities gave the green light for the alternative product Zolgensma on May 24, 2019. Many families have started funding campaigns to finance the costly therapy. It still has not been approved in Turkey or Europe.