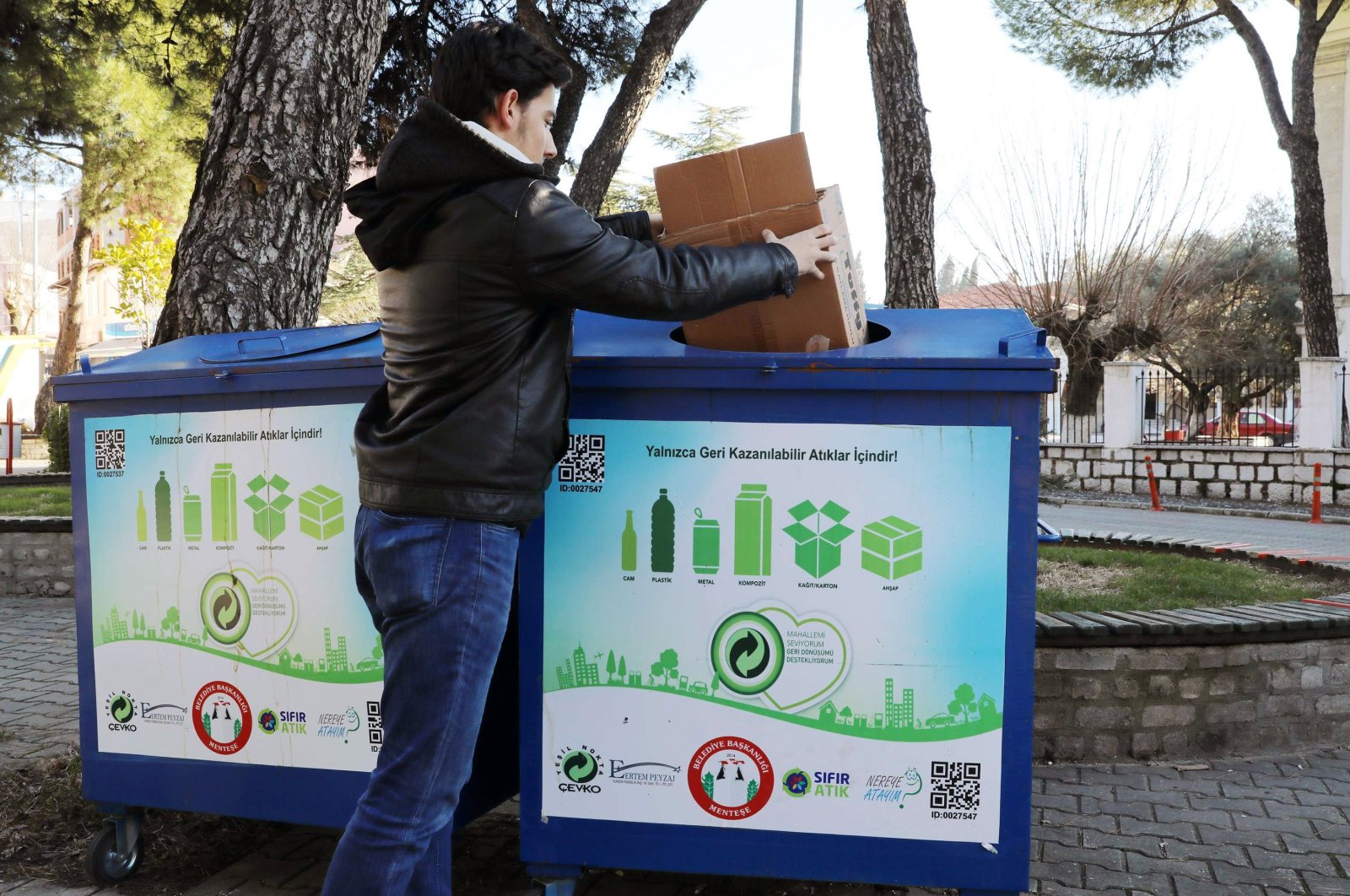 The ruling Justice and Development Party (AK Party) has drafted a new bill on the environment and presented it to the Parliament on Monday. The bill targets those caught randomly dumping garbage and failing to adapt to zero waste practices.

The party’s parliamentary group deputy chair Mehmet Muş told reporters at the Parliament in Ankara that the bill consisted of 39 articles, including one outlining the establishment of a new environmental agency.

The agency will organize the recycling of packages. “Turkey used about 20 billion cubic meters of glass, plastic, aluminum and metal packaging every year. Under a new scheme, the recycling rate for all types of packages will rise to 90%,” Muş said, highlighting that recycling would decrease demand for raw materials and curb emissions over the next two decades, saving the economy around 6 billion euros ($7 billion).

The bill also introduces a fine of TL 1,000 ($126) to those caught littering in public spaces. Meanwhile, businesses that fail to engage in a nationwide recycling system based on the country’s zero-waste policies will be subject to fines as well, of up to TL 20,000.

In 2017, Turkey launched the Zero Waste project to introduce recycling to the masses and raise awareness about increasing pollution.

The country has saved tons of plastic and made its seas cleaner, with thousands of buildings, residences and companies having implemented recycling into their waste disposal policies. Separate dumpsters for different types of waste are now commonplace in most places, with public agencies leading the way.

By the end of 2019, 25,000 public buildings had switched to the zero-waste system, with its first proponent, first lady Emine Erdoğan, having drawn attention to the concept everywhere she has visited, from international events to the United Nations, using these platforms to announce her aim for a comprehensive, nationwide implementation of the project across the whole of Turkey by 2023 – a year which marks the centenary of the foundation of the country.

The draft bill also includes regulations for bicycle lanes and the use of electric scooters, a popular means of transportation in the country in recent years. Lanes for bicycles and electric scooters will be clearly defined for the first time with the bill. Electric bicycles and scooters will have an age limit of 15, while scooters will be banned from use on highways longer than 50 kilometers (25 miles) in length. Scooter users will also be banned from carrying items larger than a backpack on the devices, while municipalities will be tasked with setting up charging stations to power them.

There are currently 35,000 e-scooters being used in Turkey by more than 3 million people. The coronavirus outbreak has significantly increased demand for these as more people seek to avoid public transport usage as much as possible. The Transport and Infrastructure Ministry recently announced a number of regulations for scooter use including speed and passenger limits.