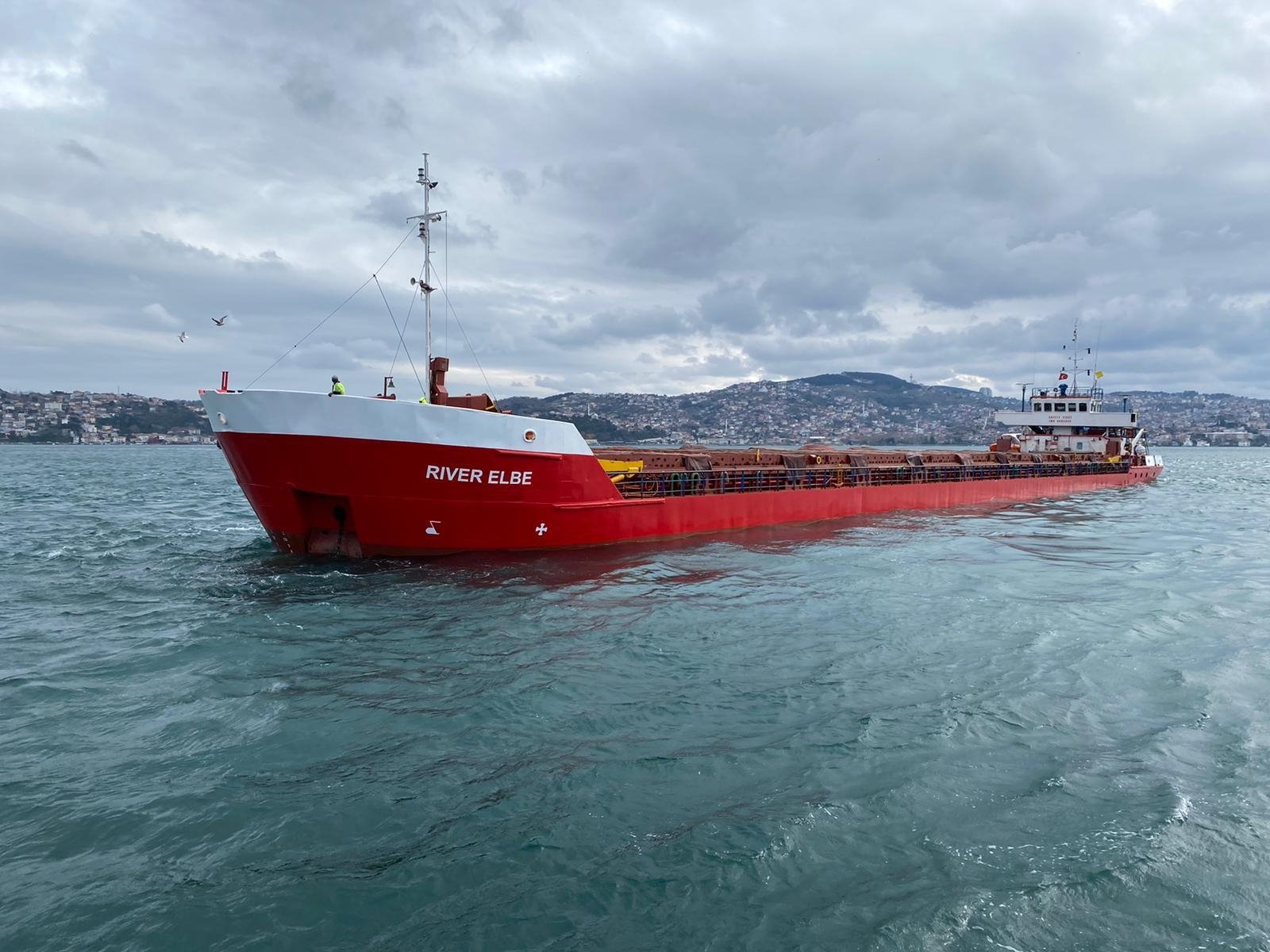 The potentially dangerous nature of Bosporus maritime traffic has proven itself once again after a cargo vessel drifting across the Istanbul waterway averted disaster and managed to stop itself from crashing just one meter (3.28 feet) from a waterfront mansion on Thursday.

Panama-flagged River Elbe was traveling to the United Kingdom from Russia when it arrived at the Bosporus on Thursday morning. The boat's engine suffered a glitch at around 10:45 a.m. local time, off the coast of the Yeniköy neighborhood on the European side of Istanbul. The 90-meter vessel started drifting across the waters, heading towards the coast. Onlookers captured the ship fast approaching the coast on their cellphones, including its dramatic halt in the nick of time.

The ship’s captain sought assistance from the Directorate General of Coastal Safety that help large, stranded vessels navigate the waterway. An emergency boat dispatched to the area helped the vessel change its course. The vessel was towed to an area off the Ahırkapı coast.

The Istanbul Governorate said in a written statement that the vessel should have anchored during the emergency when its engine suffered a problem. The governorate noted that Coastal Safety units were immediately dispatched to the area and found no casualties or damage to the surroundings from the incident.