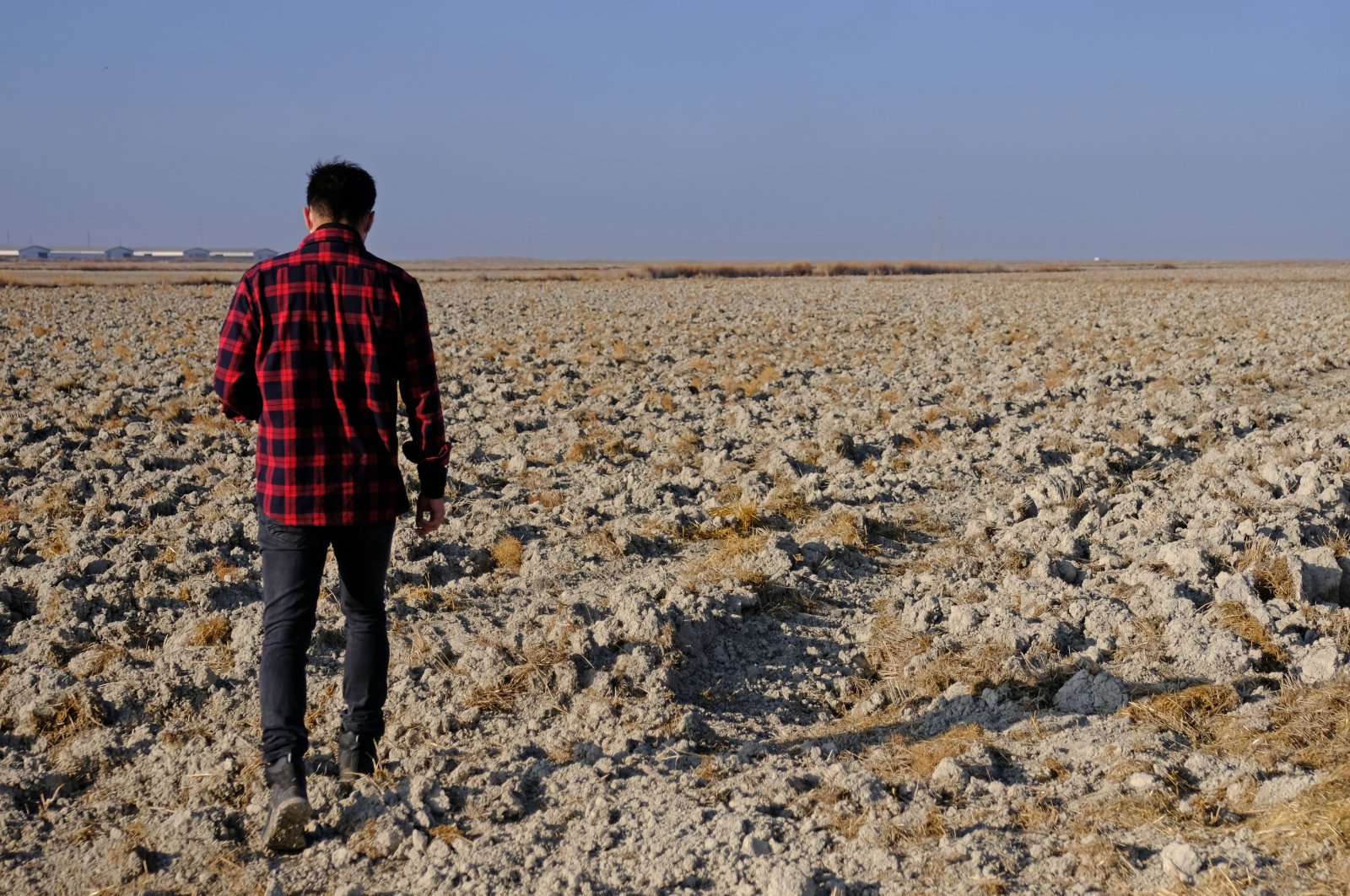 Lack of life-saving rainfall in the past six months triggers drought alert for Konya Plain, which is at the heart of country’s agriculture capital, raising concerns over future crops

Turkey has diversified its agriculture and created new hubs in the past decades but central Konya province remains at the heart of agriculture for the country with its large farmlands used for wheat crops. The vast Konya Plain that hosts those farmlands, however, are going through troubling times with the lack of precipitation. For the past six months, insufficient rainfall is hindering agricultural activities on the plain.

"We are going through a long dry season," Rıfat Kavuneker, head of Chamber of Agriculture in Karatay, a central district of the province, says. "There has been no precipitation in 28 out of 31 districts sharing the plain. It needs an immediate water supply," he said. Kavuneker said Karatay and Çumra districts were spared from the dry spell thanks to Blue Tunnel but they saw a 10% drop in yields and without rainfall, there won't be any soon. He was referring to a major irrigation project which supplies water to the plain from Göksu River which straddles through the provinces of Antalya, Konya, Karaman and Mersin. The tunnel which was inaugurated in 2015, provides irrigation to 235,000 hectares of land. Yet, it might not be enough, especially in light of improper irrigation practices, like farmers relying on underground water more for their fields.

Konya has a vast expanse of farmlands, at around 2.2 million hectares and about 2.5 million tons of grain are grown every year. Though the province has an arid climate, it went drier in the recent year, partly due to climate change. This year, the amount of rainfall was only 30 millimeters between July and December while it was 80 millimeters in the same period last year.

"Only Ilgın district had sufficient rainfall while it was only a drizzle for other districts. We see decay in seeds up to a rate of 20%. Those tapping into underground water saved their lands but for others relying on precipitation, the situation is not well," Kavuneker told Demirören News Agency (DHA) Thursday. The main solution, according to Kavuneker, is tapping into water resources, like rivers. "We have three other water tunnels planned for the plain. If their construction, activation is accelerated, we can benefit from a water resource wasted," he said.

Murat Akbulut, head of Konya Chamber of Agricultural Engineers, says they expect a massive rainfall next week but a 10% loss in crops for 2021 was inevitable. "If we can’t have more rainfall and snowfall, this number will go up," he warned.

Hami Yılmaz, a farmer from Meram district, uses underground water in the absence of precipitation but says those waters are also receding.

The Food and Agriculture Organization (FAO) of the United Nations runs programs to help farmers adapt to climate change in agricultural production. In Konya, with the cooperation of the Turkish government, it oversees sustainable land management and climate-friendly agriculture projects as farmers look to diversify crops to fight the drought imposed by climate change. In Konya and neighboring Karaman province, it runs no-till farming training programs as well as on programmed irrigation systems. Extreme irrigation in the region also remains a threat to agriculture. Traditional irrigation methods deprive the basin of more water and push energy use. These methods eventually lead to water resources drying up. FAO set up "training" lands in 39 locations in the region to show farmers proper irrigation through drip irrigation. Uncontrolled and negligent use of groundwater, combined with karstification, poses another threat for the region: sinkholes. Hundreds of sinkholes were reported in the region in recent years.

Turkey's other regions are also battling drought stemming from climate change. Presidency of Religious Affairs (DIB), announced Thursday that prayers for rainfall would be recited at mosques across the country after Friday prayers. A Friday sermon on the preservation of water will also be delivered at the mosques.