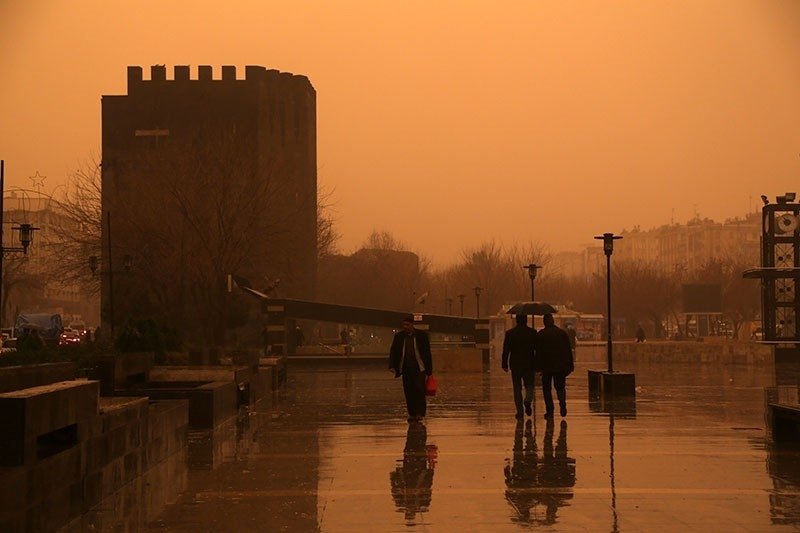 France is not the only country to be affected by sandstorms carrying the residues of cesium 137, used in nuclear tests by the country in the 1960s in the Sahara desert. Experts warn the dust, expected to move eastward and make a landing in Turkey soon, may be harmful for the population.

Bekir Taşdemir, a nuclear medicine expert from Dicle University, says though it is unclear how much cesium residue there is in the dust sandstorms brought, people need to be cautious. “Possible high rate (of cesium) will necessitate people to stay indoors. They should not breathe the air outside and not open their windows,” Taşdemir warned.

French experts had revealed that cesium was found in dust hailing from the Sahara Desert after a sandstorm on Feb. 6 traveled to the Jura Mountains. The same pattern of sandstorms is forecast for Turkey in the coming days.

Taşdemir told Demirören News Agency (DHA) on Wednesday that the movement of dust particles, when combined with rainfall, will be more dangerous. “You should take an umbrella or have protective clothing if it is necessary to go out. If it rains, you should rapidly remove your clothes and wash them and take a shower when you return home. If radioactive residues are accumulated on your body or clothes, it poses a risk. There is also the possibility that those residues will settle on fruits and vegetables and you should be careful washing them thoroughly before consumption, in case of such a sandstorm,” he added.

Cesium 137, a lethal chemical element, is used in the nuclear industry. When touched with bare hands, it can kill the person within seconds. It was emitted into the atmosphere after the 2011 nuclear plant accident in Fukushima, according to researchers. France had conducted its first nuclear test in the Sahara desert on Feb. 13, 1960. It carried out 17 nuclear explosions in the Algerian part of the Sahara Desert between 1960 and 1966. Eleven of the tests came after the 1962 Evian Accords ended the six-year war of independence and 132 years of French colonial rule. The issue of nuclear tests remains a major bone of contention between France and Algeria which claims the nuclear tests claimed the lives of a large number of people among the local population and damaged the environment.

The Sahara dust that has blanketed parts of southern and central Europe last month has caused a short, sharp spike in air pollution across the region according to researchers.