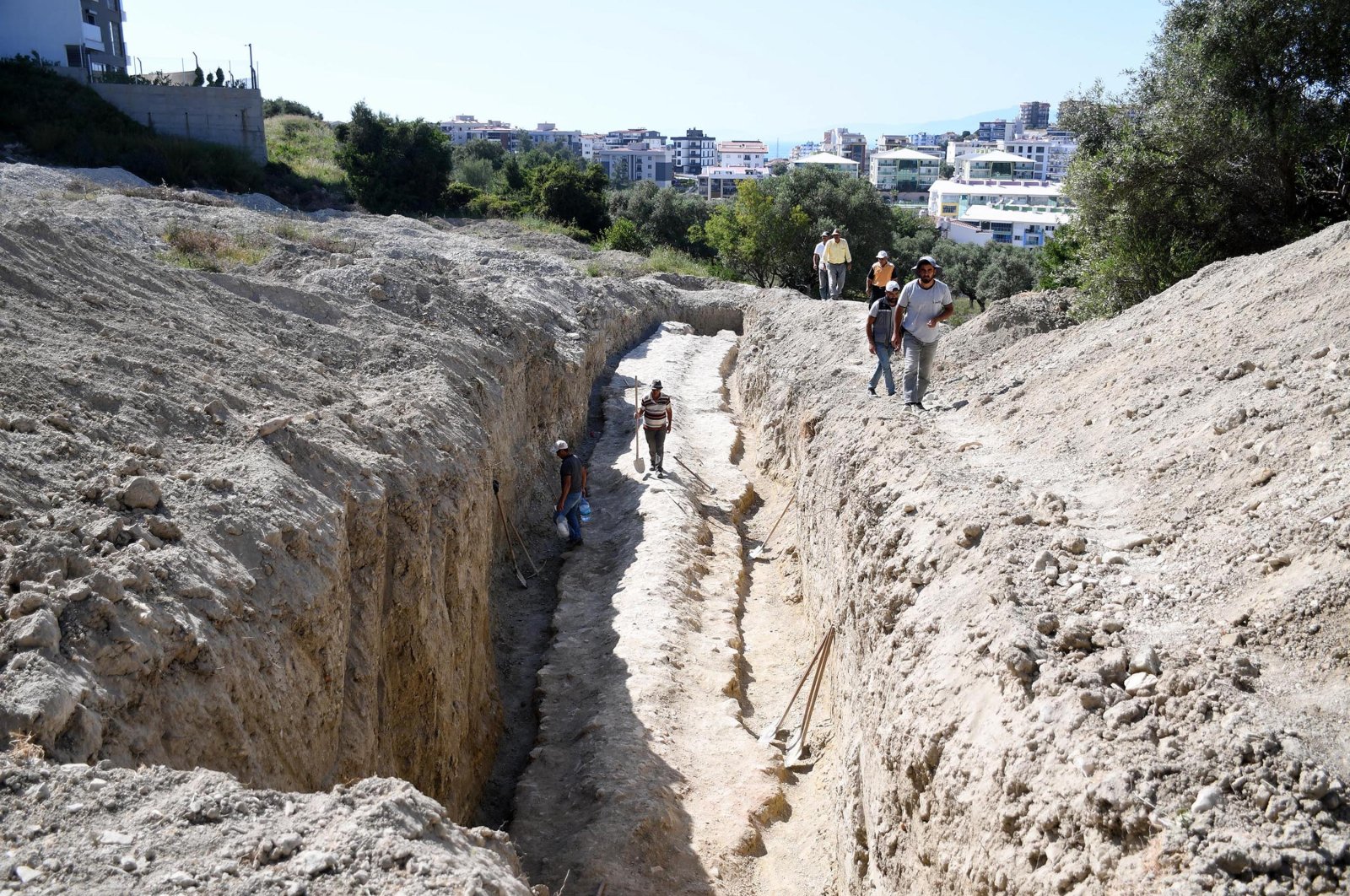 Researchers from Aydın Archeology Museum continue a field study to identify a newly discovered aqueduct in the Kuşadası district of Aydın, western Turkey, May 24, 2021. (DHA Photo)
by Daily Sabah with DHA May 25, 2021 3:11 pm
RECOMMENDED

A team of archaeologists and researchers has discovered a nearly 2,000-year-old ancient Roman aqueduct in the Kuşadası district of western Turkey's Aydın.

The channel may have carried water to the world-famous ancient city of Ephesus, the experts said.

The discovery comes two weeks after the team from Aydın Archeology Museum started a field study at a 24-decare olive grove in the Ikiçeşmelik district of Kuşadası.

They drilled some 250 boreholes, at a depth of 1 1/2 to 2 meters to detect any archaeological finds.

The research was expanded after finding the ruins of a 50-meter-long, 2 1/2-meter-wide and 1 1/2-meter-high aqueduct near a well.

It is estimated that the aqueduct dated back to the first century B.C. in the early Roman period.

The research also showed that the aqueduct may have been one of the channels carrying water to the ancient city of Ephesus in Izmir, which borders Aydın.

"At the time, this channel transported water to the ancient city of Ephesus in Izmir's Selçuk. We think that it was part of a 43-kilometer (26.7-mile) network. The building was surrounded and protected. Aydın is a city that has hosted important civilizations," said associate professor Umut Tuncer, the provincial director of culture and tourism.

"It is in a unique position both in terms of cultural tourism and the quality of its historical sites. We carefully protect the cultural heritage of our city," he added.

The Aydın Archeology Museum has previously discovered many more aqueducts in the city. Their teams of experts are working hard to discover and protect historical sites and structures.

"Ephesus, an ancient metropolis, depended on Kuşadası for its water supply. We have discovered numerous aqueducts here. We have also mapped them. This early Roman aqueduct, which is a closed basin water channel, may have been the main line of supply to Ephesus. We will secure the area to protect the structure," Aydın Archeology Museum Director Abdülbari Yıldız said.