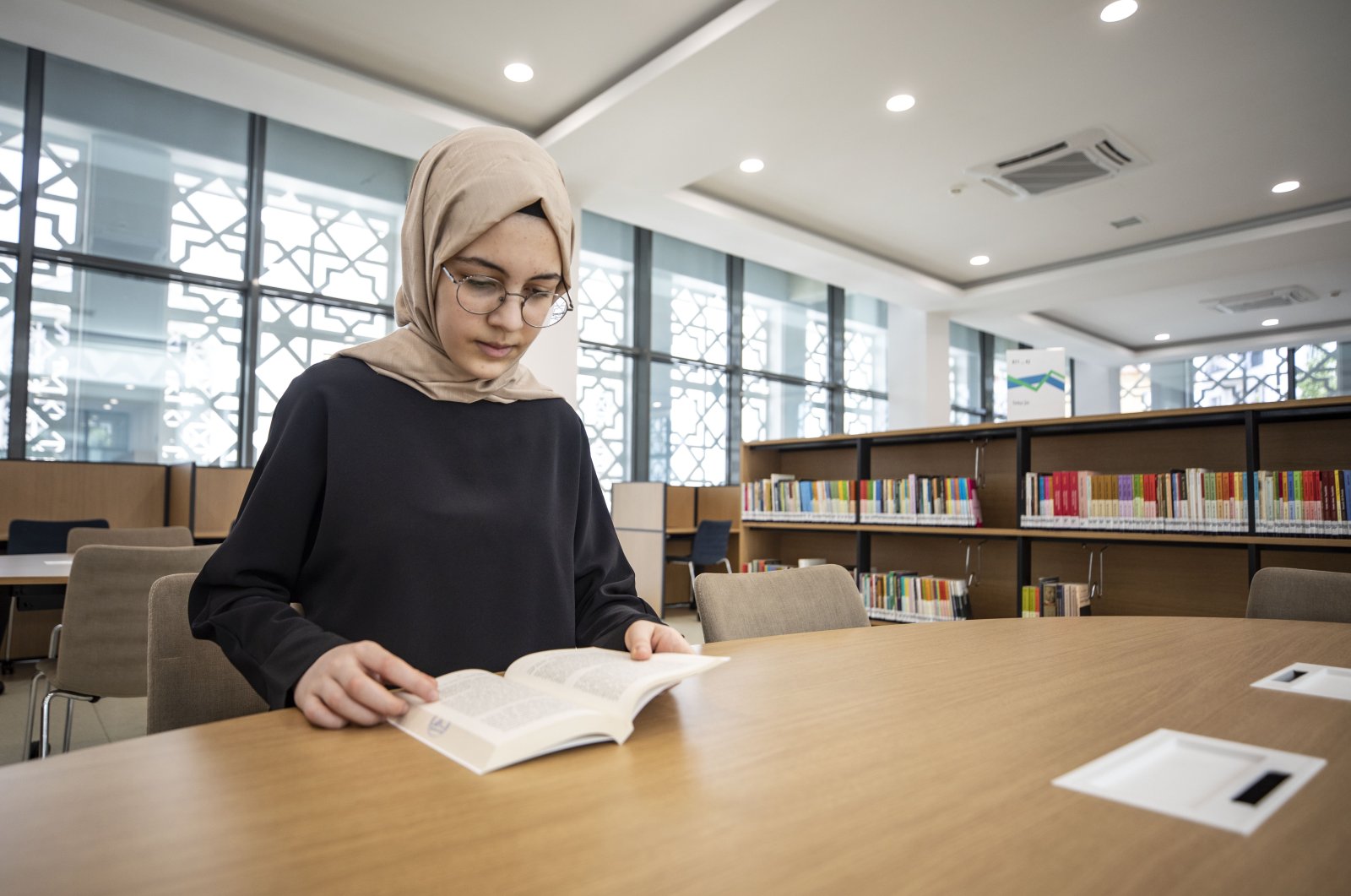 Iclal Dağcı, a 10th-grader at Istanbul's Kartal Anatolian Imam-Hatip High School, has learned five languages without taking any language course or receiving special education. She is now trying to learn German and Russian.

Dağcı supports students who are trying to learn languages ​​by publishing videos on YouTube. She is teaching language learning methods and participating in live broadcasts organized on various social media platforms. In her latest video, Dağcı explained how she learned Spanish by herself in a month.

Speaking to Anadolu Agency (AA), Dağcı stated that she has been interested in learning languages since childhood and continued her studies in this field with various projects on her YouTube channel.

“I started to learn English in primary school, then Arabic was added next to it in secondary school. In addition to these languages, I started to learn French on my own when I was 11 years old. Recently, I started learning Italian in January and Spanish in May this year," she said.

Dağcı told AA that she had a certain advantage while learning Spanish.

“My advantage in learning Spanish was that it was similar to other languages ​​I know. Since I could speak French and Italian before, I learned Spanish in a month,” she said, adding that English was the easiest language for her to learn.

Speaking about language choice, Dağcı said that she chooses the languages ​​to learn based on her previous language knowledge.

“When we learn a language only because of a career or responsibility, this can actually be a difficult process for us. But learning the language because of an interest in something, for example, a culture, makes it a more fun process for us. I chose the languages ​​to study in connection to the geographical regions that interested me the most. I am also trying to learn German and Russian right now," she said.

Stating that there is no target for learning a certain number of languages, Dağcı said: "My goal is not only to learn a few languages ​​in terms of numbers. I want to be able freely use the languages ​​I have learned in my daily life."

Dağcı gives advice to students who are in the language learning process and provides information about the topic through videos and live broadcast projects on YouTube.

"Most people around me didn't believe that someone could learn a language on their own without going to a course or without the guidance of a teacher. So when I realized that it is possible to learn languages without any support, I started to give advice to those around me, and afterward, I opened a channel on YouTube," she said.

"Learning a language is a natural process," Dağcı added.