52.2% of children victimized by cyberbullying in Türkiye: Report 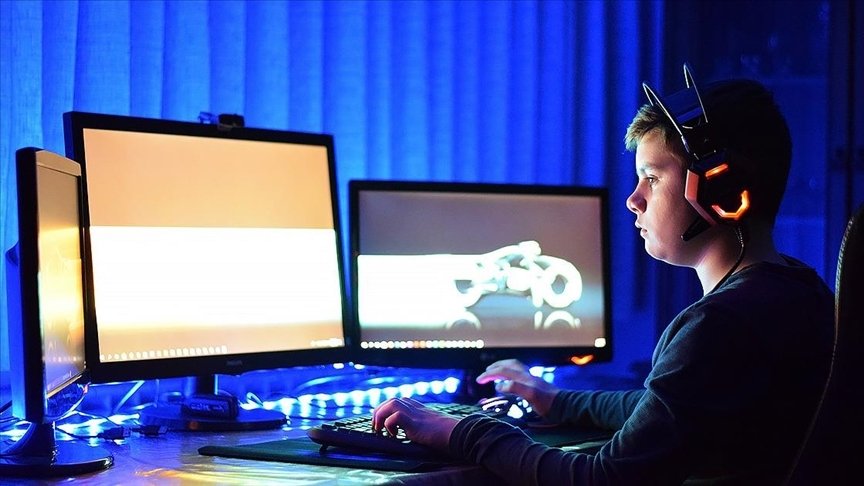 Despite the fact that there are several risks associated with using the internet, most parents are not aware of the issues or dangers their children may encounter. (AA Photo)
by Daily Sabah with AA Nov 04, 2022 12:18 pm
RECOMMENDED

The majority of students in Türkiye are exposed to offensive and obscene messages and half have witnessed others being cyberbullied, according to the Information Technologies and Communications Authority's (BTK) "Report on Conscious and Safe Internet Use Experience and Habits of Children and Parents in Türkiye."

The Ministry of Transport and Infrastructure's division BTK carried out field research and found that 23% of the country's children between the ages of 15 and 16 were exposed to offensive material and 52.2% of the kids had reported witnessing "cyberbullying" online. In addition, 48% of the kids admitted that they had seen someone else receive communications that were inappropriate for public consumption.

The BTK Safe Internet Center conducted fieldwork with a total of 2,222 samples, of which 1,111 were students and 1,111 were their parents, in 12 regions around Türkiye. This resulted in a paper titled "Conscious and Safe Internet Usage Experiences and Habits of Children and Parents in Turkey."

According to the data, 40.8% of the study's participants said they accessed the internet mostly through their smartphones, compared to 4.4% of those who said they used the computers in their schools. According to the report, the vast majority of kids in this age group are smartphone owners.

Although it can seem like the activities kids engage in online are related to learning and assignments, the outcomes were startlingly different. Some 64.4% of kids enjoy watching random videos; however, this habit demonstrated that the kids are eventually sidetracked from their objectives.

Despite the fact that there are several risks associated with using the internet, most parents are not aware of the issues or dangers their children may encounter.

In the meantime, the BTK Safe Internet Center works on numerous initiatives to establish a secure online environment. It conducts its operations in three key areas: notification, help center and awareness raising.

The "Online Safety Strategy for the Protection of Children" report was published by the institution and put into action (2022-2024). The strategy's seven aims and 28 targets ensure that progress is tracked, and performance indicators have been established for each aim. Monitoring and assessments will be done every six months while the approach is being implemented.

As part of the efforts, a large target audience was reached through the "Province Türkiye Safe Internet Seminars," starting with schools, students, parents, instructors and public employees. The participants in the training and seminars received information on how to utilize the internet, social media, digital gaming platforms and contemporary digital issues. For almost 20,000 children, teachers and parents this year, 90 training sessions and seminars on safe internet use were held.

With these initiatives, the goal is to protect society, particularly children and young people, from the dangers of online abuse, misinformation, obscenity, various forms of digital propaganda, cyberbullying and online violence.