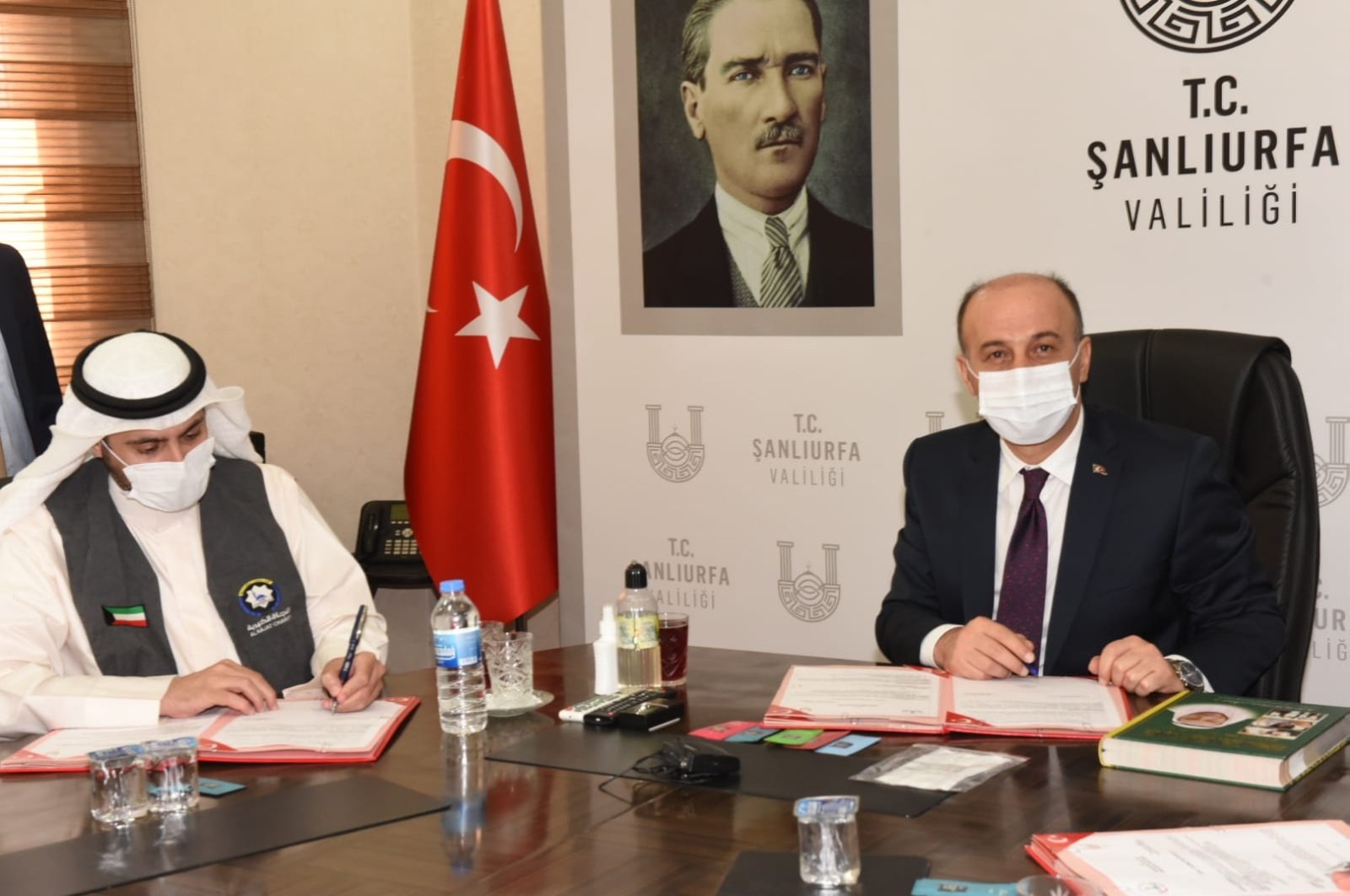 According to details from AA, the charity will build a high school with 12 classrooms, a primary school and a secondary school, both with eight classrooms. Al-Najat will also build an artificial turf-based football pitch.

The Şanlıurfa governorate said in a statement that it had signed a protocol with the charity for the construction of the schools.

Governor Abdullah Erin said that the governorate had been working with the Kuwaiti charity for the last three years.

“The support of Kuwaiti philanthropists for Syrians seeking refuge in Turkey has been exemplary, especially for Islamic countries,” Erin said.

“The schools and the football pitch will be open for use by the Syrian children and Turkish children alike,” he added.

On the other hand, Ibrahim Al-Bader, president of the Al-Najat Charitable Society, said Kuwaiti philanthropists want to spearhead charity efforts.

“We want to undertake the humanitarian and Islamic responsibility that we have,” he said.

AA also reported that Şanlıurfa’s Provincial Directorate for National Education would allocate land for the schools and football pitch.

The right to use the schools and pitch will belong to the Ministry of National Education, though the charity will name the facilities.