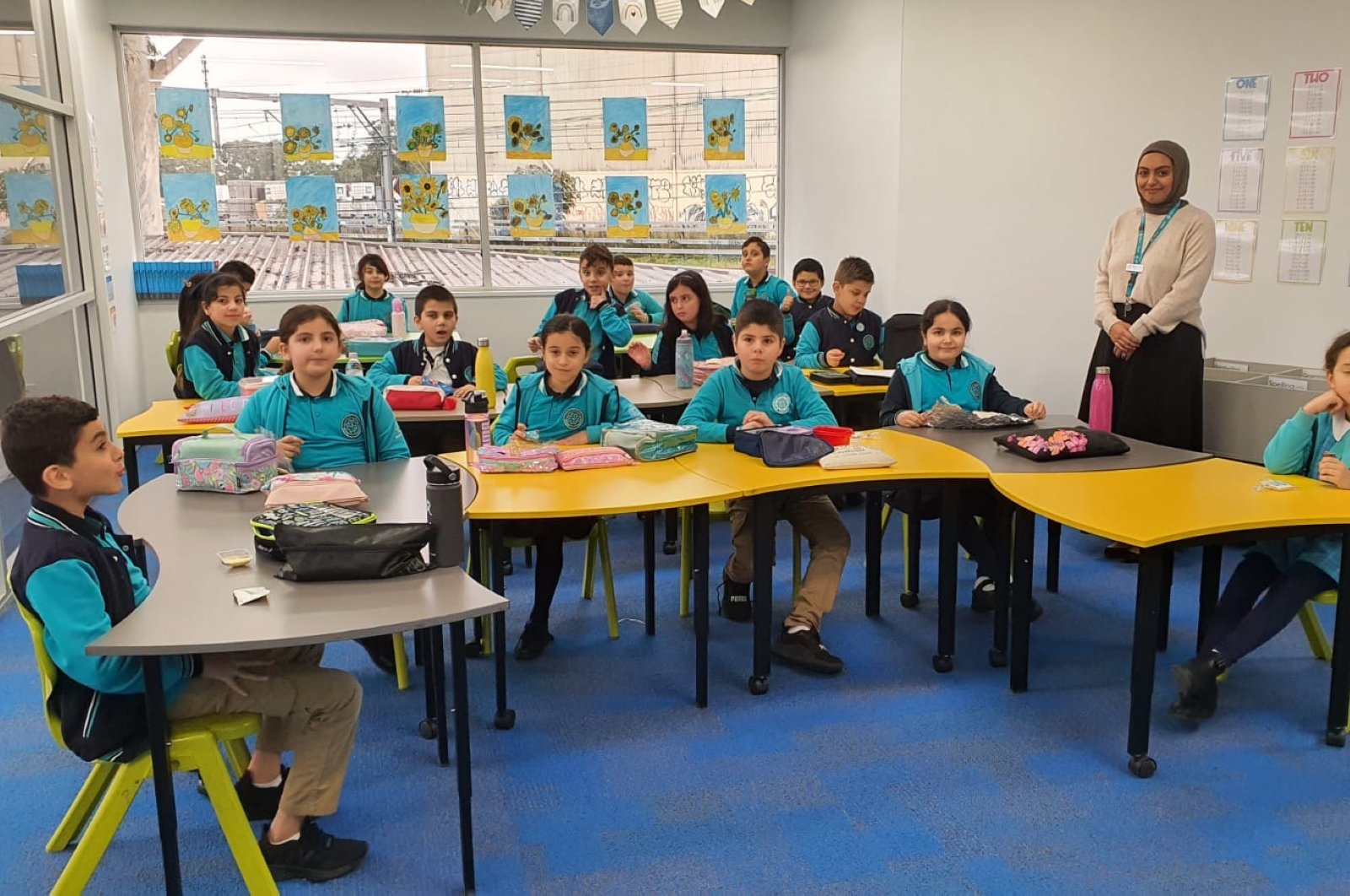 The Turkish Maarif Foundation has become an important worldwide educational brand in the few years since it set out to expand Turkey’s clout in the sector. It was established for the purpose of setting up Turkish schools abroad and is now active in 43 countries with 332 schools and dormitories, from simple education centers to universities, that cater to 38,846 students.

“This is a flagship institution for Turkey in education, with an important brand value. We are aware of this mission. Our teachers and administrators are all envoys of Turkey and Turkish culture across the world,” professor Birol Akgün, chairman of the foundation, said.

The foundation, which was founded on June 17, 2016, officially started its activities a few months later after there was a brutal coup attempt by the Gülenist Terror Group (FETÖ). One of Maarif's missions was to take over the schools formerly operated by FETÖ, which is known for its international network of institutions.

Since its establishment, the state-backed foundation has contacted 104 countries and set up missions in 52. So far, 19 nations have handed over control of 214 FETÖ-linked schools to Maarif; from Afghanistan to Chad, from Gabon to Tunisia and from Venezuela to Iraq. It also signed protocols with 42 countries both for the takeover of FETÖ-linked schools and the establishment of new schools. In 23 nations, including the United States, Albania, Australia, Bosnia-Herzegovina, Burundi, Djibouti, Hungary and Tanzania, the Turkish Maarif Foundation established new schools.

Akgün told Anadolu Agency (AA) on Tuesday that the foundation is often viewed as one that only takes over FETÖ schools, but he insists that it is not its sole duty. “Our mission is to open schools abroad on behalf of Turkey. We are a gateway to education for Turkey abroad.” Akgün says the foundation was tasked with a public duty but remains autonomous.

Akgün said their education policy was based on five principles: offering a modern science curriculum, a social science curriculum for students to build their own identities, an efficient technology curriculum and giving students an advanced skill in foreign languages while teaching local culture and customs.

He said Turkish education is gaining interest as the country is now “more visible in the international community,” and Maarif set up a special department for teaching B-2 level Turkish. “We worked on a curriculum for two and a half years and are still working on textbooks and new materials. We want to offer our own education sets to the students,” he said. Maarif also sets up large libraries that contain Turkish resources in each of its schools. “It is important to educate people abroad on Turkish, Turkish culture. This is not only an ideological or cultural thing but important for commercial relations. We need well-educated people who are also well-versed in Turkish business culture, on Turkish history, culture and traditions for our companies to do business abroad,” he said.

Next on Maarif’s agenda are new education programs. Akgün says they are planning a comprehensive curriculum focused on technologies for their schools in the Balkans. In African countries, they are assessing requests to open vocational institutions geared toward classes on machinery, computer technologies, agriculture and health.

“Turkey brings its own culture to other countries with a fair, egalitarian approach which does not ignore culture native to that country and instead, interacts with them. Our country’s basic mission abroad is to convey the level of development and technology we have to those countries. We are working not to exploit other countries but to develop together, to create a common welfare, to build a fair world. Maarif works to educate, raise such people, good people who prioritize their own countries but are not closed to other countries,” Akgün said.