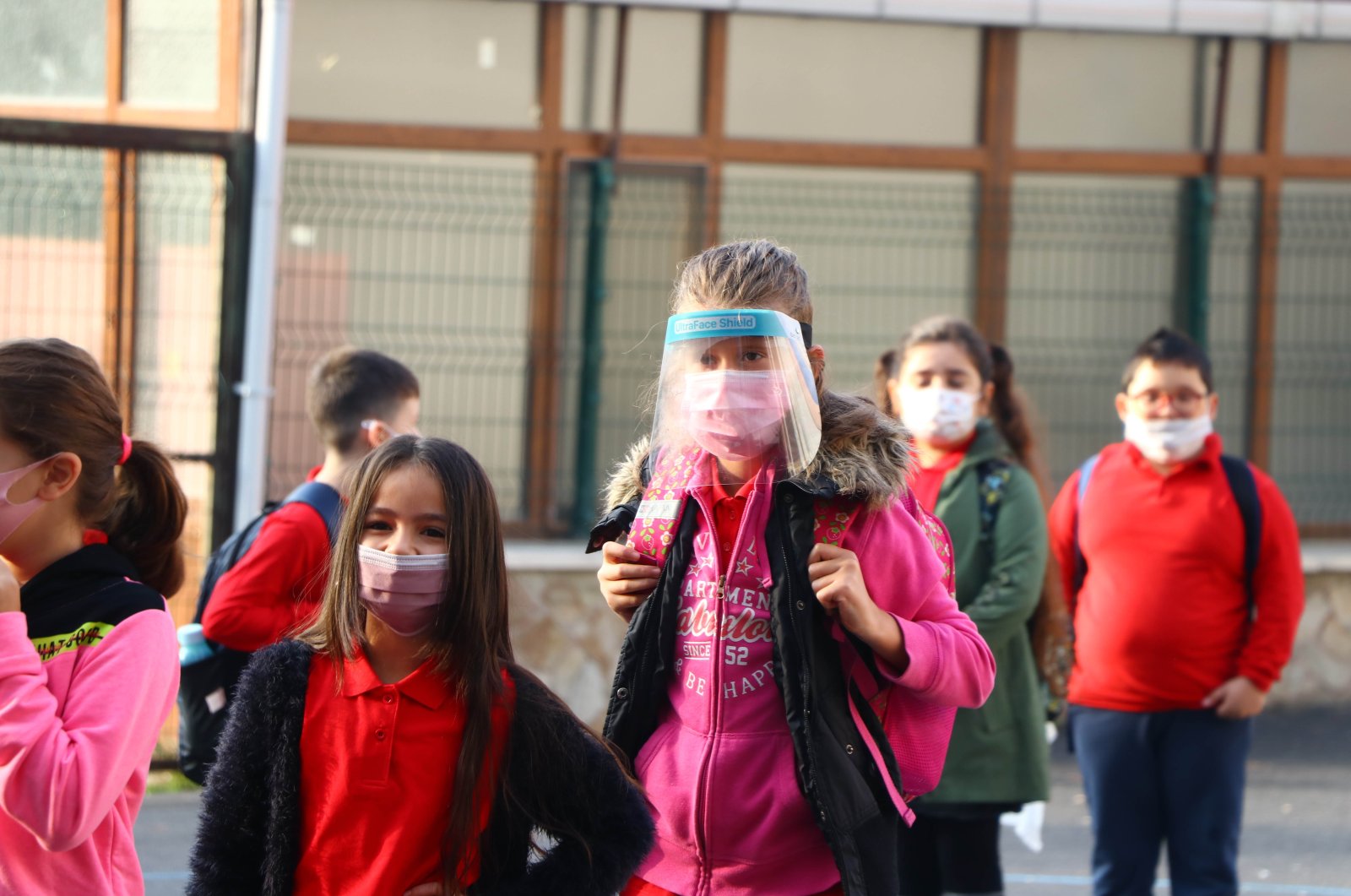 Fifth and ninth grade students will return to classrooms on Monday for in-person education as Turkey continues to slowly reopen schools amid the coronavirus pandemic.

After much debate throughout the summer regarding whether it would be safe to open schools, the Education Ministry decided on a slower approach to the issue to assess the viability of in-person classes during the pandemic.

Kindergartners and first graders were the first to return to classrooms, heading to campuses two days per week starting on Sept. 21.

After the initial opening went smoother than expected, the ministry proceeded with what it called phase two, this time allowing second, third, fourth, eighth and 12th graders to return to classes on Oct. 12.

The decision saw nearly 7 million students return to campuses for the first time since March when the outbreak began and schools were shuttered for the remainder of the previous academic year.

After the lengthy list of precautions taken across campuses proved effective with no major outbreaks reported among millions of students, the minister decided to initiate phase three, which will see fifth and ninth graders join fellow students at schools.

If all goes according to the ministry’s plan, the final batch of students – sixth, seventh, 10th and 11th graders – will return to school on Nov. 23, thus fully completing the reopening of schools.

However, Turkey’s Coronavirus Scientific Advisory Board, which supervised the whole process, can still issue an advisory and cancel any further returns or revert classes back to online, if things take a turn for the worse.

The ministry decided to make attendance of in-person classes optional, but students will have to attend online classes if they skip those held in the classroom.

National Education Minister Ziya Selçuk last month announced that student turnout at schools had reached “near 80%,” which was higher than the ministry's expectations.

Schools currently enforce strict hygiene measures. Staff and students are required to wear masks, and social distancing is enforced, with parents not allowed to enter the school premises. An online education network set up by the ministry oversees the progress of students.