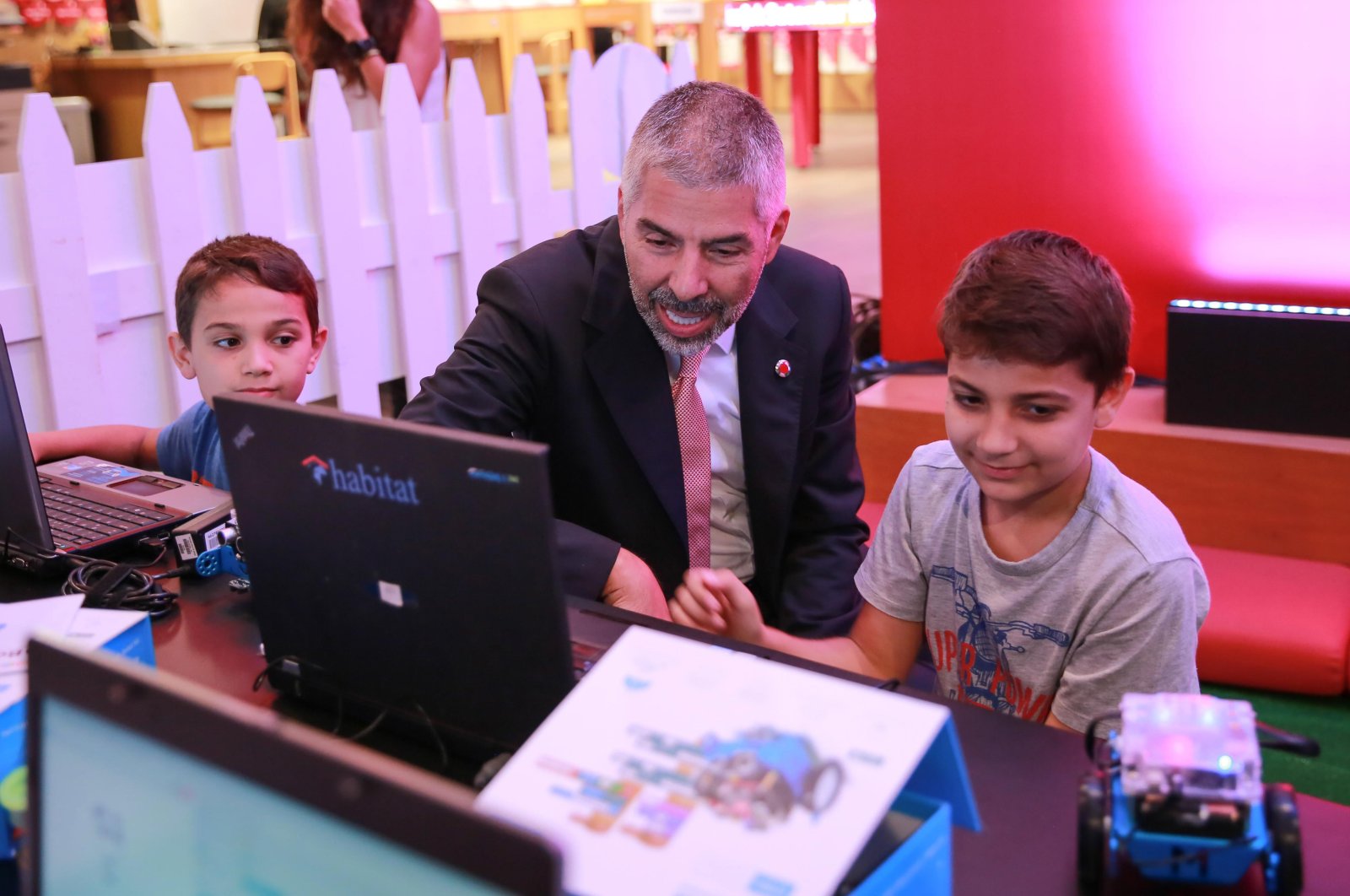 More than 100,000 children across Turkey’s 81 provinces have received coding training since August 2016 as part of a nationwide campaign.

Some 512 voluntary tutors and 38 teachers have so far taken part in the “Coders of Tomorrow” project, which was launched by Turkey Vodafone Foundation and Habitat Foundation.

The number of girls taking advantage of the course has reached 52,000, while the number of boys stands at 50,000, according to a statement of Turkey Vodafone Foundation. The organizers aim to give online training for 10,000 more children until the end of summer.

The chairman of Turkey Vodafone Foundation, Hasan Süel, said in the statement that the foundation supports the project and encourages youth for coding for a better future for Turkey.

“We want a productive generation, not a consuming one. In order to produce technology, you need to know about coding – the language of the digital world,” he said.

Süel added that the project aimed to help children discover their creativity, enrich their imagination and find out more about programming.

Children between the ages of 7-14 from all over Turkey are eligible for the training, which contains theoretical and applied courses in various fields, including an introduction to programming, algorithm logic, applications, creating stories and game coding. 56% of children are between the ages of 7-10, while 44% are between the ages of 11-14. In the first year of the project, 2,000 children were given training in 6 provinces by 35 tutors. Meanwhile, in the second year, 135 trainers offer courses to more than 10,000 children in 30 provinces. This number rose to 30,000 students across 60 provinces in the third year.

About 1,000 Syrian children in Istanbul, Şanlıurfa and Kilis have also benefited from the project. The instructors have toured the country reaching out to disadvantageous groups, especially those in socioeconomically less developed regions.

The chairman of Habitat Foundation, Sezai Hazır, said that they sought to contribute to Turkey’s digital transformation and raise a generation that was “not only use but also produce technology.”

“We not only teach them how to code but also develop their analytical thinking and problem-solving abilities. We are proud to contribute to bringing up individuals who have competencies that can be used in future professions and can develop solutions by using technology,” Hazır said.

Participants have gained noteworthy achievements over the last four years. Thanks to food dispensers developed by Serhat Seval and Sudenaz Kınık, which work through tweeting messages hashtagged “#BuMamaBenden,” (#ThisBowlIsOnMe), thousands of stray animals have been provided with animal feed. Plus, secondary school students Onur Ata Özyiğit and Deniz Gündeşlioğlu, who participated the project in southern Adana province, won the world championship in the "Intermediate" (12-16 years) category of the 2019 MakeX Robotics Competition.

The project continues online amid the COVID-19 outbreak. In an attempt to find solutions to help combat the epidemic, an online "ideathon" has been organized for high school students, in which participants were asked to develop an idea that would minimize the negative impacts of the outbreak on the people.