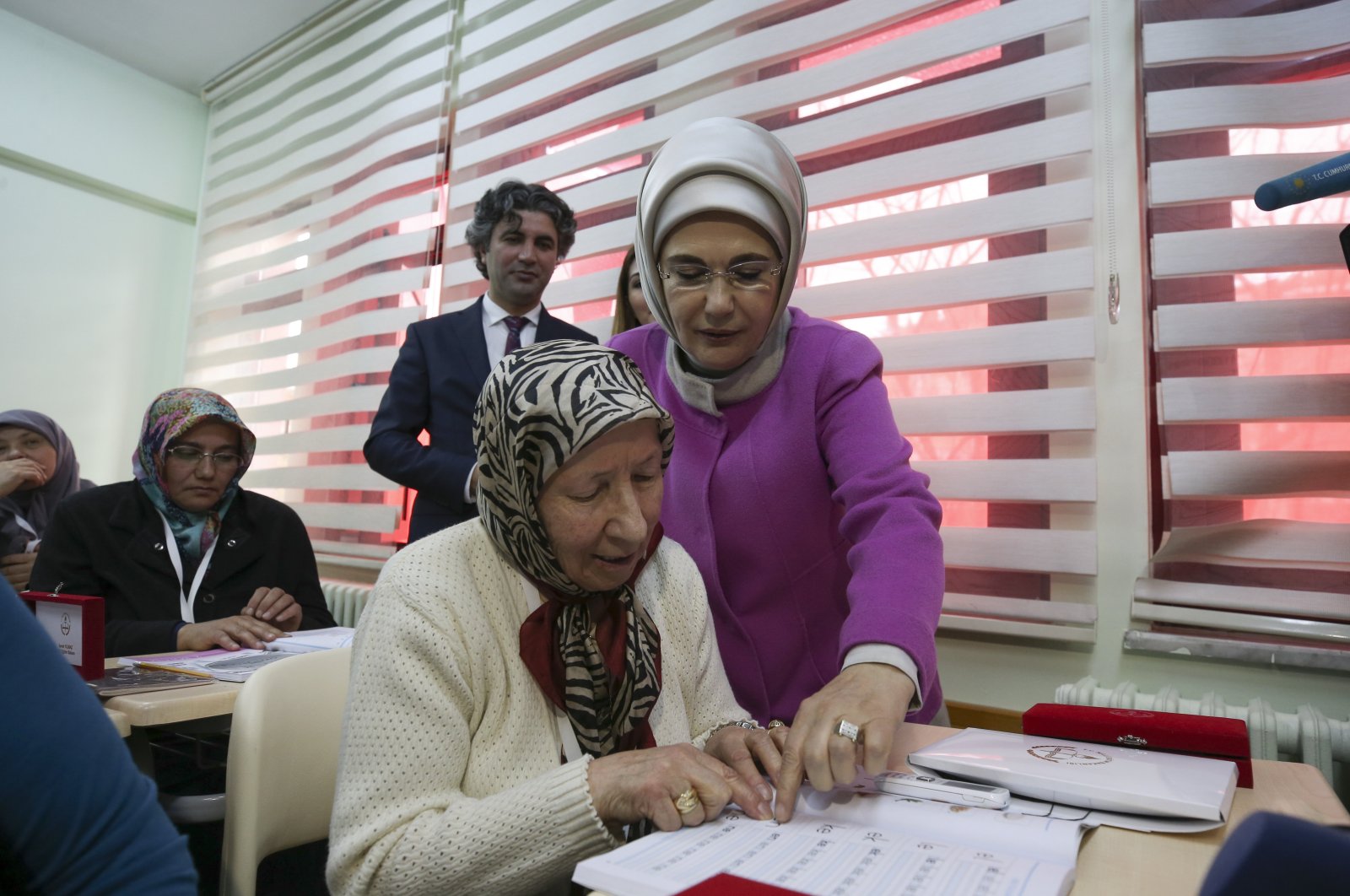 A literacy campaign launched by President Recep Tayyip Erdoğan and First Lady Emine Erdoğan in 2018 has so far reached nearly 1.05 million people, a majority of them women.

Around 85% of those applying for literacy classes across Turkey were women, the latest figures show. Interest in classes was highest in Istanbul, the southeastern province of Diyarbakır and the southern province of Gaziantep.

Yusuf Büyük, head of the Education Ministry's Lifelong Learning Department which supervises the campaign, says almost half of applicants are aged between 23 and 44.

Public schools and lifelong learning centers have drawn people from all walks of life and of all ages to learn to read and write. Some 94,000 courses were introduced as part of the literacy campaign.

Büyük says more than 800 million people in the world are illiterate and they face challenges every day, from the inability to fill in job applications to "not being able to read bedtime stories to their children. Literacy allows them access to information as vital as protecting their health and boosting their income," he added. He says women make up the majority of illiterate people in the world.

"Despite the progress made, the number of women knowing how to read and write is still below men in one in every five countries in the world," he pointed out.

In Turkey, literacy among people aged 15 and over is 95.9% according to 2019 figures. Although access to education has increased, girls in rural areas, where every family member works to earn a living for the family at an early age, are often forced to quit education by their parents. Coupled with an ultraconservative patriarchal mindset, girls are often convinced or forced to drop out of school after completing mandatory primary education.

Büyük says they increased the number of literacy classes both at lifelong learning centers and schools, as well as in correctional facilities, adding that they also initiated literacy classes for citizens confined to hospitals. "More than 855,000 citizens learned how to read and write for the first time while others improved their literacy level in 113,828 courses," Büyük said.

He said they managed to reach out to about 30% of the country's illiterate population. Turkey recently introduced distance learning courses for literacy via an online portal of the ministry which offers video lessons for students.