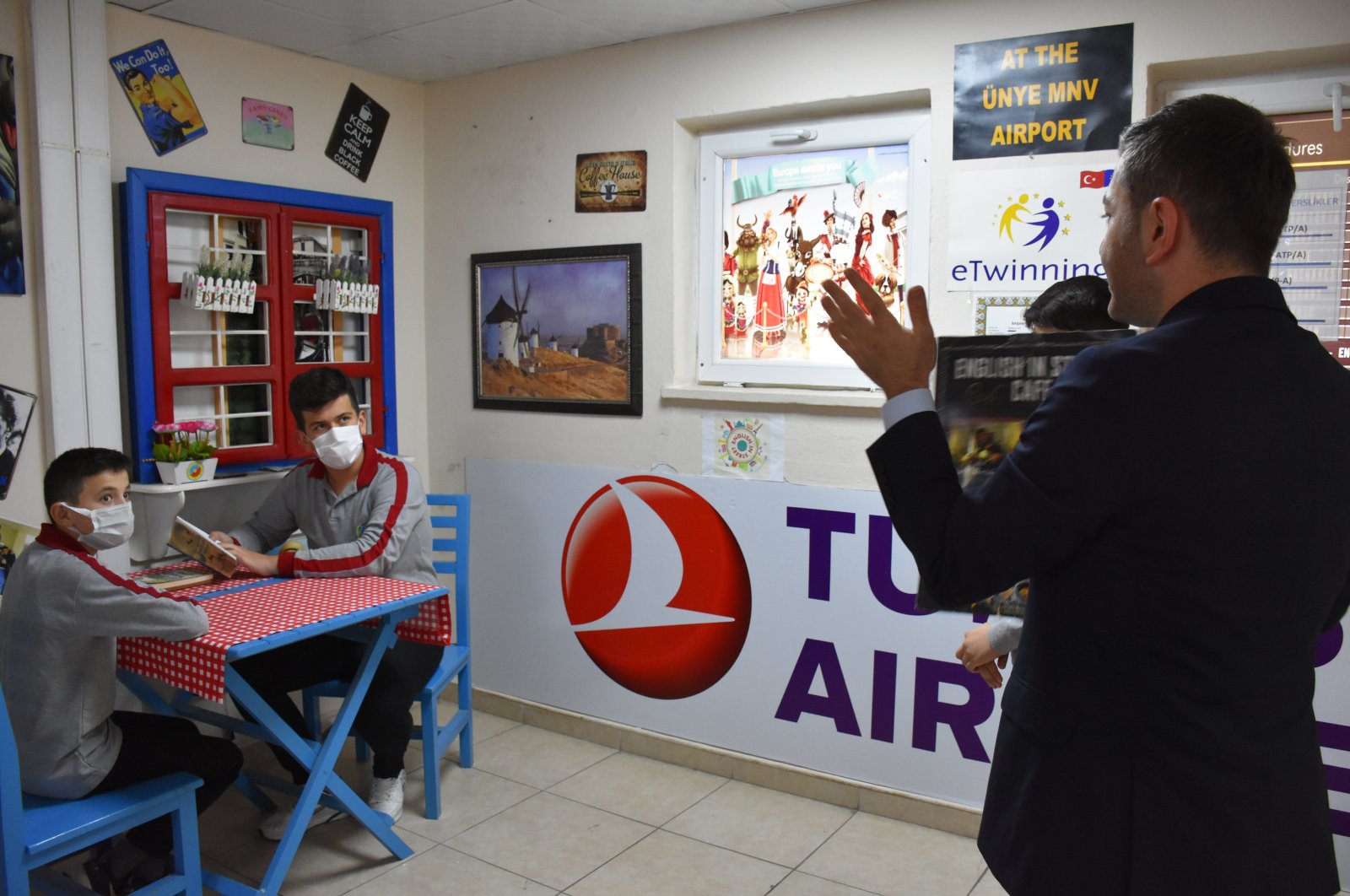 Muhammet Aydın and Selçuk Yaşar Arslan boast of being the only two Turkish teachers who made it to the finals for the Global Teacher Prize. The $1 million prize by the United Kingdom-based Varkey Foundation, recognizes teachers from around the world who made an impact both on their students and their communities.

Aydın, an English-language teacher at Mehmet Necati Vidinli Vocational and Technical Anatolian High School, is among the top 50 finalists for the prize along with Arslan. The two were chosen from among 8,200 teachers from 121 countries who applied for the prize.

The 38-year-old Aydın returned to his hometown Ünye, in the northern Turkish province of Ordu years after working around the country. For the past six years, he has been a teacher at a vocational school. He is behind some 52 national and international awareness projects and he has also worked as a volunteer in several non-profit educational organizations. His most prominent project is "English In Street," which mixes technology and role play to improve the English skills of disadvantaged students. The project involves engaging students in writing real-life scenarios and then playing them out in actual settings, from cafes to hospitals, rather than the confines of classrooms.

Aydın funded the project on his own but it paid off in the long run. His school has seen the number of students double and in a short time, he managed to boost the learning capacity of more than 550 students. More importantly, his project found support from the Ministry of National Education and is now being implemented at other schools. Several schools in Europe have also started adopting his teaching model.

Aydın, an active member of eTwinning, a Europe-wide education project, also worked as a volunteer teacher for children of seasonal laborers in Ordu who were unable to go to school. Overall, his efforts led him to be chosen among 200 of the most successful teachers in Turkey in 2019.

“I am just a teacher who wants to do his job the best. This is a profession that you should do with your heart, like a volunteer,” he told Anadolu Agency (AA) in a recent interview. He said Nurten Akkuş, another Turkish teacher who worked in neighboring Samsun province and made it to the top 10 of the Global Teacher Prize, inspired him to apply for the prize. “Making it to the top 50 is not my success. It is an accomplishment I achieved for having all my students by my side and dedicate themselves to my projects,” he said.

Selçuk Yusuf Arslan works as a computer science teacher at Altındağ Atatürk Vocational and Technical Anatolian High School in the capital Ankara. The "Girls Encountering Technology" project he conceived is among many others he created to help disadvantaged students to learn about technology better. A teacher of 14 years, Arslan already has several teaching prizes under his belt, including triple wins for a teacher of the year award in Turkey.

His projects, especially with female students, brought him worldwide appreciation and led to his selection as an United Nations Sustainable Development Goals teacher ambassador, a Microsoft Certified Educator and Microsoft Innovative Educator Expert.