Shepherd girl's passion for books spurs donations from around Turkey 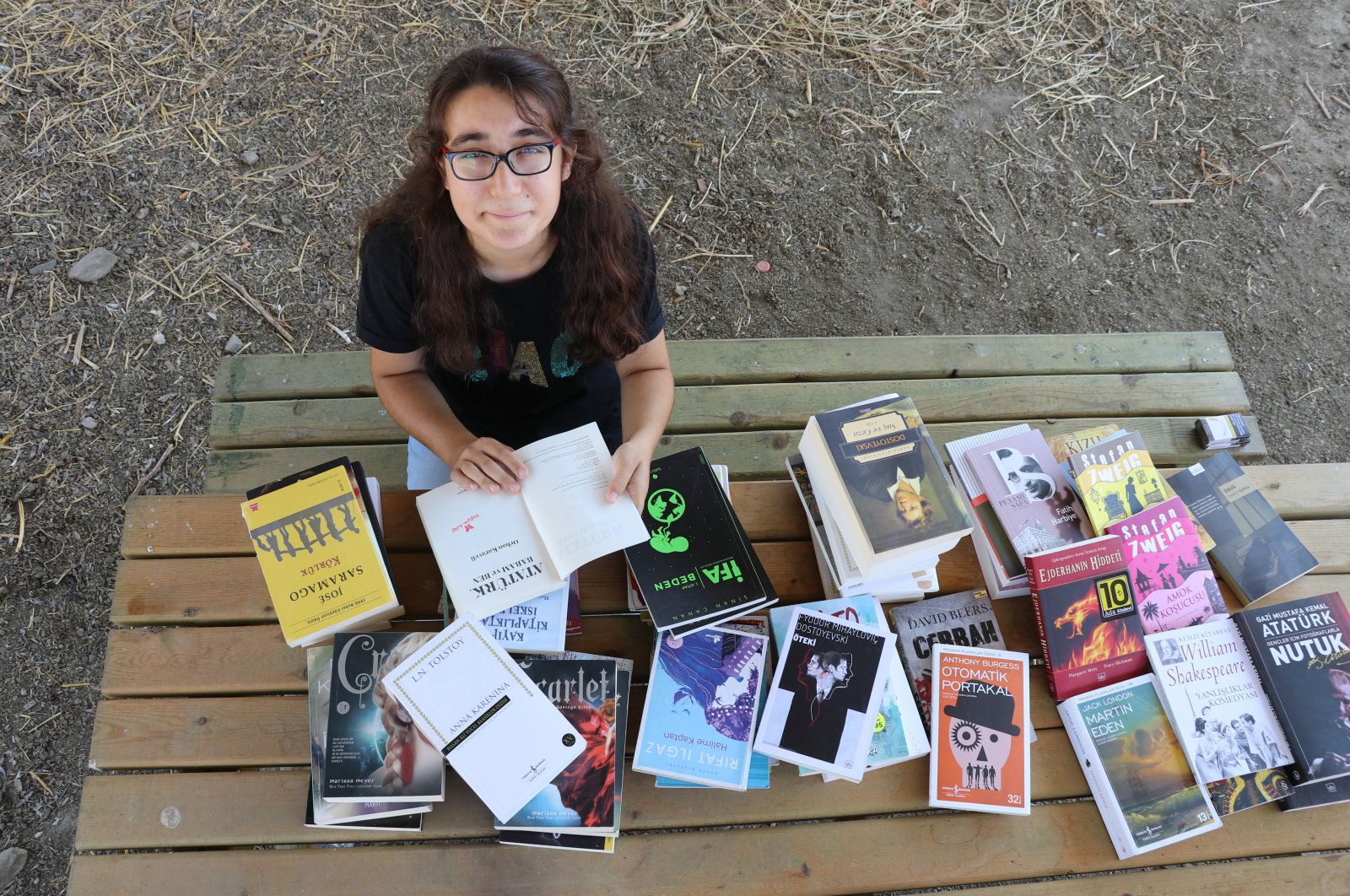 Suzan Keskin, a high school student in Aydın province's Koçarlı district, thumbs through a book given to her after media publicity about her passion for reading. (AA Photo)
by DAILY SABAH WITH AA Jul 23, 2020 7:00 am

Known as 'Bookword Suzan' in her neighborhood in Aydın Province's Koçarlı, publicity about the ninth-grader's passion for reading inspired strangers to send her books and other support for her education

Suzan Keskin, a high school student from the town of Koçarlı in Aydın province in western Turkey, has become famous for her passion for reading books, seen with her nose in the books even when she helps her family out with sheep herding. As news about the young book lover spread across social media, citizens from all over the country wanted to pitch in to help, sending her books as gifts, while a local businessman promised her a permanent scholarship to cover her tuition fees.

The ninth-grade student from the Adnan Menderes neighborhood of the small Aegean town is mostly known by her friends and family as “the bookworm.” After Suzan made it pon the news for her love of reading, people from different Turkish cities started to send her books. The Aydın office of Anadolu Agency (AA) received 100 books, which were later delivered to Suzan’s village.

A flurry of media reports about Suzan soon spawned a massive support campaign. Ahmet Emin Kırkuşu, a local entrepreneur, even promised her a lifetime scholarship for her school tuition fees. Suzan said in an interview with AA that many people have reached out to her after reading the news.

“It’s more than happiness ... I can only thank those people who helped it to become a news story,” Suzan said.

“To take and read these books is something marvelous. Reading books gives me different feelings. Now I can work more. People’s interest and support has made me very happy. From now on, I can embrace my goals and take more confident steps toward them. I hope that my dream to become a doctor will come true, and I won’t let down those who supported me.”

The Aydın Metropolitan Journalists Association also showed support for the teenager. Cem Ulucan, the head of the association, underlined the importance of reading and described how strongly the news about Suzan impressed him.

“The books we bought with our friends ... were delivered to Suzan. Considering that reading is not about just books, we advised her to read lots of newspapers," Ulucan said.