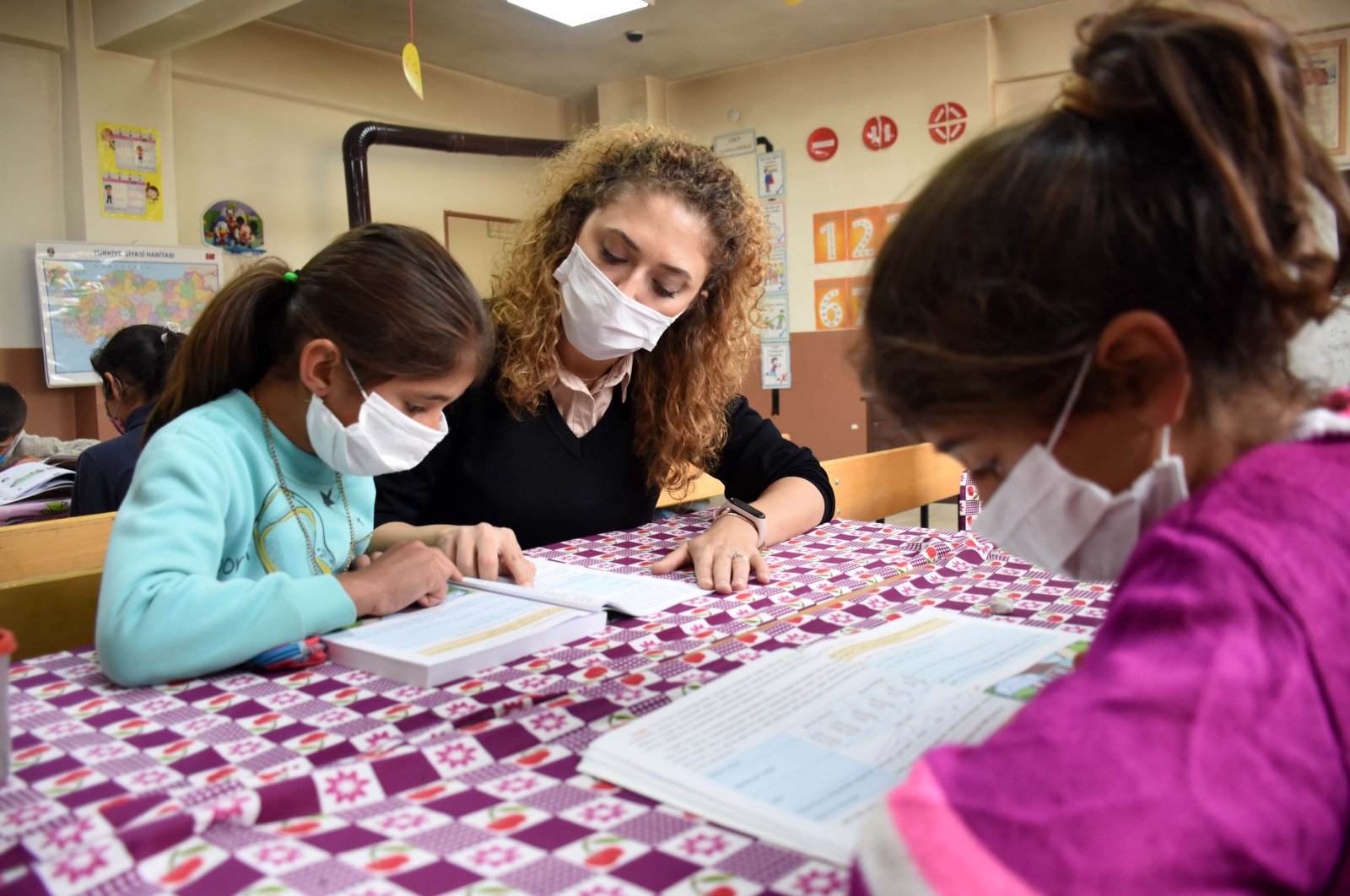 As all students prepare to return to classrooms next week, the education minister said Turkey's approach to teaching during the coronavirus outbreak has been deemed exemplary by many around the world

Governments across the world continue to talk and congratulate Turkey’s handling of education amid the coronavirus pandemic, Education Minister Ziya Selçuk said on Monday.

The minister’s remarks came during his online address to teachers as schools across Turkey went into a weeklong fall break.

Speaking on Education Information Network (EBA), Selçuk said the pandemic brought many challenges to everyday life and that highlighted “the indispensability” of education and teachers.

“Yes, the COVID-19 pandemic has introduced obstacles and brought education to a halt. But if we had waited for the obstacles to be removed, we would have been standing in the same place still. So we didn’t, we went marching on by carving new paths for us,” he said.

He said keeping education going during the pandemic was a monumental effort and that it wouldn’t have been possible without the sacrifices of teachers, whom he thanked.

“Today, the success Turkey has shown in education continues to be lauded across the world. This achievement is yours, our thanks is to all of you,” the minister said.

Turkey, like the rest of the world, switched to online education after schools were closed for the remainder of the last academic year following the announcement of the country’s first COVID-19 patient.

While EBA was introduced years ago to aid the country’s remote education efforts, it was quickly and vastly expanded to welcome millions of students following the closure of campuses.

“With the expertise and the experience we have gathered during the process, the EBA will continue to thrive long after the pandemic is over.”

Selçuk said thanks to the efforts of teachers and other experts to make the EBA a viable education substitute, it has become the most visited online teaching platform in the world.

Discussing the process of reopening schools, Selçuk said the country managed to achieve what was once thought impossible and successfully reintroduced students to classrooms during the pandemic, with attendance rates reaching above 80%.

According to Selçuk, Turkey also managed to provide online certificate courses to more than 1.9 million teachers during the process.

All grades return to classrooms

After COVID-19 cases declined with the arrival of summer, the ministry began drafting plans to open schools for the 2020-2021 academic year.

While the initial plans were postponed several times, the ministry finally decided on a slower approach to the issue and announced that students would return to classrooms in a multiphased plan.

The reasoning behind the plan was to assess the viability of in-person classes during the pandemic and to avoid creating crowds.

According to the ministry’s plan, kindergartners and first-graders were the first to return to classrooms, heading to campuses two days per week starting on Sept. 21.

As the initial opening went smoother than expected, the ministry proceeded with what it called Phase 2, this time allowing second-, third-, fourth-, eighth- and 12th-graders to return to classes on Oct. 12.

Meanwhile, in-person education days for kindergartners and first-graders were expanded to five days a week.

After the lengthy list of precautions taken across campuses proved effective with no major outbreaks reported among millions of students, the ministry decided to initiate Phase 3, which saw fifth- and ninth-graders join fellow students at schools.

If all goes according to the ministry’s plan, the final batch of students – sixth-, seventh-, 10th- and 11th-graders – will return to school next week, thus fully completing the reopening of schools.

While Turkey has joined other countries in witnessing a resurgence in COVID-19 cases, with the Health Ministry warning that stricter measures look inevitable for the country’s more crowded cities, experts at the country’s Coronavirus Scientific Advisory Board have repeatedly said schools were the safest place for students to be amid the pandemic.