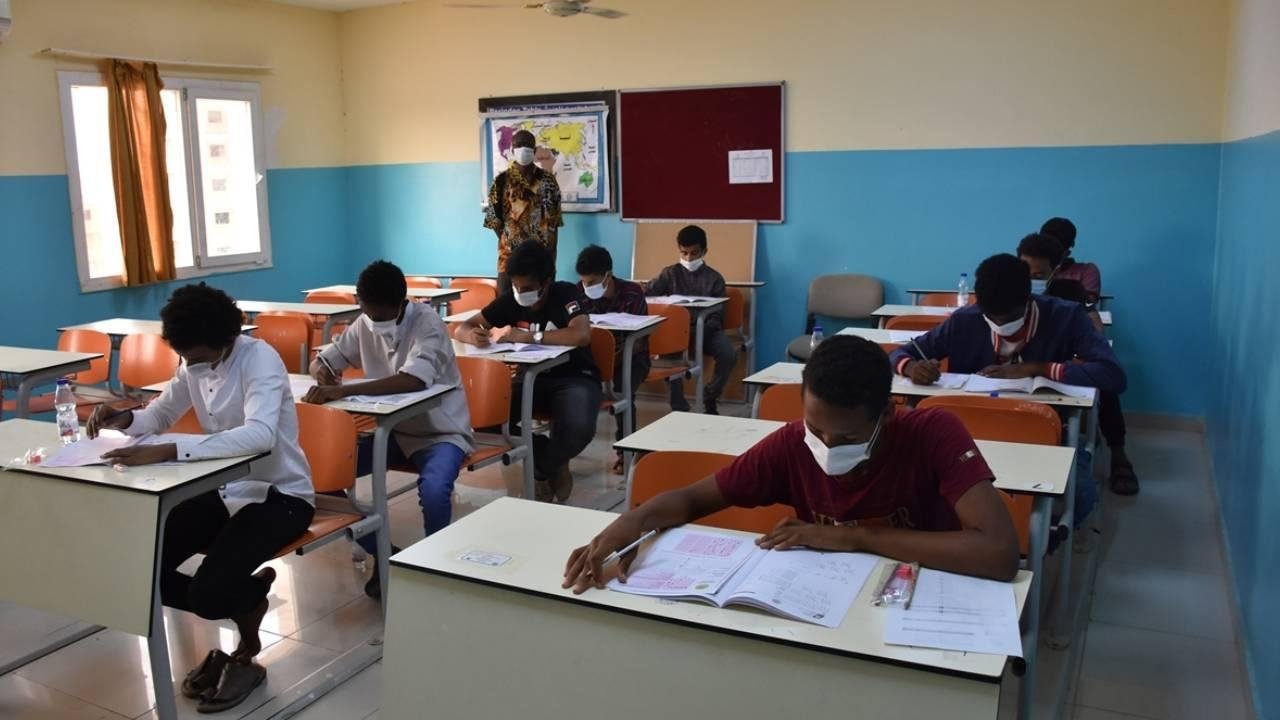 Students sit an exam for admission to Turkish universities at a Maarif school in Khartoum, Sudan, July 16, 2021. (Photo by Maarif Foundation)
by DAILY SABAH WITH AA
Oct 04, 2021 2:49 pm

The Turkish Maarif Foundation has evolved into an international chain of schools within a few years thanks to its investments. The foundation wants to build upon this progress and introduce Turkish-style education to the world through a new program.

Maarif chair professor Birol Akgün says the new program will be structured like the certification programs of other educational institutions such as Cambridge. Thus, students graduating from the foundation's schools from Asia to Africa will receive an internationally recognized diploma.

The International Maarif Program (IMP) and IMP preschool education program are next in line as the foundation seeks to leave Turkey's mark on international education. Akgün told Anadolu Agency (AA) Monday that the IMP was an “original” effort for Turkey and that they were running pilot trials to create a full curriculum based on the new program.

“It is a difficult task. You cannot build a new curriculum that complies with the education system in each country. We are working on the integration of this model which has international standards,” he said. Akgün explained that their schools currently implement other educational institutions' certification programs and that they wanted to create their own. "IMP will have international recognition once our work is completed,” he noted.

“Turkey needs to be a pioneer in the field of education and should make other countries feel the difference. For this, we need an exclusive curriculum and we have been working on this over the past five years. It will be of quality in line with international standards, with its own unique education materials,” he said.

On the preschool education program, Akgün said they were adding the final touches, after which they will apply for approval from the Ministry of National Education. He noted that the pilot programs were carried out in 10 countries and were presented to education authorities in Mali, Albania and Australia for approval as an international program.