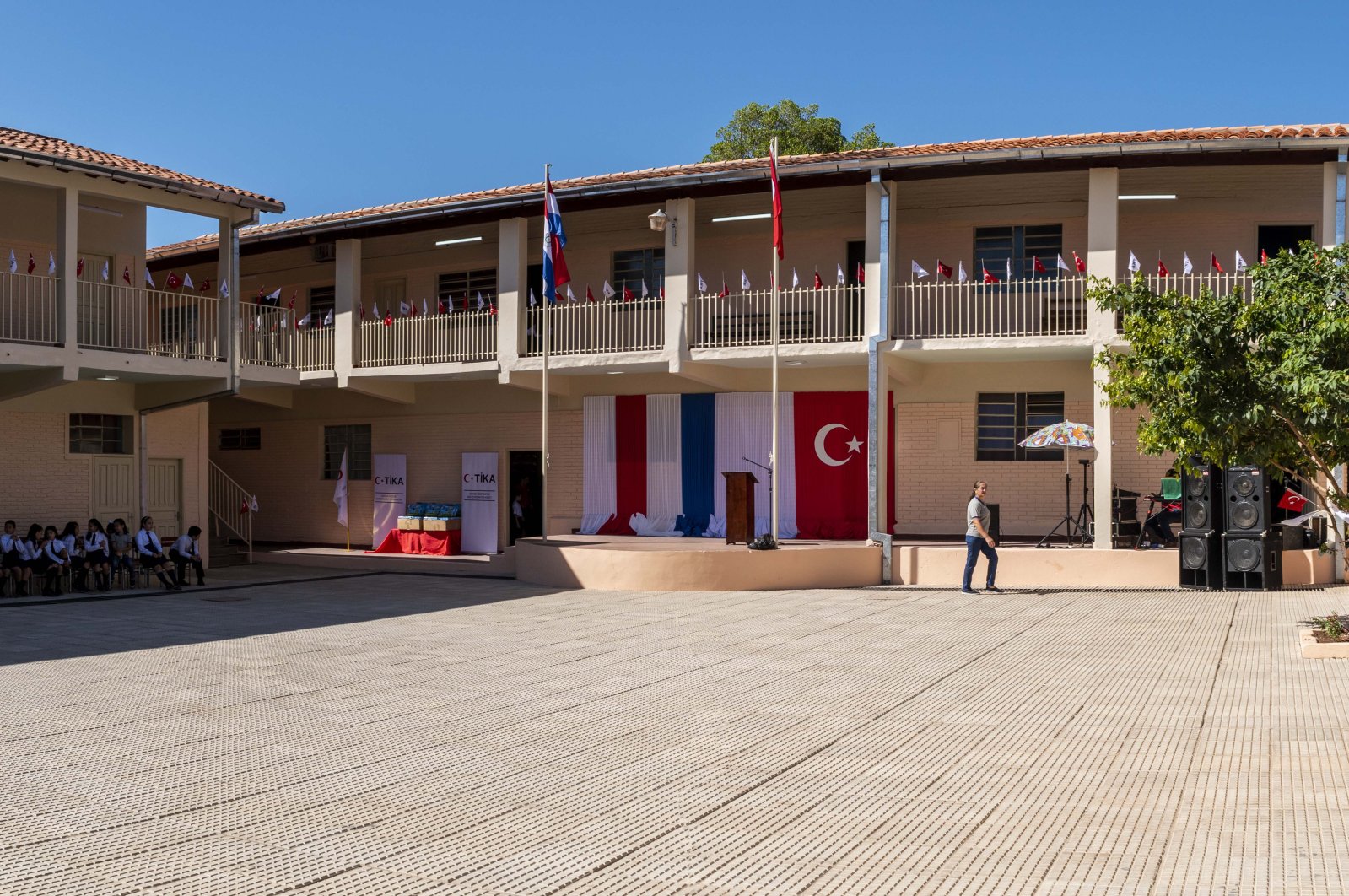 The Turkish Cooperation Coordination Agency (TİKA) has accomplished the renovation of the Turkish Republic School in the capital of Paraguay, Asuncion.

Within the renovation project carried out at the school, which has 650 students between the ages of 4-12, the school’s roof and damaged walls were renewed and security measures were increased.

The front and back of the school and playgrounds were rearranged so that students can play in shaded areas.

Within the framework of the project, a two-story building was constructed for administration purposes. Toilets, sinks and water installations were renovated to improve sanitary conditions at the school. All indoor and outdoor spaces were repainted and school lockers were renewed.

Çetin said that he is happy that this school was one of TİKA's first projects in the field of education. He emphasized that TİKA will continue to support the school, which bears Turkey’s name.

“Building the school means building the future,” Ersoy said. He emphasized that Turkey will always support the school and provide the best education for its students.

Since its founding in 1992, TİKA has been responsible for facilitating Turkey's official development assistance by providing aid to developing countries. Operating in 50 countries, the agency has helped as many as 140 countries worldwide.