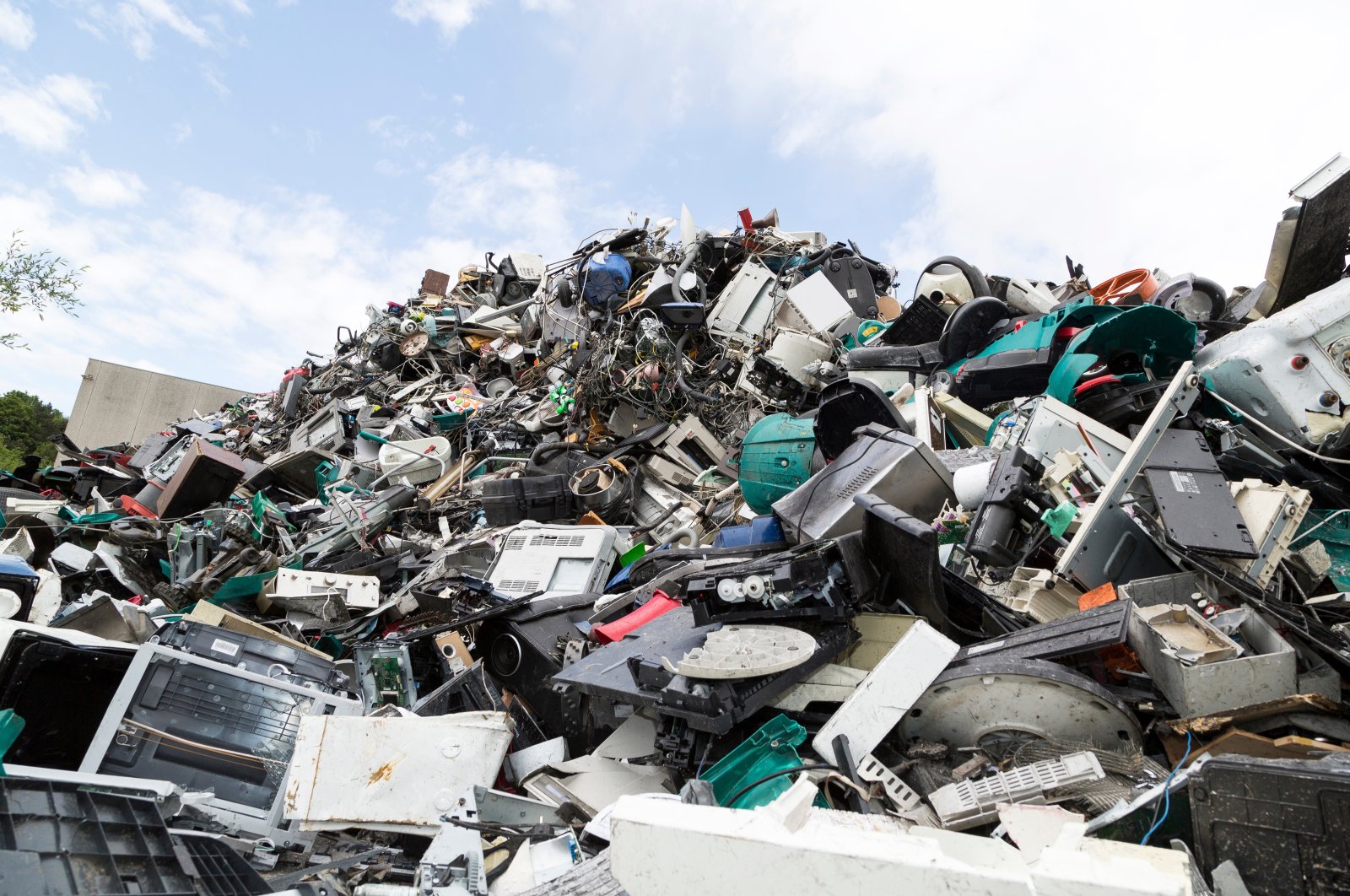 Students of a vocational high school in the capital Ankara secured European Union funding and will be working with six countries on a project that aims to boost recycling of electronic waste. Supported by their teachers, they convert the discarded materials into fully functioning computers and donate them to other students in need.

The project joins a number of others seeking to contribute to “zero waste,” a nationwide campaign launched in 2017 by First Lady Emine Erdoğan.

Yenimahalle Mimar Sinan Vocational and Technical Anatolian High School in eponymous Ankara district is a participant in the Erasmus+ Youth program, an EU initiative to promote education among the youth. They applied the program with their project “Distance Learning and Zero Waste in Technology” and received a fund of 25,000 euros (TL 391,900) from the Turkish National Agency which oversees Erasmus programs in Turkey.

School’s principal İsmail Bölek said they cooperated with France, Georgia, Lithuania, Portugal, Serbia and Spain for the project and they conceived the project at a time of distance learning amid the COVID-19 pandemic. “Ministry of National Education distributed tablet computers to students in need but we noticed that some students (or families) were embarrassed to receive the computers openly. So, we decided to build computers for them and deliver discreetly,” Bölek says. The school contacted public agencies and institutions and sought donation of unused, old computer cases and monitors. Materials delivered to the school were compiled by students to build computers.

Ayşe Etbaş Dindar, the coordinator of the project, said they set up a website to reach out to more people, both for donations and for delivery of the computers. Ali Yazar, head of IT education department of the school, said the project also helped students hone their IT skills.

Students said they are glad to participate in the project. “We are inspired by Emine Erdoğan’s zero waste,” Enes Yaşar, a senior student working in the project, said. Aziz Faruk Merdin, another student, said their work helped “protecting the future.” “Electronic waste does not decompose for years and when discarded, it harms nature. Recycling them prevents this and may boost the economy,” he said.