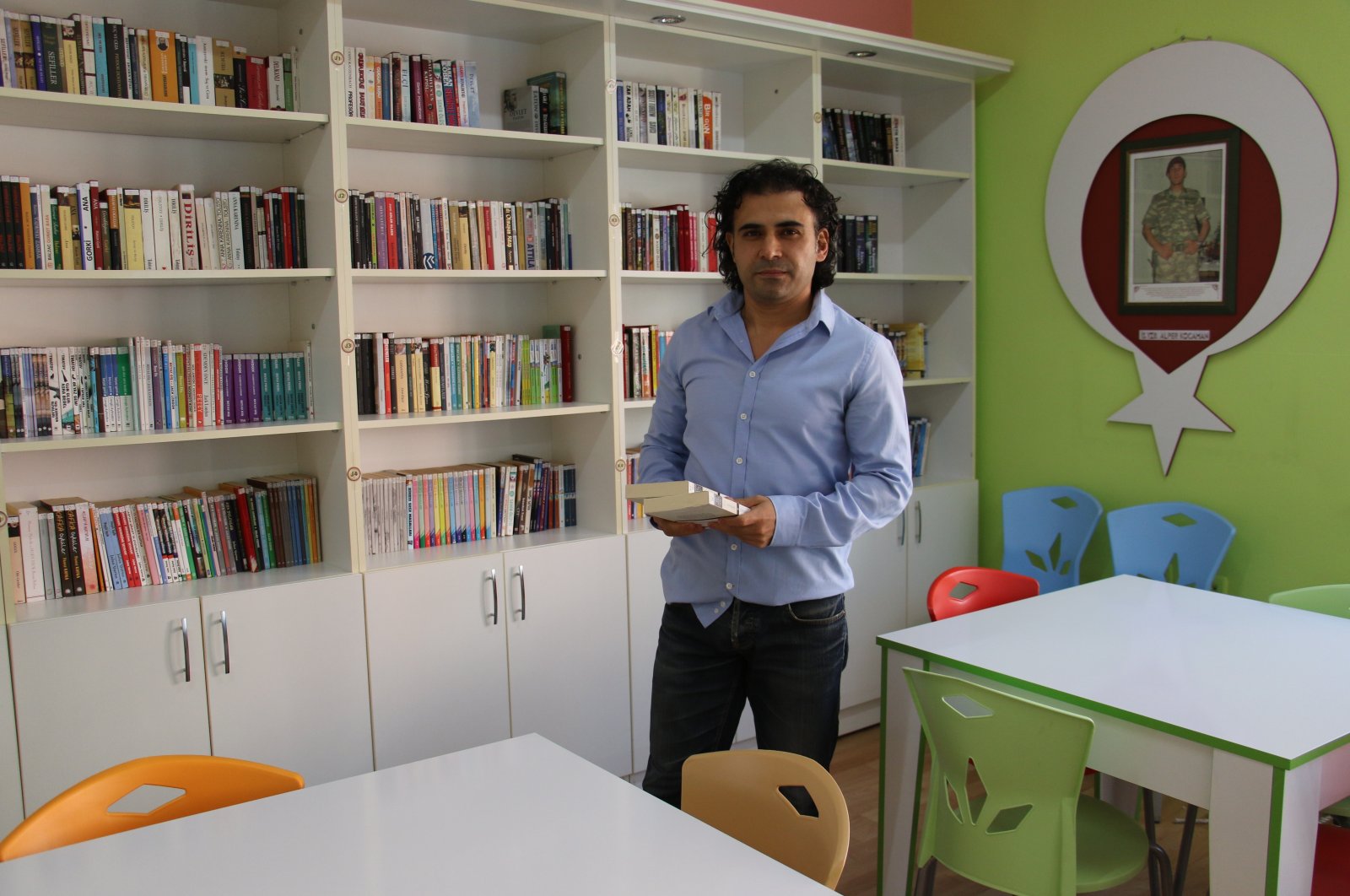 Sercan Kürklü of the Martyrs Libraries Collective poses with donated books in a library built in the memory of a martyred Turkish soldier, Ankara, Turkey, Nov. 29, 2020. (IHA Photo)
by Daily Sabah with IHA
Nov 29, 2020 4:18 pm

A group of volunteers decided to take it upon themselves to honor fallen members of the Turkish Armed Forces (TSK) by establishing libraries in the memory of soldiers killed during duty.

Starting their endeavor four years ago after spontaneously deciding on social media to build a library for a martyred Turkish soldier, the Martyrs Libraries Collective group has completed more than 200 libraries to honor soldiers killed in the line of duty.

Speaking to Ihlas News Agency (IHA), an official of the collective said the group worked on a volunteer-only basis without any monetary donations.

“We only work with volunteers. And we accept only books as donations, we don’t take anything else. After we get the necessary permits from the Education Ministry, we ask for book donations on social media to build a library at a school in the homeland of a fallen soldier,” Sercan Kürklü said.

According to Kürklü, the more than 200 libraries built by the group across the country house around 8,000 books.

“We are trying to raise awareness for those who have fallen. To remind people that some are sacrificing themselves for our people, our flag and our country. We try to help the memories of those killed live on by including the stories of martyrs in the libraries,” he said.

Kürklü said the libraries, especially in rural parts of the country, were seeing large amounts of book donations from people in more urban areas.

“People keep talking about the negative aspects of social media, but we are on the good side of it.”