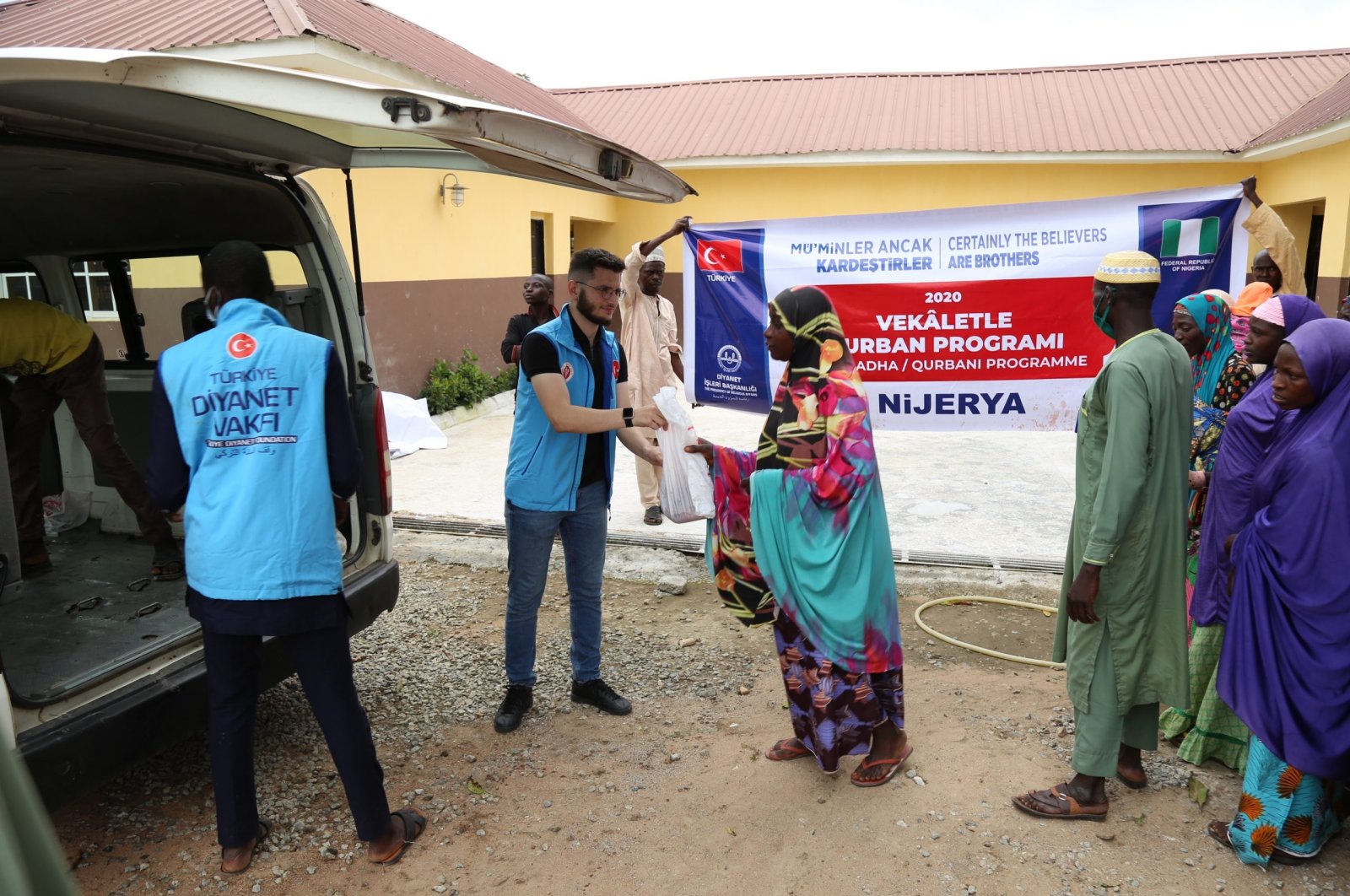 As the world grapples with the pandemic, the Muslim holiday Qurban Bayram is an occasion of relief, with Turkish charities delivering meat aid to nearly 70 countries

Turkish charities, which won the hearts of millions with their work across the globe, are back for a massive aid campaign on the occasion of Qurban Bayram, also known as Eid al-Adha. The Muslim festival requires each faithful who can afford it to slaughter an animal and deliver the meat to the needy.

Charities coordinate the delivery of the meat both across Turkey and throughout the world. This year, they will reach out to nearly 70 countries, at a time when the COVID-19 pandemic is compounding the already existing challenges such as poverty and hunger for millions in the world. Charities collect at least $93 (TL 792) per person and buy animals to slaughter, from sheep to bulls. The meat of the slaughtered animals is then distributed to disadvantaged communities from Asia to Africa.

Among the leading charities to carry out bayram aid campaigns is the Humanitarian Aid Foundation (IHH). The charity has been delivering this aid to other countries for almost three decades. This year, it will reach out to some 5 million people in 65 countries. The IHH was the first charity in the country to launch the practice of delivering meat aid by slaughtering animals in other countries. The charity will also deliver clothes to children on the occasion of bayram, when children traditionally wear new clothes.

The Turkish Red Crescent (Kızılay), one of the oldest charities in the country, will deliver the meat of animals bought by donations to some 5.5 million people. The charity differs from other organizations as it offers canned meat instead of meat from freshly slaughtered animals, giving year-round meat supplies for the needy. This year, some 1 million cans full of meat will be delivered in Turkey and around the world. The Red Crescent will be active in 21 countries for meat deliveries, from Somalia to Yemen, from Sudan to Afghanistan, Iraq and Bosnia-Herzegovina.

The Turkish Diyanet Foundation (TDV), linked to the Presidency of Religious Affairs (Diyanet), will deliver aid to the needy in 75 countries and across Turkey. Among its donors is President Recep Tayyip Erdoğan who donated a sacrificial animal to the foundation this year. The TDV plans to reach some 20 million people with its aid.

The Federation of the Associations that Value Humanity (IDDEF) will carry out a meat donation campaign spanning 40 countries in Africa, Asia, the Middle East and the Balkans, aiming to reach some 3.5 million people. The Deniz Feneri (Lighthouse) Association will slaughter animals set to be distributed to the needy in 30 countries.

The Cansuyu Association will organize a mass slaughter of animals as part of its aid campaign in Africa, Asia, for Rohingya and Moro Muslims, Palestine and Yemen. Cansuyu Chairperson Mustafa Köylü said they prioritized “regions in crisis” for their aid campaign in three continents. Köylü said the ongoing pandemic hindered work in some places but they took all measures, noting that they would coordinate with local charities in some countries where their crews are unable to travel, to carry out the aid campaign.

The Yardımeli Association will reach 150,000 families with its donations, while the Sadakataşı Association aims to deliver food to 1 million people in 32 countries.

Turkey continues to be one of the largest humanitarian donors globally, spending billions of dollars in aid, according to a recent report by the United Kingdom-based Development Initiatives (DI). In 2020, Turkey accounted for 26% of global humanitarian aid – $8.04 billion of $30.9 billion, up 5.9% on a yearly basis – the Global Humanitarian Assistance Report 2021 released in late June said. It came only a close second after the United States, which spent $8.9 billion, up 6.9% compared to 2019. Germany, the European Union and the U.K. followed with $3.7 billion, $2.6 billion and $2.1 billion, respectively.