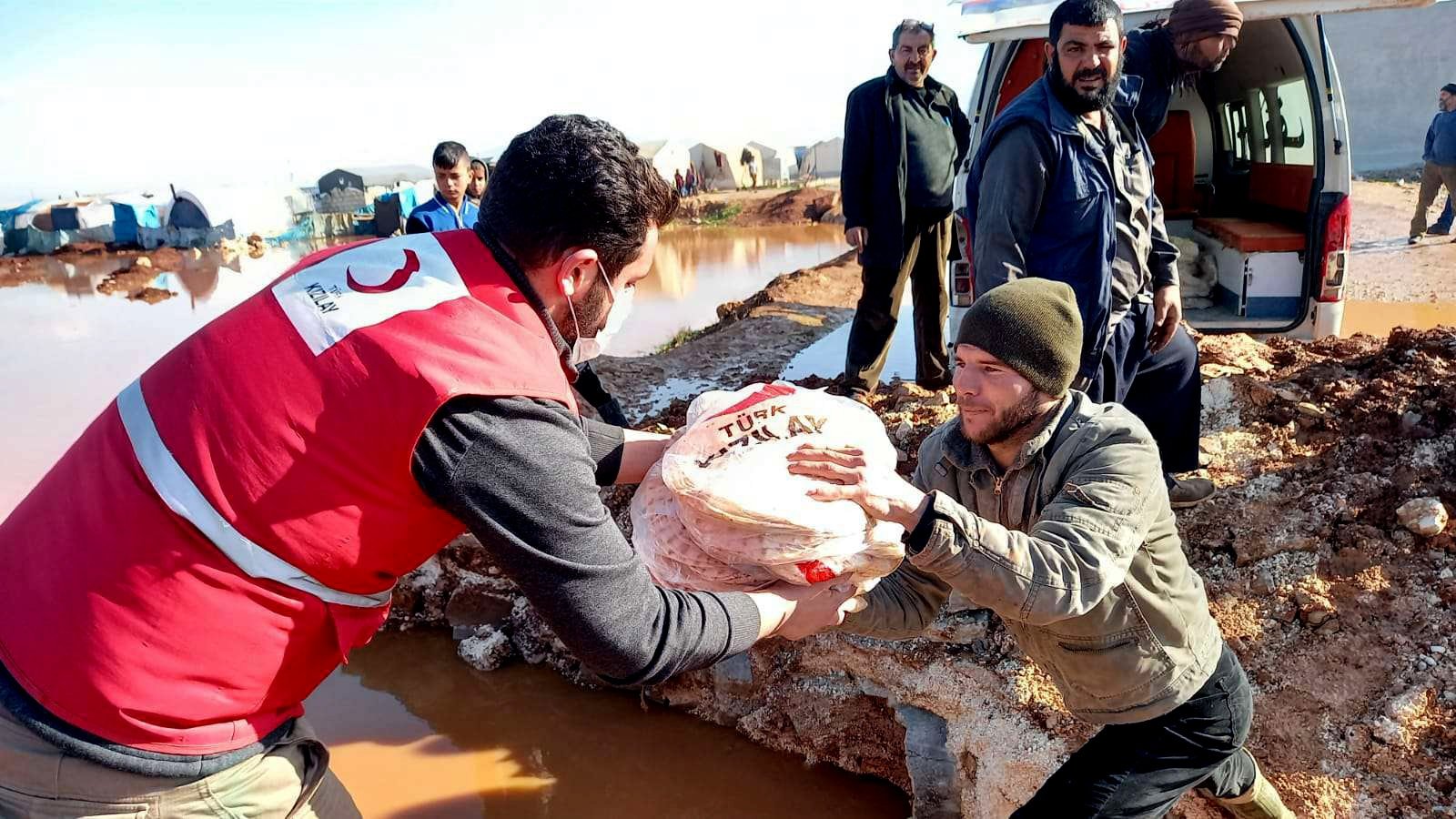 Friday was the 153rd anniversary of the foundation of the Turkish Red Crescent (Kızılay) which has evolved from a small society into a global charity catering to disadvantaged communities and the main source of blood drives across the country. Though it gained its current name in the 20th century, the charity traces back its roots to 1868 when it was established as The Society for Aiding the Wounded and Ailing Ottoman Soldiers.

With an international network through which the country's largest humanitarian organizations provide relief to other nations in need, "Kızılay has acted as an international organization since its establishment," Kerem Kınık, the current head of Turkish Red Crescent, says.

Sending aid ships to Greece during the German occupation in World War II is viewed as one of the agency's first international missions, Kınık underlined. "The Turkish Red Crescent sent aid six times to the Greek island of Piraeus with a ship called Kurtuluş when Greece suffered from starvation during a period called the Great Famine during World War II. During its seventh expedition, the aid ship crashed into a rock off the sea of Marmara and sank," he said.

Defining its mission as an endeavor to be a "proactive institution" to provide help for the needy in times of extraordinary situations, the charity's duties are built on three core fields – disasters, community health care and humanitarian aid – Kınık underlined.

In the case of man-made disasters, he said the Turkish aid group operates intensively in many conflict zones and provides humanitarian support – especially in Syria, Iraq, Somalia, Afghanistan and Libya. "The activities we have carried out for people who have been forced to flee their homes (globally around 80 million people) due to conflicts today are among the most comprehensive protection programs in the world," he added.

The Turkish Red Crescent has expanded to 800,000 donors that provide safe blood for the fields of marrow transplant and stem cell therapy. The charity is also carrying out the TÜRKÖK Project, the Turkish cord blood and bone marrow storage bank, in collaboration with the Health Ministry. "We have approximately 800,000 stem cell donors," Kınık said, adding that around 4,000 bone marrow transplants have matched, reaching the point that largely meets national needs.

Concerning disasters, Kınık said in the humanitarian aid sphere, the group provides food, fights poverty and provides scholarships, protection and housing – particularly in Turkey – but also around the world. In 2020 alone, the agency reached 37 million people, around 8.5 million of them abroad.

The agency presently has 600 branches or representatives across the country, with a goal of 1,000, covering all provinces and districts, and it is now going out to towns and small communities to assist people.

Kınık emphasized the importance of the Red Crescent's foreign assistance, stating that the organization now has delegates in 18 countries and that the number of permanent delegations abroad will be extended to 20 this year. While it is organized throughout the Middle East, the Balkans, Africa, the Caucasus and Asia, countries and such as Indonesia, Pakistan and Bangladesh – plus the plight of Rohingya refugees – are crucial for the organization, he said. "We are present there with personnel and physical capacities."

The Turkish Red Crescent is one of the top five organizations in the world among 192 national societies in terms of budget, number of beneficiaries and projects, said Kınık, who is also vice president of the International Federation of Red Cross and Red Crescent Societies (IFRC).

The Turkish Red Crescent was given the only aid contract in the history of the European Union. "The budget of our contract with the EU is more than 2 billion euros ($2.43 billion)," he said. In addition, the majority of the charity's migration services in Turkey are funded by the EU, he said.

As the Red Crescent is an important player in mediation and human diplomacy internationally, the aid group is now in a considerably more policy-making position in the international arena, he added.