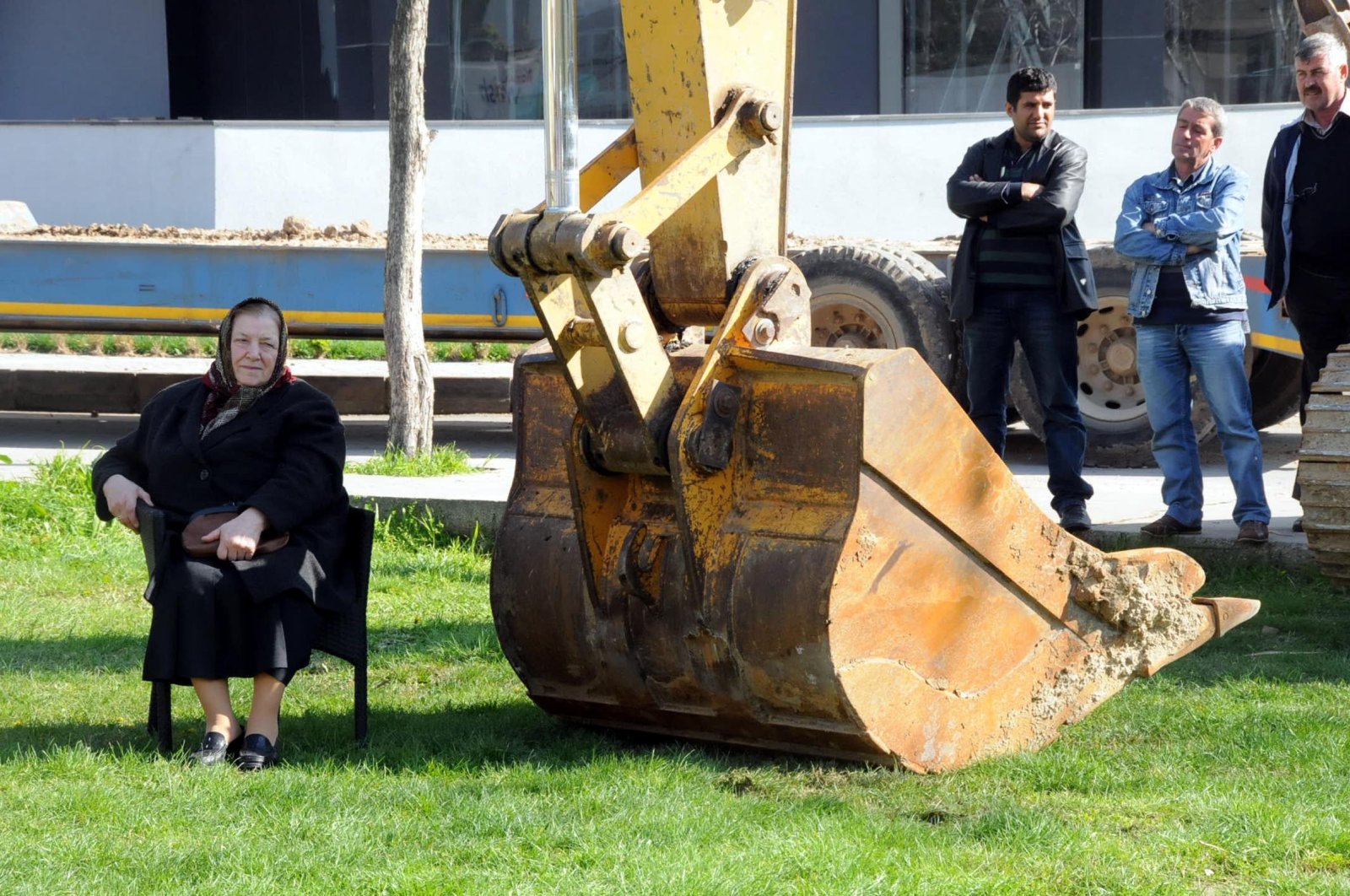 Kıymet Peker made headlines seven years ago when she put a chair in front of a bulldozer set to demolish a park in northwestern Turkey. The dream of the 82-year-old woman to save the park near her home from being destroyed is now closer to reality. After a lengthy legal process, the municipality purchased the land and plans to name it after Peker.

Peker had rushed to the park when bulldozers arrived to flatten the ground. The park was designated as a “commercial area” before the 2014 local elections by the municipality of Edirne province and a building was set to be constructed over it. Locals had challenged the decision, while Recep Gürkan, the mayor who won the elections, had supported Peker. A court suspended the decision by the municipal assembly, on the grounds that it was “against public good” to convert the park into commercial space. Years later, the area was handed back to the municipality from private ownership.

Peker's photo in which she is clutching her handbag while comfortably sitting on a chair right in front of its blade became a symbol of the lawsuit for the park. Speaking to Anadolu Agency (AA) Tuesday, Peker said she was glad to have contributed to the legal action. “I would go there again and stand in front of bulldozers if it happened again. I am pleased it will stay as a park. My only wish was to protect it. This was a place where my grandchildren played and elderly people like me rested. It is a living space for us,” she said. Peker said she would also ask the local authorities to remove an electricity transformer located next to the park, to open up more space for children. She also opposes the municipality’s plan to name the park after her. “Let the children pick a name for it,” she says.