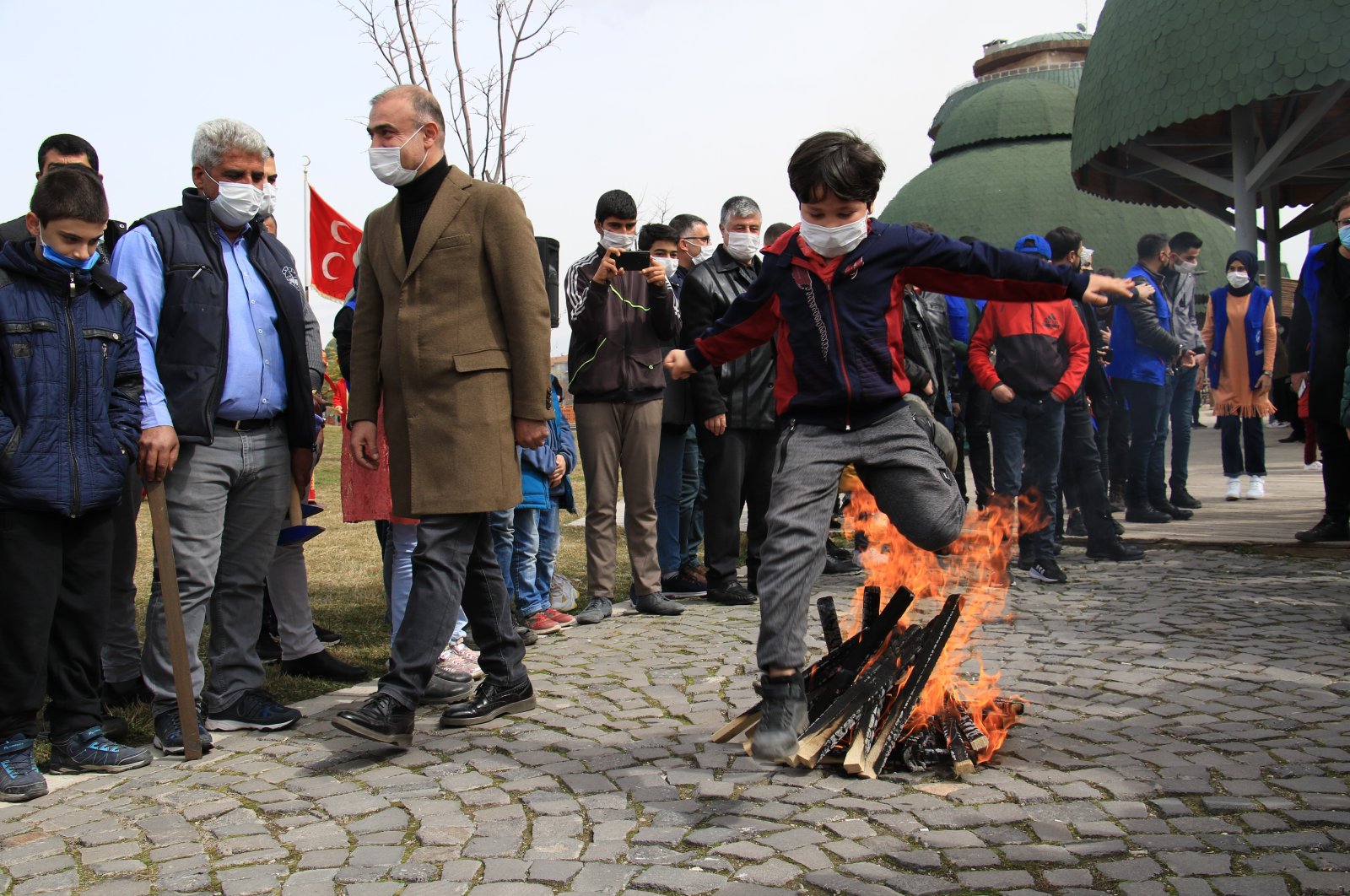 In a statement issued by the Communications Directorate, Erdoğan said Nevruz is a symbol of hope, brotherhood and solidarity and it is celebrated in different geographies stretching from Central Asia to the Balkans.

Wishing the spring festival would bring abundance for his nation, the president said he hoped Nevruz would be a means of remembering, preserving and transferring cultural values to new generations.

The festival, which also symbolizes brotherhood and peace, is celebrated mainly in Iran, Afghanistan, India, Turkic republics such as Azerbaijan across the Caucasus region and Albania and Macedonia. A United Nations-recognized international cultural day, Nevruz marks the start of a new year and is considered as a forerunner of spring.

The origins of this ancient tradition are a matter of historic debate, Nevruz, which means "new day" in Persian, is said to have its origins in Zoroastrianism, the religion of pre-Islamic, Persian empires. According to this religion, March 21 is considered the day of the earth's creation and the first day of the new year.

While some claim that Turks living in Central Asia were the first people to celebrate the coming of spring, the principal view of Nevruz according to Turkic tradition is the celebration of independence. It marks the day of departure from Ergenekon, where Turks were trapped for years before a blacksmith melted the rock and Asena, a grey wolf, led them to freedom.

Ever since, Nevruz has been accepted as the beginning of the new year by Turkic nations around the world and is still honored with vibrant celebrations, including festivals. Blacksmiths beating iron are also part of celebrations at the festival.