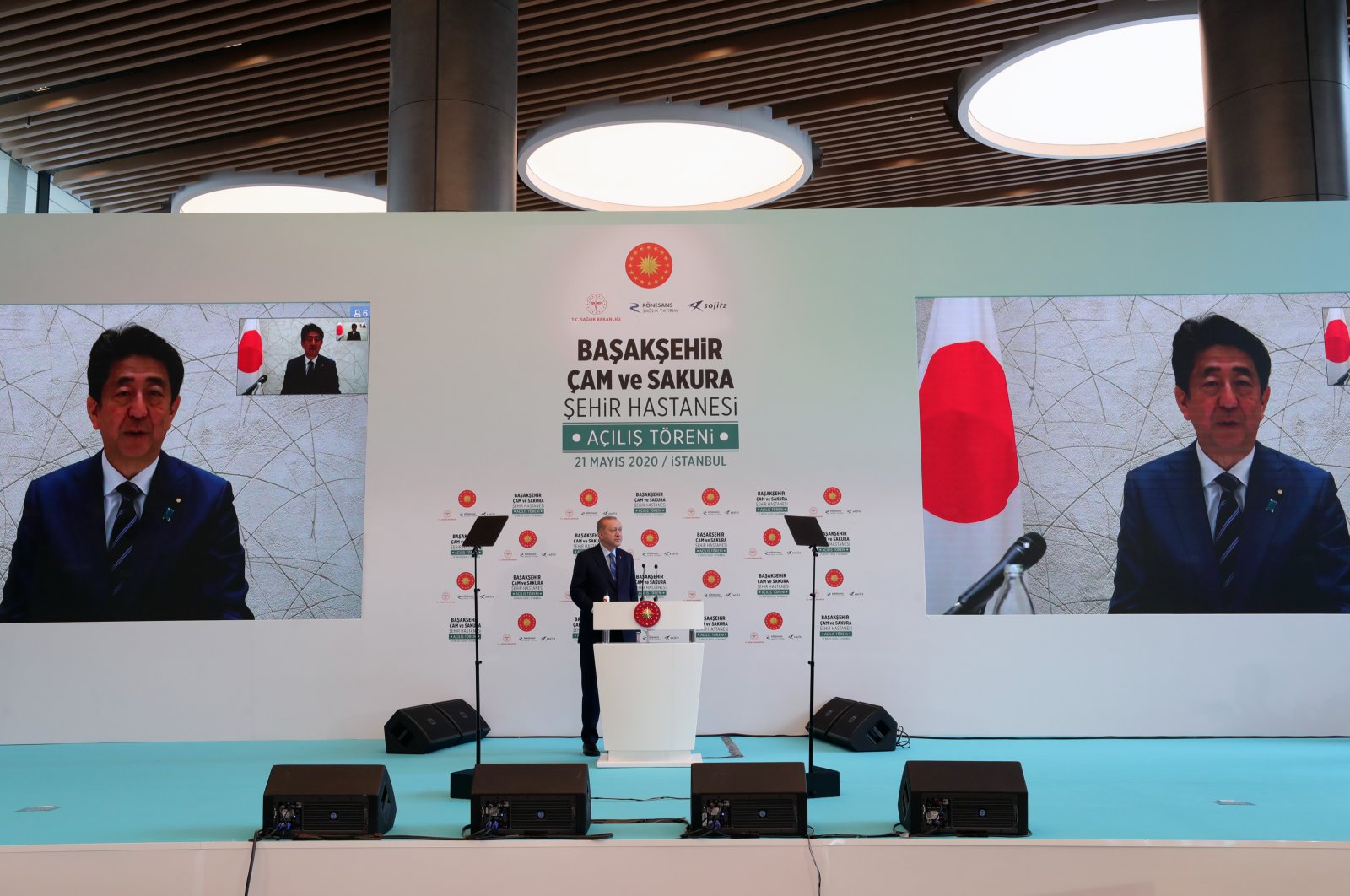 What was expected to be a splendid ceremony turned into a low-key event due to the coronavirus pandemic, but Başakşehir Çam (Pine) and Sakura City hospital, Istanbul's largest, was formally opened Thursday. President Recep Tayyip Erdoğan, attending such an event in person for the first time in two months, inaugurated the hospital with Japanese Prime Minister Shinzo Abe, who attended the ceremony via video link. Few people attended the ceremony and all had to stand at least a few steps away from each other and sat on chairs placed far apart, in line with social distancing measures.

The complex, a product of Turkish-Japanese partnership, will be instrumental in fighting what made the ceremony small-scale: the COVID-19 pandemic. The hospital, which is part of Turkey’s efforts for a major overhaul of its health care system, was partially opened on April 20 as authorities sped up the opening of new hospitals in response to the pandemic. Most cases in Turkey are in Istanbul and the government is already constructing two hospitals exclusively to deal with a barrage of COVID-19 cases.

The hospital has the capacity to serve up to 35,000 outpatients daily and perform 500 surgeries. It also hosts 226 “observation units” that can be transformed into intensive care units. Consisting of 10 blocks and built on an area of 789,000 square meters, the massive complex is the second city hospital in Istanbul following the one built on the city’s Asian side. It has a total bed capacity of 2,682 and has 456 intensive care beds. Around 725 clinics will serve patients across the city, the most populated metropolis in the country, as well as those arriving from other cities.

Speaking at the inauguration of the hospital, a project of Turkey's Rönesans Healthcare Investment and the Japan-based Sojitz Corporation, Erdoğan said that it adds to the deep-rooted and multidimensional Turkish-Japanese friendship.

Touting the brand-new facility, Erdoğan called it "one of the proud monuments of Istanbul not only in terms of aesthetics but also with its technological infrastructure, associated buildings, location, facilities and other features." Such hospitals put Istanbul on the international map in terms of health care, he added.

Abe said he respected Turkey's efforts against the spread of the coronavirus under the "strong" leadership of Erdoğan and the government.

"I would like to convey my appreciation and gratitude to everyone that was a part of this initiative. Çam and Sakura City Hospital is one of the biggest hospitals in Turkey, equipped with the latest technology," he said.