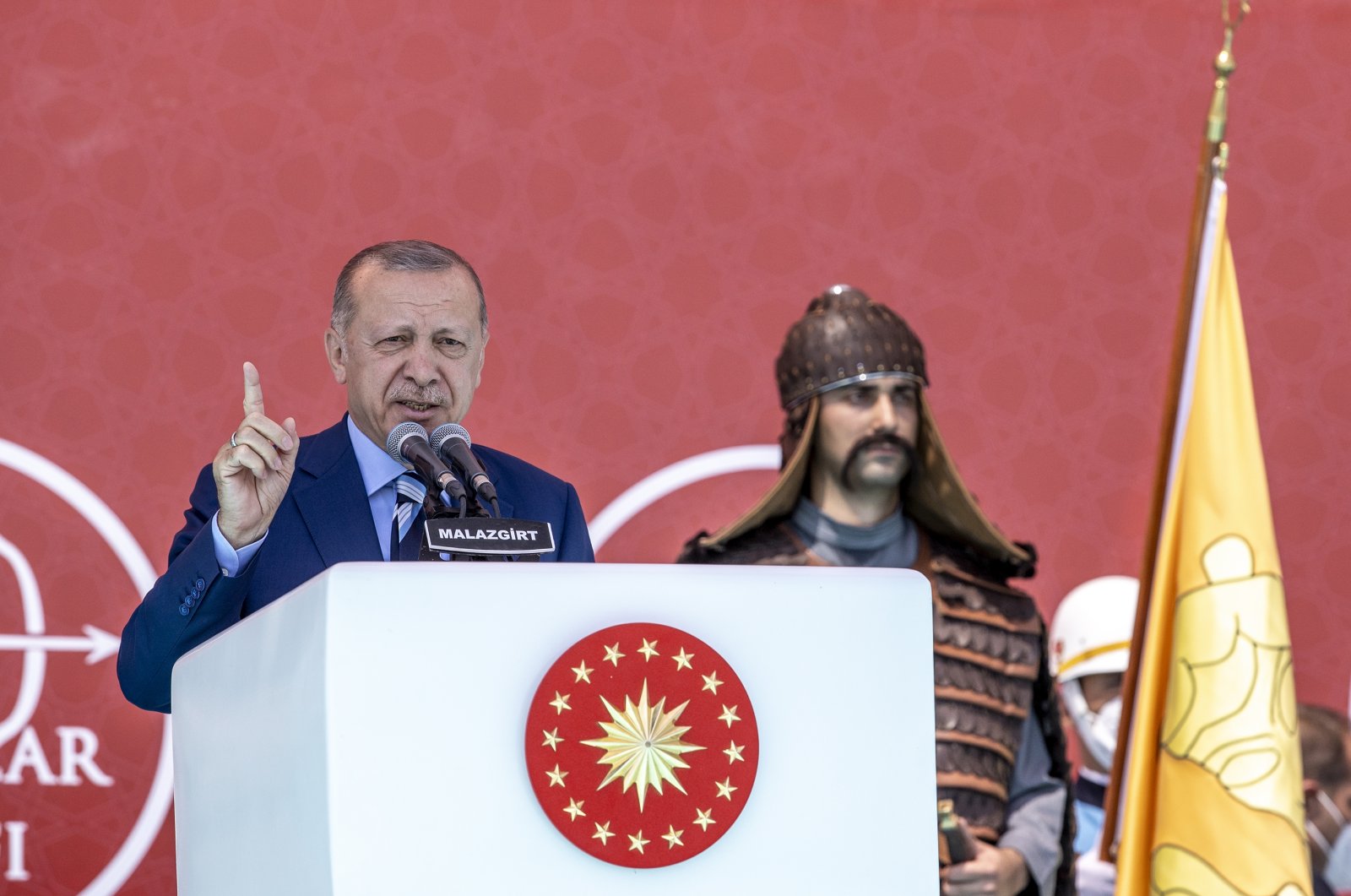 Turkey is commemorating the 950th anniversary of the Battle of Manzikert (Malazgirt), which paved the way for Turkish rule in Anatolia. On the second day of celebrations, President Recep Tayyip Erdoğan said the victory inspires them to make further progress and they would not consent to anything that poses a challenge to the creation of “a big and strong Turkey.”

Erdoğan spoke on Thursday at Malazgirt National Park, located in the present-day Malazgirt district of the eastern province of Muş where it is believed that the Seljuk army defeated the Byzantine army in 1071.

“(Manzikert) is the starting point of our history in Anatolia. There is no war in our history that was easily won and the victory here was the result of great labor and sacrifice,” he said.

“After this victory, Turkish tribes advanced toward Aegean and Marmara shores (in the following centuries) and made these territories our homeland,” the president noted.

"The history is witness to our national struggle to ensure that peace, tolerance and prosperity prevail in places we conquered. Today, we are working to keep every place where our flag flies a place of peace, with the inspiration from our ancestors,” he said.

The president highlighted that 1071 victory was not an ordinary one and it became “the first pillar of a bridge we built between the past and future.”

“Turkey is the latest incarnation of a great civilization that embraced everything belonging to the east and west and is in the phase of a new rise. We brought our country to the league of developed countries in every field, from education and health to energy and security. We will reach the peak in this era where global, political and economic order are being reshaped,” he said.