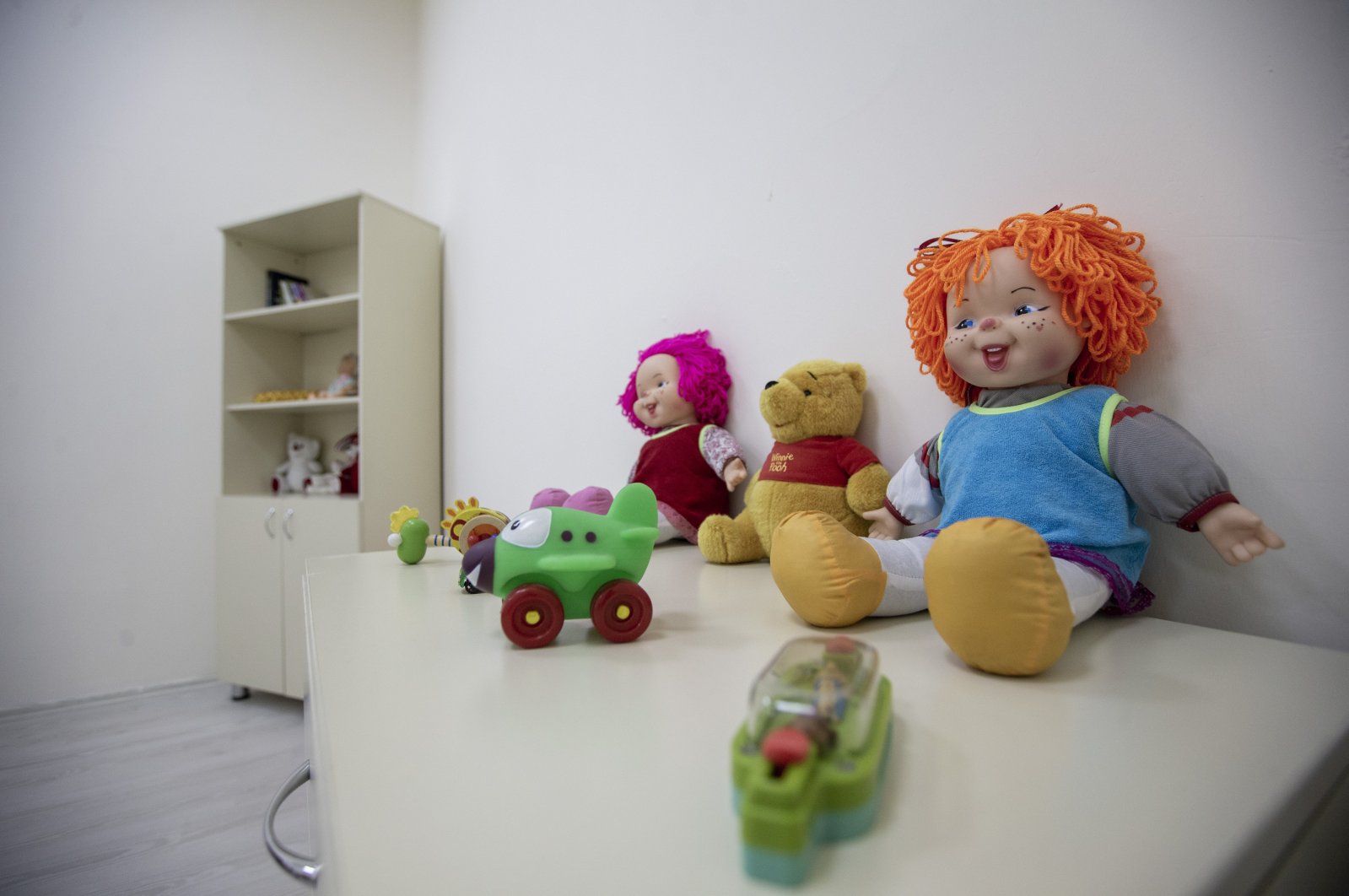 Courthouses, judicial processes and courtroom hearings are tricky situations that can negatively impact both children who are victims and those who stand accused of criminal behavior. In Turkey's Erzurum, a center has been established to protect the nation's young and vulnerable

Turkey's first Juvenile Justice Center (ÇAM) has been established in the eastern Erzurum province with the aim of guarding children's interests in judicial processes, protecting them and ensuring they do not suffer abuse. The center strives to rehabilitate the children it embraces within the framework of the social state, remove them from crime and reintegrate them into society.

The center, which was built in the city with the cooperation protocol signed by the Ministry of Justice and Erzurum Metropolitan Municipality on March 23, has been operational since Nov. 20, World Children's Rights Day, when it was inaugurated by Abdulhamit Gül, the minister of justice.

The ÇAM project, established within the Action Plan on Human Rights (IHEP) and the Judicial Reform Strategy (YRS), seeks to take protective and supportive measures on behalf of at-risk children in judicial proceedings.

Within the scope of the project, a model was developed by structuring the juvenile courts in a separate campus in order to make the children feel that they are not helpless or alone, and that the state stands with them alongside all relevant institutions.

The ÇAM project allows all relevant institutions to work together to keep children away from crime and criminal environments, eliminating the factors that push them to crime and ensuring their reintegration into society as useful individuals, all of which require coordinated work.

The complex includes pools, playgrounds, social facilities, as well as the Olympic National Garden where the coordination units of the Erzurum Metropolitan Municipality for vulnerable groups are located.

Thus, the project is designed so that children are directed to programs, including courses and education, that are suited to their interests, ensuring that they acquire a profession and develop their skills in fields like sports and art, eliminating the identified risks, meeting their needs and rehabilitating them.

It also ensures that the legal processes of children who are victims or have committed crimes are completed without them having to face an intimidating courthouse. ÇAM has an on-site child court, juvenile investigation office, Directorate of Legal Support and Victim Services, forensic interview rooms (AGO), juvenile police, lawyers, a law clinic and a forensic medicine liaison office.

Hearings at ÇAM are held in child-friendly courtrooms with the participation of relevant experts, members of the judiciary and lawyers who do not wear robes.

The statements of the victim and perpetrator were taken by experts through the AGO system and they were never made to be in one another's presence as it was deemed inappropriate.

Murat Binici, from the Department of Legal Support and Victim Services at the Ministry of Justice, told reporters that they have adopted the basic approach of ensuring that children are not maltreated during the judicial process.

Binici stated that they had implemented the AGO system in order to create child-friendly environments.

"We do not aim to punish our children who are dragged into crime, but to save them from these crime and criminal environments. This is exactly the purpose of our center," he said.

Binici emphasized that the society and environment a child is exposed to have an impact on the likelihood of them committing a crime.

"We want all our institutions to come together in the judicial process regarding children and carry out activities to save our children from crime and criminal environments, to identify the factors that push them to crime, to eliminate these factors, to reintegrate them into society as useful individuals," Binici said. "Erzurum ÇAM project came to be as a result of this awareness."

"Undoubtedly, there are examples where some units such as juvenile courts or youth courts are structured outside the courthouse, but at ÇAM, all the institutions involved in this process are brought together in an integrated manner," he noted.

"For this reason, I would like to express that the practice that we will carry out here at our center is above international standards."

"We want children to see the public officials who serve them as sisters and brothers who extend the compassionate hand of our state to them."

Binici noted that they want to practice restorative justice at ÇAM. At the center, which is the first of its kind in Turkey, they want to facilitate children completing their judicial processes without being forced to stand before the cold face of the courthouses, while preventing them from becoming angry or frustrated, and ultimately helping them acquire a profession along the way.