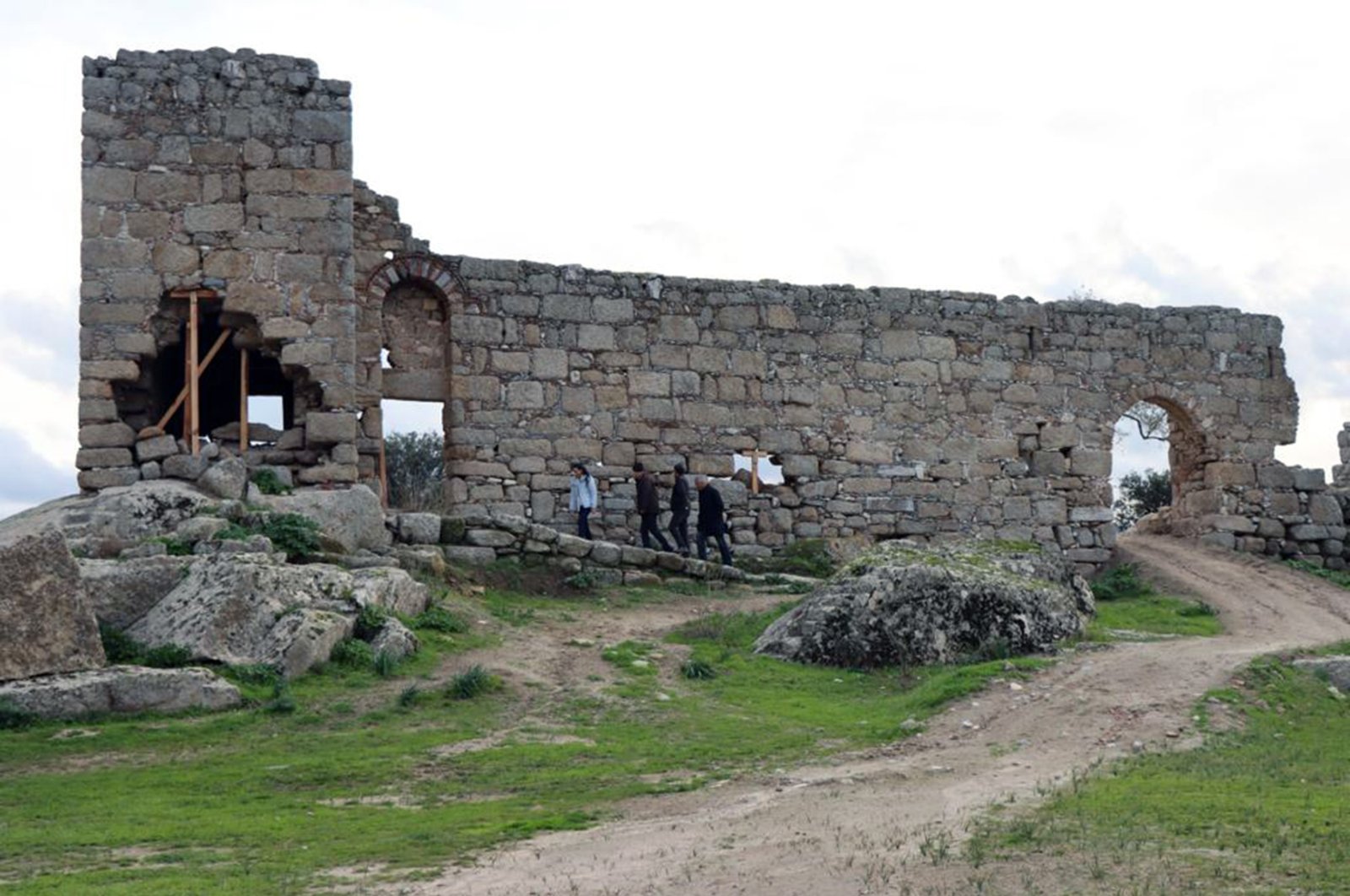 Excavation, restoration and conservation work continue with great care in the ancient city of Heraclea, a southwestern city in Türkiye, which attracts thousands of tourists from around the globe.

To preserve the natural and historical beauties of Muğla and pass them on to future generations, work continues with great care in ancient cities and ruins with the support of the Ministry of Culture and Tourism, the Muğla Governorship and the Investment Monitoring Coordination Presidency (YIKOB).

The ancient city of Heraclea on the shores of Lake Bafa, one of the rare places where cultural assets are intertwined with natural beauty, has attracted the attention of the whole world in recent years and has become one of the critical centers of nature and cultural tourism.

After the visit of Muğla Governor Orhan Tavlı to the Milas Kapıkırı region in 2021, excavation and conservation work for the protection of the ancient city of Heraclea started. The works, which started as a rescue excavation, were transferred to the status of a 12-month excavation within one year with the presidential decree.

Under this project, critical archaeological data and findings were discovered in the ancient city of Heraclea, the Endymion Sanctuary and the Lake Castle. Among the items were artifacts dating to the Menteşe Principality and early Ottoman period. The researchers were also able to determine that the castle was used until the middle of the 15th century.

The ancient city of Heraclea, located within the borders of the Kapıkırı quarter of the Milas district, was a Carian city founded in the late Classical-early Hellenistic period. Located on the southwestern outskirts of Latmos Mountain and the northeastern coast of Bafa Lake, it is one of the few places in the world that can be described as a "sea of rocks" with its extraordinary geological formations, considered sacred in the ancient period when Heraclea was founded. Bafa Lake was once a gulf and turned into a lake with the alluvium carried by the Menderes River.

Heraclea has been exceptionally well conserved. The site is a typical Hellenistic town, with a rectilinear street grid dividing residential zones, public squares and shrines, all of the elements and spaces that define Greek urbanism. Heraclea is a remarkable marvel situated in a magnificent environment as a one-of-a-kind and sizable open-air museum.

More public buildings from various times can be seen in the ancient city area, including the ruins of the theater, Roman baths, a spring house and a gymnasium (an athletic training ground surrounded by porticoes).

A little further south, a remarkable edifice with a curving back wall and a columned porch is considered the sanctuary of Endymion, the shepherd demigod who was supposed to originate from the area.

It is said that Endymion is a young and handsome shepherd living on Mount Latmos who has been considered sacred since prehistoric times. According to the ancient myth, Endymion used to graze his herds on Latmos Mountain, with its slopes surrounded by lush green grass and fragrant flowers, cheer up nature with the melodies pouring from his pipe. In the evening, he would go to rest in his cave by Lake Bafa. No one could see Endymion in these desolate mountains except the moon goddess Selene.

The shepherd Endymion fell in love with this beauty, watching Selene rising toward the sky from the sparkling waters of Lake Bafa and enveloping Latmos Mountain with its lights every evening. Selene also fell in love with this handsome young man. It is said that since that day, Selene, the goddess of the moon, has touched Latmos Mountain with love and made Bafa Lake shine like a silver tray with its radiance. For this reason, it is rumored that Heraclea is one of the most beautiful places on earth where the moonlight reflects.