10 things that make a house a truly Turkish home 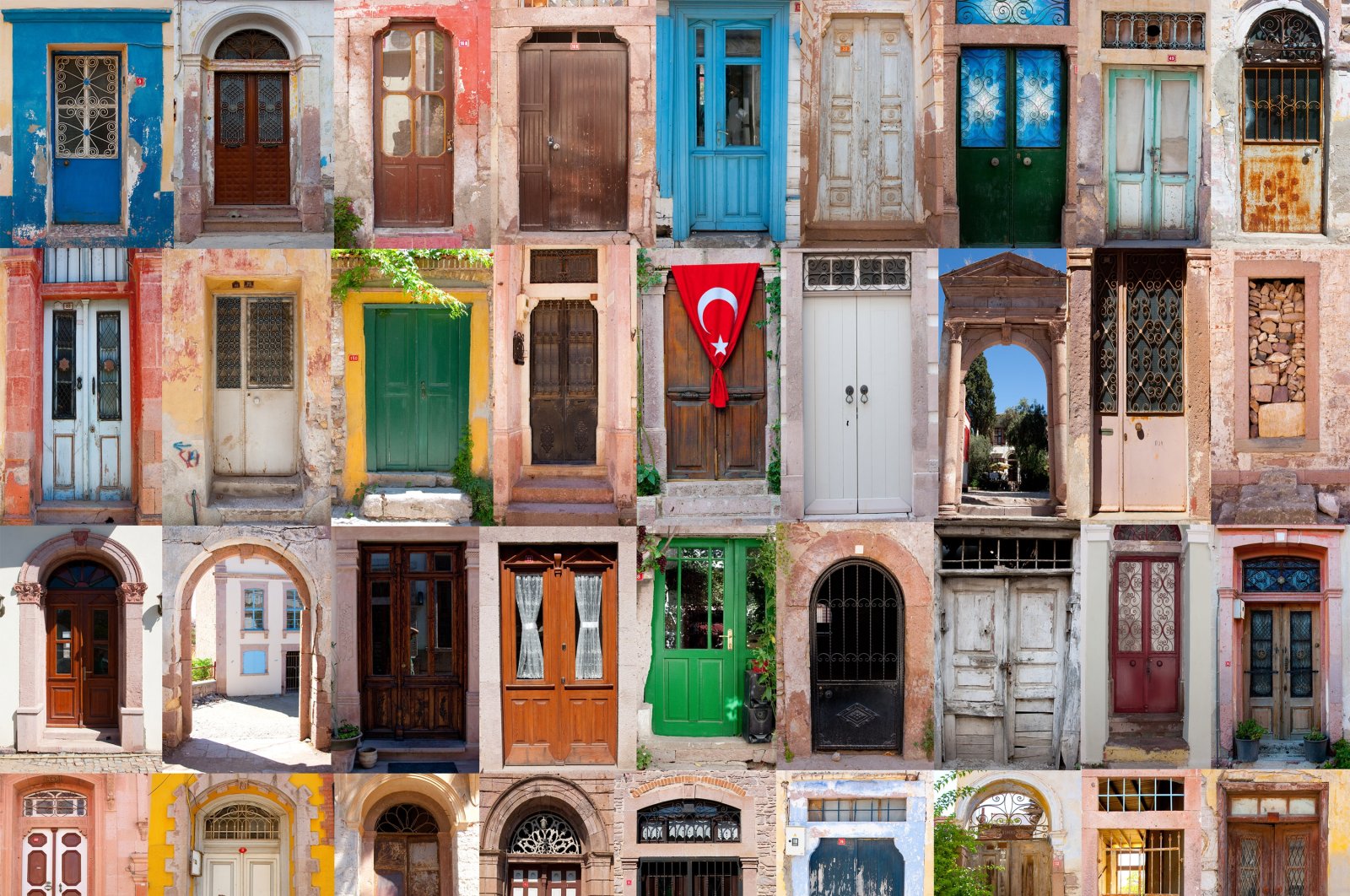 Although they may look different from the outside, many Turkish houses share common cultural items. (Shutterstock Photo)
by Leyla Yvonne Ergil Jan 07, 2021 1:05 pm

Sometimes, it's the smallest details that make the biggest impact, and for Turks, these items are absolute musts to turn an ordinary house into a warm, cozy home

From the very moment one approaches the door of a home in Turkey, it becomes evident that it is indeed a local abode as the host will extend a pair of slippers for you to put on to cross the threshold. It’s almost unheard of to not accept the offer of slippers regardless of whether they actually fit you or not, and it would be outright rude to not take off your shoes in the first place. Many households will actually have a pair of guest slippers to pull out on the occasion, and you should too. If you feel uncomfortable wearing someone else’s shoes, a tip to avoid an awkward slipper exchange is to actually bring a portable pair of your own, such as sock-slippers and the like.

Hanging an evil eye, referred to in Turkish as “nazar boncuğu,” in the entrance of a home has become a steadfast tradition here in Turkey. Mainly made out of opaque blue glass with a white eye design in the center, these keepsake decorative hangings can range from the size of a coin to that of a palm, and according to superstition, they guard against evil from envious eyes. While the evil eye is certainly not an Islamic tradition, hanging a Quran in a special bag high up on a wall is. Pomegranates are another item you will find in a Turkish home, either real or in decorative form, as the fruit is believed to bring prosperity and abundance into the home.

Anyone familiar with Turkey will be well aware of their inclination to drink copious amounts of black tea. Thus, there are a variety of tea-drinking accessories that are practically mandatory for any home starting with the traditional Turkish teapot that consists of a combination of a larger pot on the bottom and a smaller one on top. The bottom section contains boiled water, and the smaller pot on top is where a strong tea is brewed so when poured, the tea can be diluted with water according to everybody’s liking. There is also the classic Turkish teacup, referred to as “ince belli,” which means thin-waisted and is usually accompanied by a small saucer and an even smaller spoon. The Turkish teaspoon is an important element as many recipes in Turkey will actually use the tiny spoon as a measurement. A tea tray is another important element of a Turkish home as it is necessary to transport all of the cups and saucers to serve. An entertaining trick with the classic tea trays more prominently used in tea gardens, which are circular with three triangular rods leading up to a handle, is that if you spin it upside-down fast enough, all of the cups filled with tea may stay intact.

The Turks are also well-known for their love of Turkish coffee, which is also served in a specific small cup to accommodate just the right amount of the strong espresso-like brew. There is a Turkish saying that drinking a cup of coffee with someone will be remembered for 40 years to come and thus coffee is also regularly offered to guests in a Turkish home. The “cezve,” a small, long-handled pot with a pouring lip, is the tool used to specifically make Turkish coffee. It is traditionally made out of copper or brass. Yet another indispensable item in a Turkish home, coffee is prepared in the cezve to accommodate individual preferences of plain or with sugar added. This is an especially important item for prospective brides as, during the courting process in which the groom’s family visits to ask for her hand in marriage, the potential wife is tasked with preparing the perfect cup of coffee. Occasionally the bride will play a joke on her future beau by preparing everyone’s coffee to perfection except for her potential husband’s whose will be served up with salt or pepper (or other creative spices) instead of sugar, which he drinks without making the error obvious in a sort of test of his love for her.

Long before there was COVID-19, there was cologne in Turkey, serving as a staple in every home and offered to guests by drizzling some in their hands, before, during and/or after a visit. Cologne is also used as a perfume, a treatment to relieve headaches and a wound cleanser due to its strong antiseptic properties.

A “güğüm” is a large copper jug that Turks fill with water and place on top of the traditional wood-burning stoves, referred to as "soba," in winter as it not only serves as a source of hot water but also as a natural humidifier for the home.

Many classic Turkish homes will also have a set of nesting tables called “zigon sehpası.” The matryoshka dolls of side tables, these sets come in sizes ranging from smaller to larger and fit into one another only to be separated for positioning in front of guests, allowing them to comfortably drink their coffee or tea. They can also serve as stands for backgammon sets, or “tavla,” a timeless and traditional game that is present in practically every single Turkish home. While many a tourist has seen the spectacular mother-of-pearl inlay variations, some skilled at the game prefer the simple wooden backgammon sets for the satisfying noises made as the dice are rolled and the pieces are emphatically put down in their place during play.

Doilies made of lace, referred to as “dantel,” used to be a highly desirable item included in a dowry. They were hand-knit by the bride and her mother, as each passed down the skill to younger generations.

Of the more practical amenities found in nearly every Turkish home are candles and flashlights as electricity can admittedly get cut off at less than a moment’s notice. "Arap sabunu," which means Arabian soap, has been a cleaning agent kept in Turkish homes for decades. Made from potassium caustic and vegetable oils, but in the past suet, Arabian soap is a soft and natural product that can be used in a wide variety of applications ranging from dishes and laundry to metal appliances or wood surfaces. It can even be used as a pesticide. Most Turkish homes will also have a broom head made entirely of straw that is just as aesthetically pleasing as they are useful for sweeping. Then there is the blessed “pazar arabası,” a lightweight fabric trolley with wheels that can accommodate your shopping and is generally used to transport produce from the farmer’s markets they get their name from. These personal shopping carts make getting around with goods much easier, halt the tragedy of plastic bags ripping in your hands and allow shoppers to use less plastic, always a good practice.