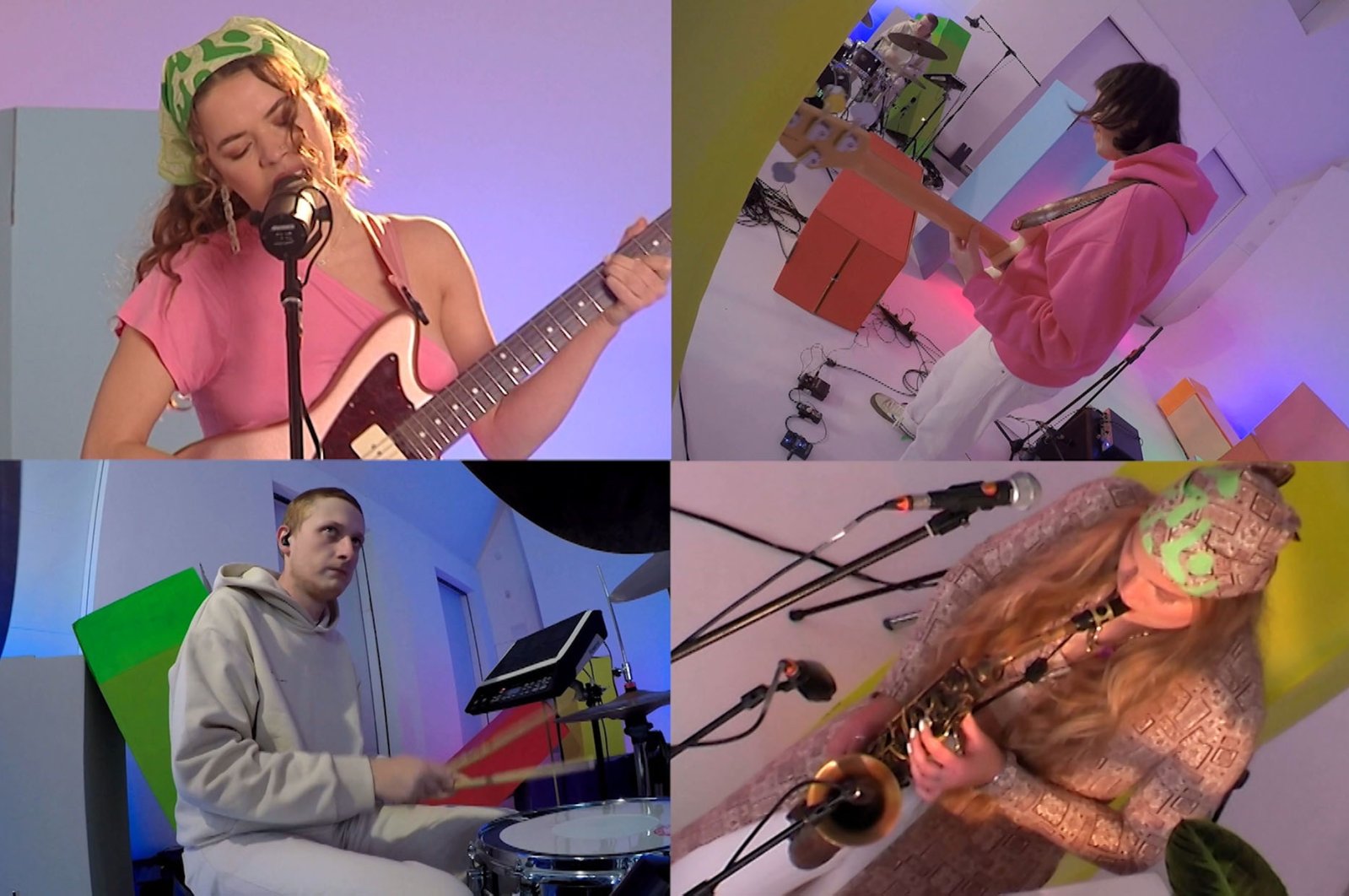 When it comes to art, music and food, there are a number of talented Turkish names showcasing their innovative streak and even becoming household names with their creations all over the world

Nilüfer Yanya riding her own wave in music

If you haven’t heard, Nilüfer Yanya is a 25-year-old singer, songwriter and musician who is making waves all over the world, melding genres with her unique sound derived from her mesmerizing voice, haunting guitar and soulful lyrics. Yanya, who happens to have a mother of Irish and Barbadian heritage and a Turkish father but grew up in the Chelsea area of London, defies musical genres, with hers incorporating elements of rock, indie pop, soul and R&B. Growing up listening to a blend of Turkish and classical music, Yanya learned to play the guitar by the age of 12. Her parents were artists; her mother Sandra Daniel is a textile designer and painter who designed for Paul Smith, and her Turkish father Ali Yanya is an artist and art professor who came to London from Istanbul with a scholarship to the Royal College of Art. His prints have been exhibited at the British Museum, but he also played a Turkish instrument, the bağlama, as Yanya was growing up.

Yanya began uploading her demos to SoundCloud in 2014, and just a year later, at 20, she was asked to join a girl-band being formed by One Direction producer Louis Tomlinson. Yanya declined and continued to hone in her own sound which resulted in three EPs released in 2016 and in the two years that followed: “Small Crimes/Keep on Calling,” “Plant Feed” and “Do You Like Pain?” In 2019, Yanya released her debut studio album entitled “Miss Universe,” which received rave reviews and critical acclaim, marking her as the most exciting and newest sound to come from the U.K. She released her latest LP “Feeling Lucky?” last December and just last week, on Feb. 2, Yanya was a musical guest on the popular U.S. talk show “The Tonight Show Starring Jimmy Fallon,” where she performed the first single, entitled “Crash.”

This wasn’t the first time she has captivated the U.S. audience as her worldwide television debut was her performance of the single “In Your Head” from her “Miss Universe” album on “The Late Show with Stephen Colbert” in July 2019. Yanya has also showcased her talents for multiple festivals in the U.K., the U.S. and beyond. She debuted the third song on her newest EP Day 7.5093 on NPR’s Tiny Desk Home and just three weeks ago released a video for the song shot by her sister, Molly Daniel, which gives a backstage glimpse into her life on tour. Yanya also embraces her Turkish heritage in the video for “Paradise,” one of the singles from her debut album “Miss Universe.” The video was filmed entirely in Istanbul, her father’s hometown, and was also shot by her sister. The two sisters, who are the oldest of four, also collaborated on the charitable program Artists in Transit, in which artists traveled to refugee camps to run workshops.

First Turk to receive Michelin star for his own restaurant

A Turkish chef has just received the coveted Michelin star for his restaurant “Dede,” which is located in West Cork, Ireland in the Michelin Guide Great Britain and Ireland 2021 awards. Not only was his the only Irish restaurant to be given a new star in this year’s guide, but this also makes Ahmet Dede the first Turkish chef to win the accolade for his very own restaurant.

This is actually the second Michelin star Dede has received, having first achieved the accolade in both the 2018 and 2019 Michelin Guides as the head chef for the now-closed Mews. Supposedly, an incognito judge visited Dede’s new eponymous restaurant at the end of last year and was impressed with the lobster kebab, which has become the restaurant’s signature dish, as well Dede’s take on the Turkish dumpling specialty mantı. The other specialties at Dede include Irish venison, buckwheat, and orange and hazelnut baklava.

At “Dede,” which is located in The Custom’s House in Baltimore, Dede’s philosophy is to bring a Turkish sensibility to contemporary dining by using the best locally sourced and foraged produce and wild ingredients. The Michelin Guide also commends Dede’s minimal waste approach and writes that “the town and its people have in turn taken him to their hearts.”

The opening of the restaurant was originally scheduled for last March but was pushed back into the summer due to pandemic restrictions. The restaurant served indoor and outdoor when it could and also operated as a deli running a popular takeout business during times of lockdown.

Born in the capital Ankara, Dede is the youngest of three brothers. His family moved to western Kuşadası when he was 10. During school holidays, Dede would work at his uncle’s European-style restaurant where he met his Irish wife-to-be. Kuşadası tends to be a haven for Irish tourists and expats. In 2019, at the age of 24, Dede moved to Dublin, where he began studying gastronomy and went on to work in some of the best fellow star-wielding restaurants in the country, as well in Holland where he worked at the two-star “&Moshik,” known for molecular gastronomy, and the two-star “Maaemo” in Norway.

Dede received the good news of the Michelin star while in his native country of Turkey where he was caring for his parents who are recovering from COVID-19. In a virtual ceremony held Jan. 25, Dede was commended by the Michelin council for sharing his Turkish heritage with the region. In response, Dede expressed how happy he was and said he was honored to receive the star with cuisine from his homeland.

Ones to watch out for: Santi and Tuğçe

Santi and Tuğçe, an electronic music duo that blends Turkish elements and remakes with world music, is comprised of Santiago Ferreira, hailing from Paraguay, and Tuğçe Kurtiş, whose hometown is Istanbul. The two met in the U.S. but are now based in Berlin, and together they have performed their unique blend of world beat melodies behind Kurtiş’s spectacular voice in festivals all over the world.

They have multiple albums and EPs including “Songs for Another Day,” which presents Anatolian and Balkan melodies with rhythms and instruments from Latin America. Then there is “Songs for my Grandmother,” which is a series of remixes of Turkish oldies such as “Yıldızların Altında,” with a version even being included in a Buddha Bar Album. Among their multiple releases, there is also the 2019 album, “Terminal Caribe,” which also includes Turkish elements with Latin music, and “El Regrese de Gallito,” in which the duo explores Paraguayan folklore.

In November, Santi and Tuğçe released the EP “A Twice Told Tale” consisting of three Turkish songs, and on Jan. 29, they released the first single “The Spell” off their new EP “The Witching Hour.”