All about Turkish textiles: What to buy and where 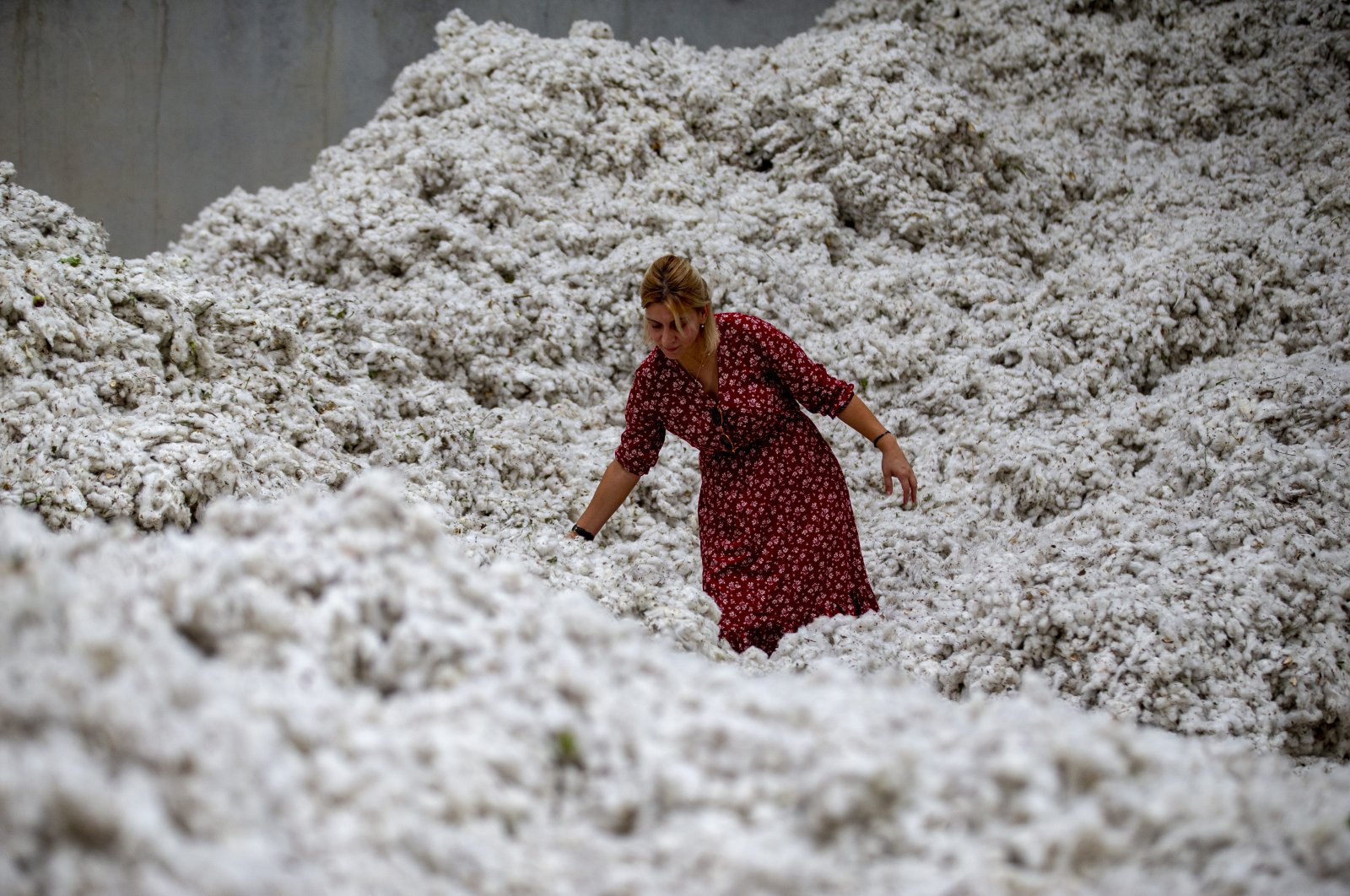 Turkey is renowned for its beautiful textiles, especially its cotton, grown with care and century-old practices. Though most people would think solely of carpets or soft and lightweight towels when one mentions Turkey, there are actually quite a few unique Turkish fabrics

Turkey has some of the world’s most skillful and stunning textiles that surprisingly vary greatly in style, design and colors. From lightweight and natural summer fabrics to ornately embroidered velvet, there is a wide range of textiles you can purchase as a gift or simply take home yourself.

Synonymous with the summer months, Şile bezi is an airy and lightweight hand-loomed cotton fabric that is manufactured into summer dresses, casual tops for men and women, tablecloths and bed linens and is reminiscent of linen. Revered for being a non-synthetic, crimpled cotton muslin that absorbs moisture, the fabric, for the most part, is not dyed but instead embellished with symbolic embroidery or crochet. Named after Şile, the seaside region north of Istanbul proper, the fabric has traditionally been produced by local rural women who wash the fabric in the Black Sea and lay it to dry out on the beach itself. This natural fabric and the textiles produced from it are regularly available at local bazaars all over the country, as well as at the Şile Yeryüzü Pazarı, held Fridays and Sundays, and specializing in locally produced food products and textiles.

The province of Denizli has a legacy of weaving pure cotton fabrics that spans back nearly 4,000 years as the recent archaeological uncovering of a textile factory has proven. Coincidently; the province’s most famous natural site is referred to in Turkish as Pamukkale, which translates to “Cotton Castle.” While the site, which consists of visually spectacular mineral-laden thermal travertine terraces, does not directly correlate to cotton fabric per se, the neighboring ancient Roman spa city of Hierapolis dating back to the second century B.C. coupled with the fact that the area was known to boast superior weavers as mentioned by 14th-century Muslim traveler Ibn Batuta can attest to what could be considered the ultimate bathing textiles in the world. Woven out of thick cotton yarn, the peshtamels and towels traditionally used in the Turkish bathing ceremony are all examples of “Denizli dokuması” (the Denizli weave). These fabrics are known for being moisture absorbent and breathable and come in an array of colors obtained from natural dying methods using walnut leaves, onion skins, sumac and acorns as well as many other herbal, root and plant sources.

There are multiple Turkish hamam shops in Istanbul's Grand Bazaar as well as Jennifer’s Hamam, opened by a fellow expat in the Arasta Bazaar, where you can find textiles made from this special woven fabric that is also referred to as “Buldan bezi,” as it has been patented referring to the specific region where the fabric first thrived.

While the style, colors and fabric used may vary throughout the country, “yazma,” which in Turkish literally means “writing,” is a type of fabric that is either hand-painted or block-printed using a carved wooden mold. Each province produces unique designs and styles of yazma, utilizing different fabrics and colors, but the most famous are the black designs printed on white or colored cotton from Tokat, the bright yellow fabric printed with blue, red and green designs from Kastamonu and silk variations from Bursa to name just a few. These fabrics are used in multiple ways spanning from stylish summer dresses and traditional baggy şalvar pants to most commonly as a headscarf in which the edges are embellished with a trim of hand-embroidered lace, referred to as “el oyası” and is a beautiful art in its own right. Yazmas are regularly available at local weekly bazaars and all types of fabric stores.

More commonly known as coming from Indonesia and Malaysia due to the fact that the word "ikat" itself is derived from the Malay word "mengikat," meaning to bind, in this fabric, the threads used to create the design itself are tied together and resist-dyed in a method similar to tie-dye or batik. The difference in the method used for ikat is that the pattern is applied to the threads themselves before the fabric is woven, rather than to the entire piece of fabric. What results is a fabric with a unique and stunning blend of color and patterns, which has become a popular high-end textile used in home furnishings of late. It is one of the oldest forms of textile decoration and has surfaced in many different areas all over the world, including Central Asia and Uzbekistan as well as in the Middle East’s Iran, Syria and Yemen and here in Turkey. Each country has its own distinct style or motifs and the threads, which can vary from cotton and velvet to silk and wool. While you can definitely find ikat textiles and accessories in the Grand Bazaar, such as at the shop Dere Gözü, more upscale applications of the fabric are available at the Mudo Collection home accessories chain and at the designer pillow shop Yastık By Rıfat Özbek in Nişantaşı.

An impressive addition to Turkey’s legacy with textiles comes in the form of suzani, which is a type of colorfully decorative embroidered textile that arrived in Turkey via the Turkic nomadic tribes of Central Asian countries such as Uzbekistan, Kazakhstan and Tajikistan. The name of the textile is derived from the Persian word for needle, which is "suzan" and attributes to the wonderful symbolic, circular designs in rich colors that were traditionally embroidered by brides as part of their dowry. Some of the most prevalent designs on suzanis, which are mainly made out of cotton or velvet, include the sun and moon, flowers, including Ottoman tulips, birds and fish and fruit such as pomegranates. Officially dating back to the late 18th century but assumed to have started much earlier, antique suzanis can be found in flea markets throughout the country and are all over the Grand Bazaar, having been incorporated into a variety of shoe and boot designs as well as handbags. Nurem is a shop that stands out for purchasing the textile itself, which can easily be used on furniture, as a bedspread or wall hanging. The online shop Enjoy Istanbul also has a wide variety of styles and applications that are easy to peruse.