An expat guide: How to learn or practice Turkish from home 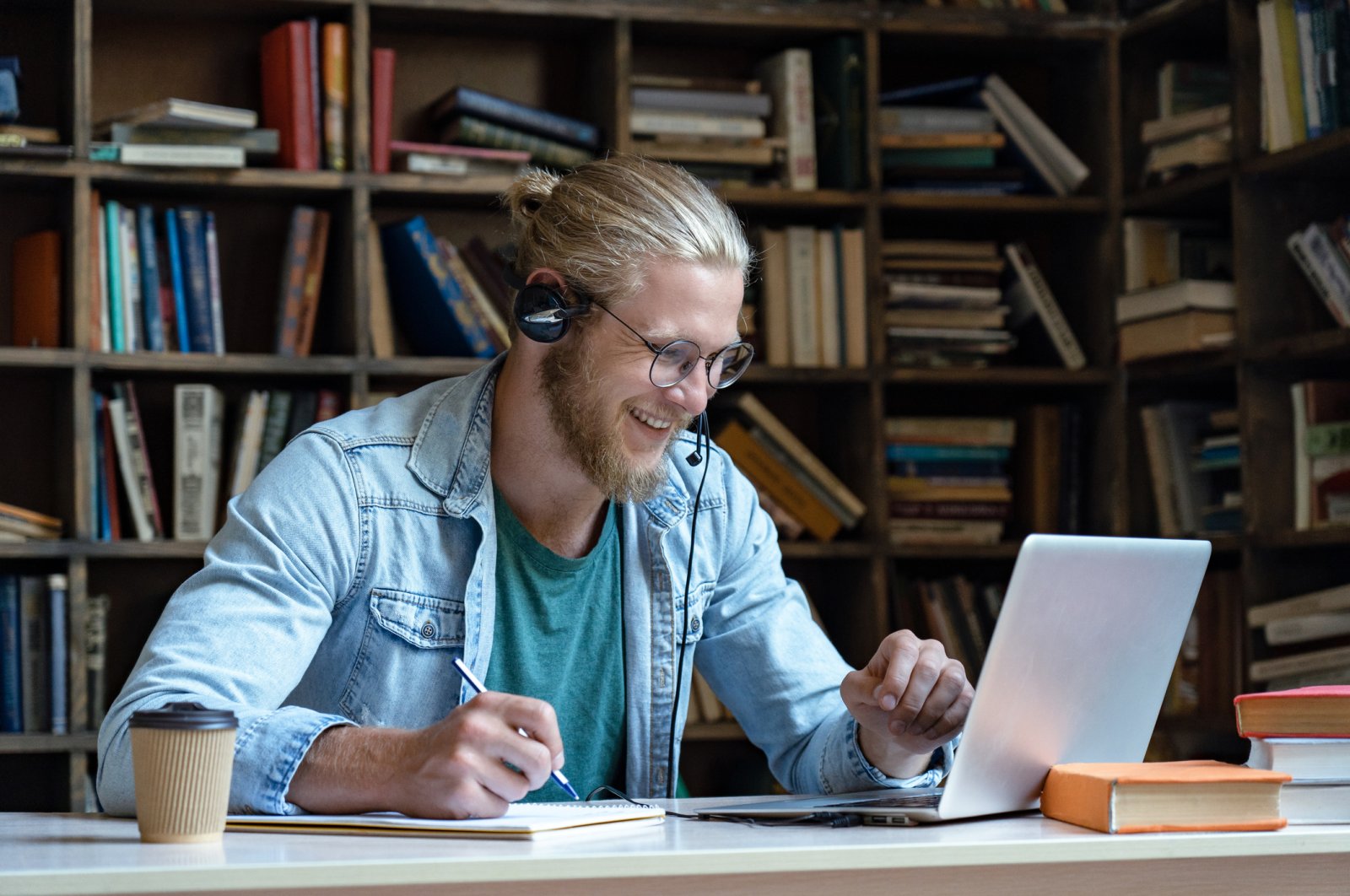 Make use of all those online language learning courses you signed up for while under lockdown. (iStock Photo)
by Leyla Yvonne Ergil May 07, 2020 1:01 pm

Learning a new language is like hygiene: If you don't practice every day, your language skills will decay. Even if you can't practice your Turkish in-person right now, don't forget that there are endless options online to keep those skills sharp

There is no excuse to let our Turkish or language learning waiver as we practice social distancing as there are a variety of methods out there to continue learning or practicing a foreign language from home.

Hands On Turkish is a free introductory Turkish online learning program supported by the European Commission that was created by a team of half a dozen academics from all over the world to teach the language to non-academics in an online platform. There are a number of programs available, ranging from the free 12-hour introductory program, which is spread over the duration of 12 hours in four weeks to the complete online Turkish learning program which has a course duration of 120 hours within a year. The hours are flexible and you can learn at your own pace and simply through the website, which teaches vocabulary for beginners, travelers and business purposes as well as how to pronounce the words given.

Learn Turkish by Panagiotis Georgalas is an entertaining website with a wide range of educational tools to learn and practice your command of Turkish from the comfort of your couch. There are a variety of drills and puzzles as practicing techniques as well as thorough descriptions of grammatical rules and theories. The website has lessons on useful phrases and a variety of vocabulary lists utilizing challenging exercises. There is also a variety of ways to practice real-life Turkish such as through the front page posting of newspapers every day along with a handy dictionary for unfamiliar terms. It is a fun way to learn and practice the language, and Georgalas also offers lessons on Greek for foreigners and for native Turkish speakers on additional websites, which you can access through www.learnturkish.pgeorgalas.gr.

One of the most popular online learning tools for the Turkish language has been Turkish Tea Time, which was created nearly eight years ago by an American expat and a native Turkish linguist from Boğaziçi University. Together, they have prepared over 100 lessons available through podcasts and all denoted for different levels. Although less active these days and accessible through a subscriber-based system, the entertaining lessons provide a great perspective for the expat learner and can be accessed through www.turkishteatime.com.

Istanbul&I is an international youth organization devoted to volunteering for disadvantaged communities that holds a number of event series from their center in Karaköy, including speaking clubs. Held once a week for two hours at a time, Istanbul&I’s speaking clubs, which are now held online, are offered in Turkish, English and French and for three different levels. The Turkish speaking club takes place on Tuesdays from 5 p.m. to 7 p.m. and is held with seven participants in each level. Istanbul&I is also running virtual book and poetry clubs and a movie night.

Funny ways to while away the day

Mick Scarsbrook, aka “Mick Amca,” in other words, “Uncle Mick” is a British expat based in Fethiye whose video "Türkiye Bir Cennet" ("Turkey is a Paradise"), which is about litter in Turkey, went viral upon its release four years ago. Since then, he has become a representative for preserving Turkey’s nature from being trashed and releases entertaining videos on travel in Turkey as well as on practicing Turkish. On his YouTube channel, there are nearly two dozen videos in his “Learn Turkish in Five Minutes” and “Learn Turkish in Two Minutes” series that are extremely comical with helpful takes on daily activities such as driving a car in Turkey.

3 Yabancı 1 Türk is a Podcast presented by Korean expat Chaby Han, Louis from the United States, J.J. from Kenya and Michele, an Italian Turk. While the Turkish representative has changed from time to time over the years, Chaby Han, who you may remember from ATV’s popular male talk show featuring expats in Turkey, has been joined by J.J. and Louis on their video shenanigans speaking in Turkish for years now. Their comical videos tackle subjects such as playing Tabu and differences between Turkey and the cultures they originate from and the languages spoken. The podcast offers an entertaining way to listen to other expats share their trials and tribulations learning the Turkish language.

Institut Francais Turquie, which has centers in Ankara, Izmir and Istanbul, has begun offering 30-hour online French language courses for small groups of Turkish speakers. These affordable courses will utilize Zoom or Skype and the timing is flexible. Meanwhile, the French Institute in Turkey has been extremely active during our days of social distancing in Turkey offering virtual readings for all ages and writing classes from their Instagram account.

Instituto Cervantes de Estambul, whose center in Tarlabaşı has served as the quintessential destination to take on Spanish learning, is now also offering 30-hour courses that will be available online. The registration dates are May 11 to May 17 and courses will be held over Zoom or a similar platform, at a variety of levels and will run until the end of June.