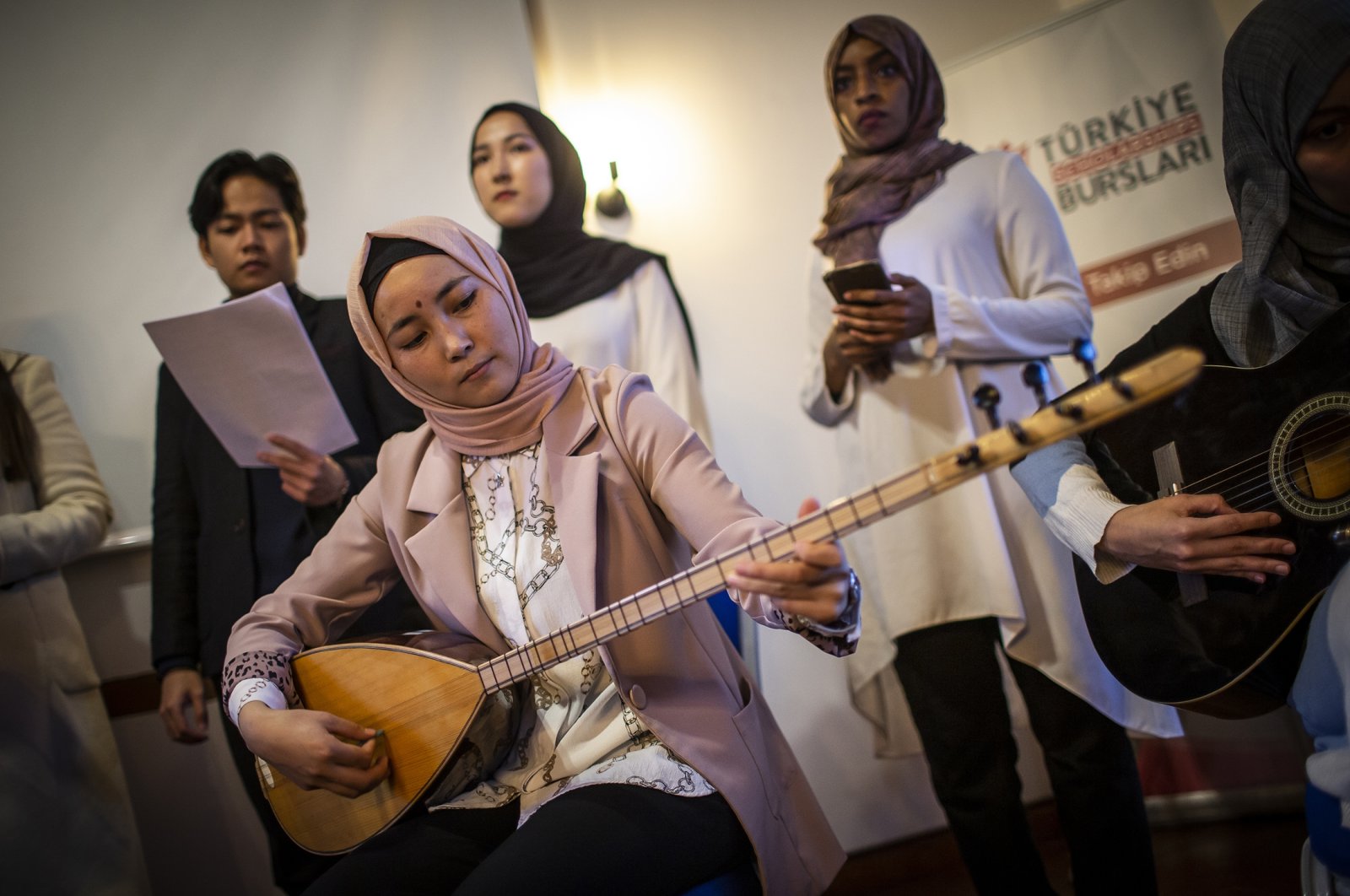 Turkish folk, classical and Sufi songs possess such unique and special tunes and rhythms that one would need to try hard not to fall in love upon first hearing them. That certainly proved to be the case with a group of foreign students in Turkey who have formed a choir to perform traditional Turkish songs for which they had developed a particular ear.

The Presidency for Turks Abroad and Related Communities (YTB) has been working hard in Ankara to create the foreign choir with a taste for traditional Turkish songs, with the help of Art Director Özgür Ahmet Şarman.

Özgür Ahmet Şarman, also director of the International Art Society, told Anadolu Agency (AA) their choir consists of 30 students who are the beneficiaries of Türkiye Scholarships, a state-run program.

"We study contemporary music with Turkish classical, Sufi, and folk songs from time to time. Among the choir members, some learn to play instruments here. We have lute, bağlama and rhythm lessons,” he said.

He said the choir's repertoire has expanded and so they are considering organizing a concert.

"(At first) I thought, 'Will I be able to pass on my knowledge in a healthy way.' But then I saw that the guys had command of the subject. I really enjoy being in this atmosphere."

Kyrgyz Umsunay Ömürbekova, who plays the bağlama and kopuz, said that she has been living in Turkey since 2017.

She said that she had been interested in music since she was in primary school.

"I play the kopuz, the national instrument of Kyrgyzstan. When I came to Turkey, I became interested in bağlama and learned to play it,” she said.

She said studying folk music has opened a "new window” for her.

Iman Abdullatif from Sudan, a graduate student at Ankara University Faculty of Veterinary Medicine's Department of Parasitology, said that he became interested in music, which he had never shown interest in before, when he joined the International Art Society.

Abdullatif said he started playing instruments while he was doing his master's in Ankara. He can play the lute and guitar.

"I didn't know I had a musical talent. I started learning instruments while I was doing my master's degree here. I am studying lute and guitar," Abdullatif said.

"The rhythms are different but we use the same motives. Therefore, Turkish music was not difficult and I loved it," said Sadiku.