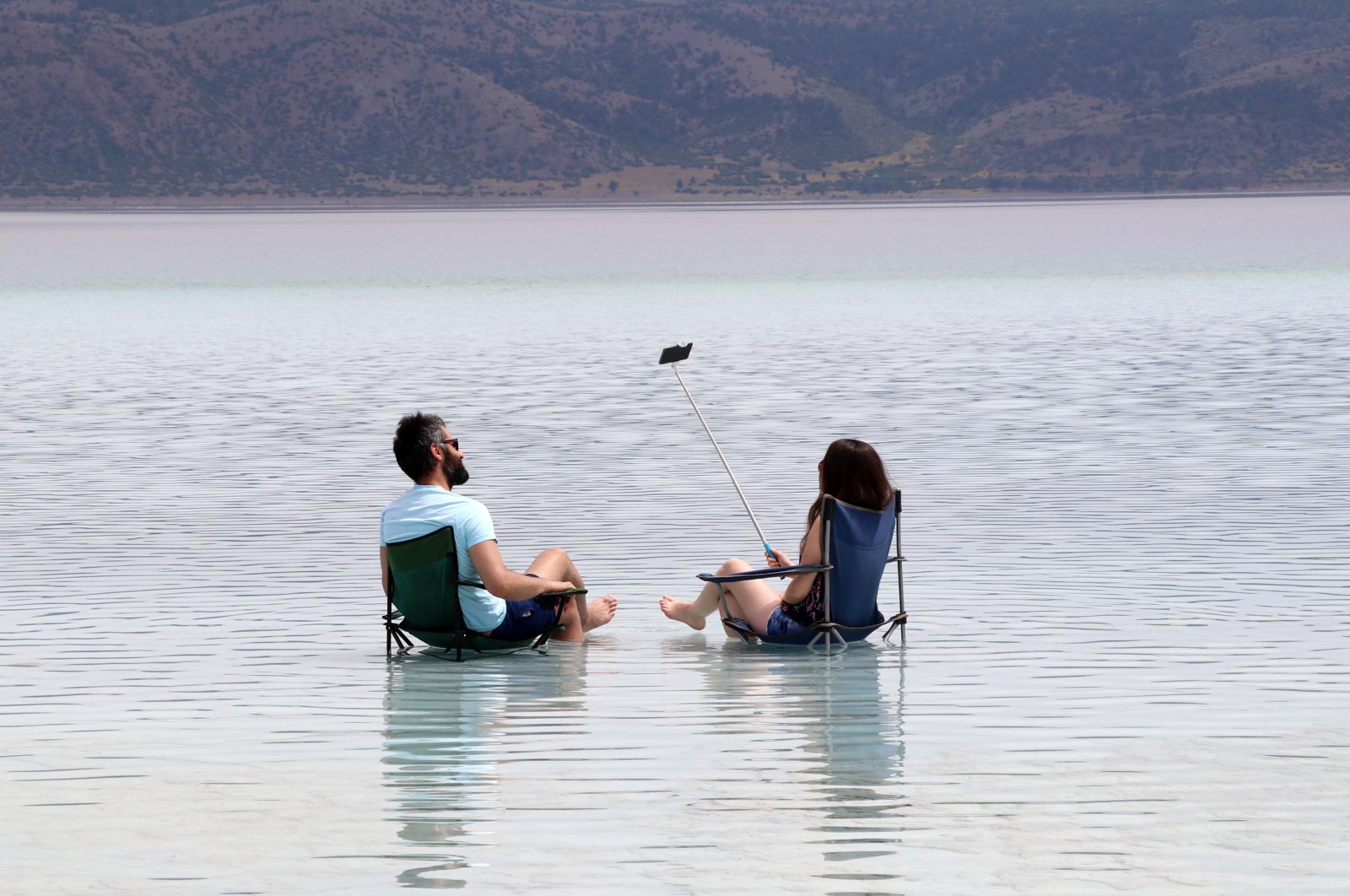 From months of “social distancing” and “self-isolation” in Turkey, June has brought the beginning of the transition to a “controlled social life.” With parks, beaches, restaurants and cafes reopened and travel resuming, here's all you need to know about this new way of life

The month of June has marked a new era in Turkey as those in the age brackets restricted from going outdoors now have some room to breathe and businesses, which have been closed for nearly two months can resume operation. The provincial borders have been all but lifted as the summer season will soon be in full swing. All of this freedom doesn’t come free, however, as there are a number of regulations and safety practices that have been put into place during this transitional period to ensure everyone's safety during the coronavirus outbreak.

Those who are over 65 and younger than 18 were elated on Monday evening to hear the news that the restrictions of moving around freely outside of their homes, which had been put in place March 21 for the elderly and April 4 for kids, has now been largely lifted. Those over 65 are officially able to leave their homes between the hours of 10 a.m. and 8 p.m., every day of the week, versus only on Sundays, which had been the case over the past month. While the limited hours may still restrict some of their movement, the whole intention is to allow the elderly to have the freedom to exercise in the daylight hours in an effort to ensure they maintain optimum health. As this age group remains in the highest risk category for developing serious complications, the modified restriction of staying home from 8 p.m. to 10 a.m. still applies. Travel permission will be granted to those over the age of 65 for essential travel, however. Those under the age of 18 are also now free to roam so long as they are accompanied by a guardian.

People are still required to wear masks in places of business, on public transportation, while driving with others and now even at the beach, and the advisory remains to maintain a 1.5-meter (4.9-foot) distance from others. In over two dozen provinces, including the country’s greatest holiday destination regions of Izmir and Muğla, it is also mandatory to wear a mask at all times outdoors.

While restaurants and cafes have reopened as of June, they will be operating at smaller capacity with tables spaced out 1.5 meters apart and chairs to be placed at a 60-centimeter (23.6-inch) distance from one another. Temperatures will be checked upon entry, and each table will have sanitizer or cologne. Gone are the days of open buffets, as now guests will only be able to peruse the offerings at buffets, but they will instead be served up by wait staff. People will also no longer be able to just pull up a chair wherever they like as seating arrangements will be done face-to-face and diagonal if tables are smaller than 70-centimeters wide. Restaurants and cafes, as well as concert venues, will be allowed to stay open until midnight, and payment by credit card will be preferred over cash.

Beaches, parks, sports facilities and museums are also now open; however, there are a number of new conditions in place. In positive news, it will be illegal to smoke at beaches because of the risk of contraction posed by cigarette butts. Sunbeds will be spread out. In parks, circles have been drawn out to denote proper social distances. The strictest measures have been applied to gyms, which will only be allowed to admit one person per 10 meters’ to work out at a time. People will only be allowed to enter the changing rooms one at a time, and all showers and spa facilities will remain closed for the time being. A big game-changer for many foreigners will also be the restriction of the use of air conditioning.

Cinemas, theaters and entertainment centers will be opening up on July 1, however, when hookah cafes will resume service remains to be seen.

Travel in the time of corona

As of June, the tourism season in Turkey officially kicked off with the restrictions lifted on provincial borders and the start of intercity commercial transportation. While all forms of transportation have currently resumed, there are a number of new practices and regulations in place to be aware of. A HES code will now be required for all intercity travel. HES, which is short for Hayat Eve Sığar (Life Fits into Home) is a mobile application pioneered by the Ministry of Health that tracks the contraction of the COVID-19 virus and shares maps of health services and risk areas. While the app is easily downloadable onto a mobile phone, it is also easily obtainable through sending an SMS to the number 2023 by entering the letters HES, followed by your country code, passport number, birth date and the number of days you want to travel plus seven days, all separated with blank spaces. The same method can be applied by foreigners with residence permits as well as Turkish citizens.

Intercity buses will now be operating at half capacity with no two seats being filled next to each other with the exception of family members, and masks must be worn throughout the duration of the trip. Intercity trains have also begun operating at a limited capacity and will not be offering catering services.

The most exciting news for some is the resuming of international flights to England, Germany and Holland with more nations to be added to the list in the foreseeable future. Those arriving into Turkey from foreign countries will have to undergo a health check and if deemed necessary will be transferred to hospitals for treatment.