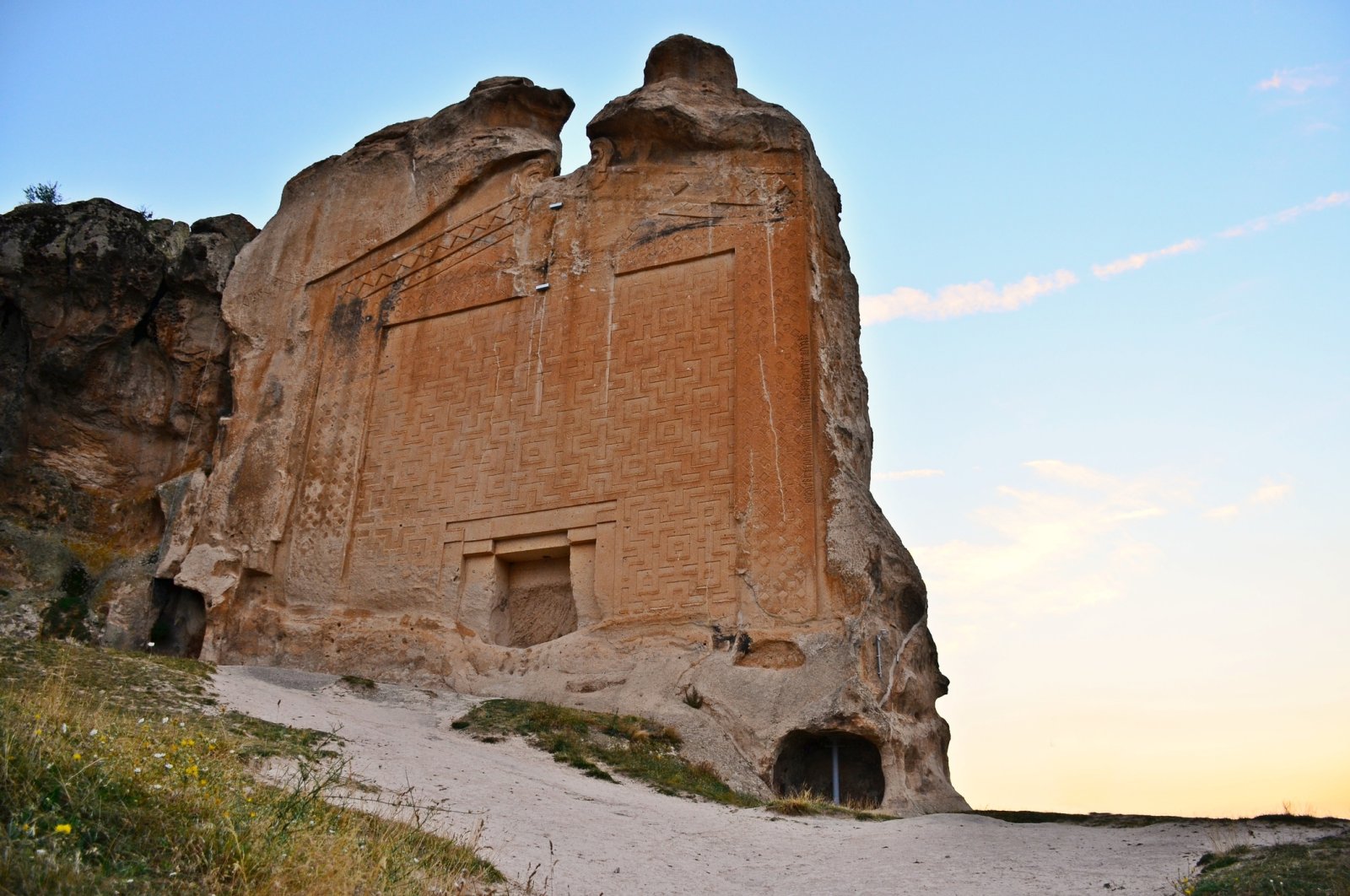 The name of the legendary King Midas, remembered for his "golden touch", was immortalized in the Midas Monument in Yazılıkaya, Eskişehir. (iStock Photo)
by Leyla Yvonne Ergil Oct 08, 2020 12:15 pm
Edited By Yasemin Nicola Sakay

Having been called home by numerous civilizations over the centuries, Turkish lands, or Anatolia as it was historically known, have witnessed many first-hand interesting conversations and historic events that produced some of the most famous sayings and words

With a history spanning back thousands of years and having housed multiple civilizations, Turkey could also easily be geographically referred to as the center of the world. As a crossroads of the East and West and in the exact spot where continents meet, it should come as no surprise that there are a vast number of epic legends and spiritual and philosophical findings that have taken place on Turkey’s soil. Thus, there are also a lot of meaningful words and phrases that have their roots in Turkey. You may very well be surprised to learn that many significant phrases used often in the English language and in others actually came from Turkey.

Etymologically derived from Arabic and Ottoman Turkish, the household word “kismet,” or "kısmet" as most Turks would say, meaning "fate" or "destiny," is actually a word regularly used in Turkey to denote the same meaning. In addition to multiple movies and songs being given the name, there are also three towns in the U.S. states of California, New York and even Kansas that are named kismet.

Surprisingly, there are a number of prominent cities that have also been given names that were geographically sourced from what is now present-day Turkey, and even the continent Europe itself got its name from Anatolia. The first time the word Europe was ever uttered as a geographical term is said to be in the Homeric Hymn to Delian Apollo in which he was actually referring to the western shore of the Aegean Sea. Its first reference as part of the known world came in the sixth century B.C. by Greek philosopher Anaximander and Hecataeus, aka the “father of geography.” Anaximander, who was a pre-Socratic Greek philosopher of the Milesian school in which fellow philosopher Pythagoras was said to have been his pupil, was the one who, with Hecataeus, supposedly drew up the borders of the continent we now call Europe. But at the time they did so from their hometown of Miletus, which was a city of Ionia in what is now present-day Didim, located in Turkey’s western Aydın province.

Philadelphia was given its name by William Penn, the founder of Pennsylvania in 1681, who purchased the land despite being granted it because he wanted to maintain harmony with the area’s indigenous Native Americans. Thus, Philadelphia was given a name that meant “brotherly love” and was derived from two terms which meant “beloved” and “brother” in Ancient Greek, the language that was prevalent in Anatolia and thus, what is actually now modern Turkey. Modern-day Alaşehir, previously known as Philadelphia, is among the "Seven Churches of Revelation" of early Christianity along with Smyrna (Izmir), Pergamon (Bergama), Ephesus and Sardis.

A more obvious adaptation of what is now a Turkish name for an American city is Antioch, which is derived from Turkey’s Antakya, as it was named in ancient times. Not only is there a college in the U.S. named Antioch, but there are also a whopping 20 towns and cities that have been named after the capital of the southernmost province of Turkey. Antioch was one of the earliest centers of Christianity and is still considered sacred by Christians. It was the very place followers of Christ were first called "Christians", and the city was the headquarters of the missionary St. Paul around A.D. 50 and later declared a place of pilgrimage. St. Paul's church (also referred to as St. Pierre's) in Antakya is regarded as the world's first Christian cathedral.

Troy is another name for a number of U.S. cities in states such as New York and Michigan that was named after Çanakkale’s Truva, the town where the 10-year Trojan War took place as recalled in the poems from the "Epic Cycle" and most famously Homer’s "Iliad." In fact, Homer was born in what is now Turkey’s Izmir.

There are actually quite a number of well-known idioms that have found their way into the modern English language but were first uttered in the land we now know as Turkey. Having the “Midas touch” is one such saying that refers to the Phrygian King Midas, who in Greek mythology famously had the ability or curse of turning everything he touched into gold. You see, according to the legend it was the Greek god Dionysus who granted Midas this ability due to his obsession with wealth. However, when he ended up turning his own daughter into a gold statue, Midas ended up washing his hands of the curse in Pactolus, a river now named Sart Çayı in Manisa that leads into the greater Gediz River.

Midas’ father Gordias and the founder of the Phrygian capital Gordion, which is present-day Yassıhüyük and located approximately 80 kilometers (50 miles) southwest of Ankara, is also connected to a famous saying that is still relevant today. “To cut the Gordion Knot,” which means “to solve a difficult problem,” is attributed to Midas’ father Gordias, a king himself, and is the name given to the intricate knot he would use to secure his oxcart. As the legend goes, an oracle revealed to the public in Phrygia that their next king would arrive by riding a wagon. Gordias arrived and was subsequently named king, after which he dedicated his wagon to the Greek god Zeus and tied it up with his special knot. It was believed that whoever could untie that knot would end up being the ruler of Asia. Low and behold, the famous warrior Alexander the Great would be the one to cut through the knot with his sword and hence the birth of the idiom and fulfillment of the prophecy. Alexander the Great went on to establish one of the largest empires of the ancient world.

Yet another famous saying by an even more well-known general is: “I came, I saw, I conquered,” uttered by general Julius Caesar famed for the rise of the Roman Empire. While the actual words he said were “Veni, vidi, vici,” spoken in Latin, it is where and when he said them that matters for this purpose. Caesar is credited with the phrase now used to refer to a swift and definitive victory. It is believed he wrote the phrase in a letter penned to the Roman Senate circa 47 B.C. after his victory in the Battle of Zela, which took place in the present-day in the Zile district in the province of Tokat, just south of Amasya in northern Turkey.