Run for your life: marathons in Turkey this year 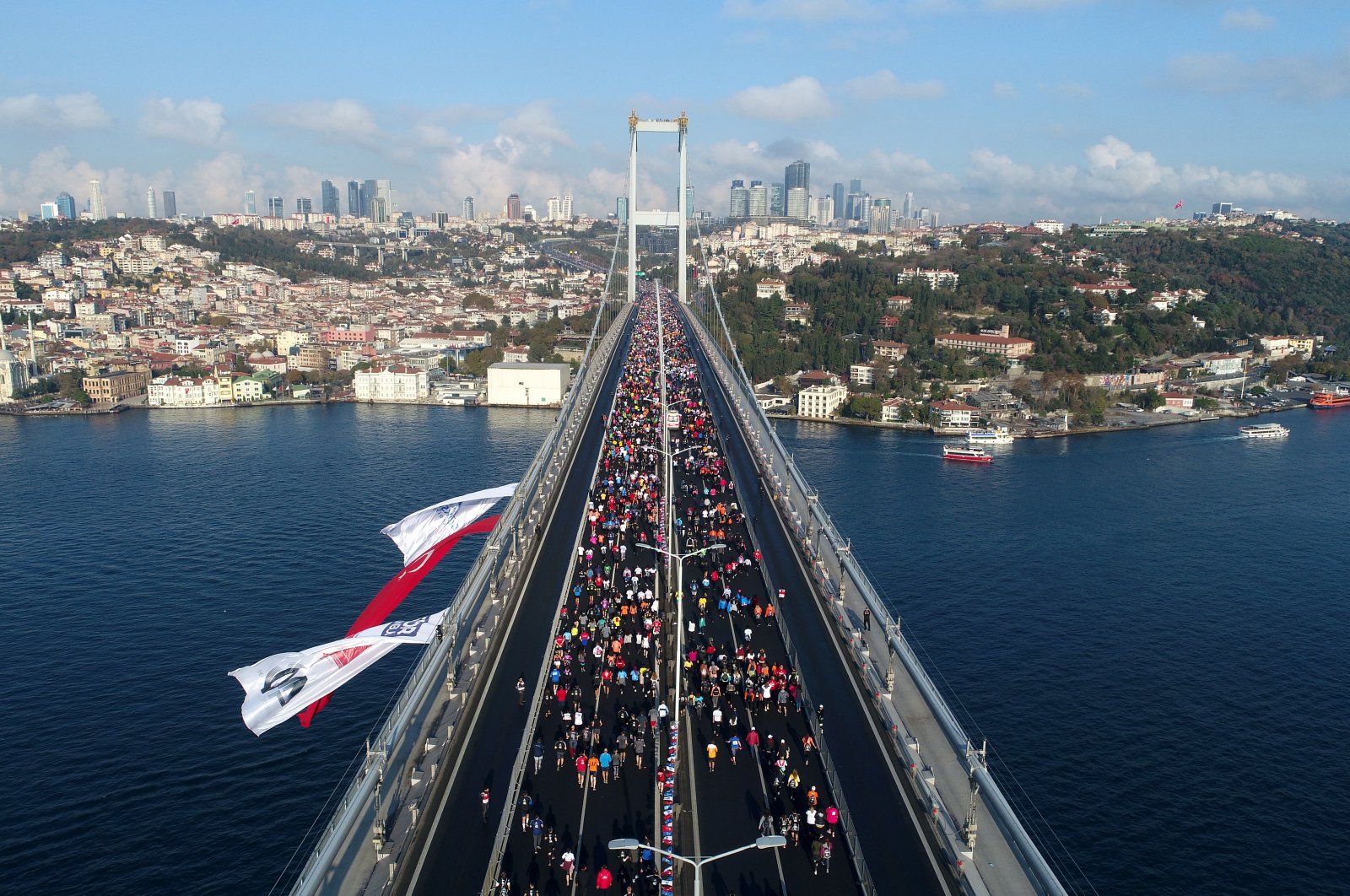 With such diverse geography, it should come as no surprise that there is a wide number of running races and marathons held all over the country and geared towards all levels of physical fitness. In fact, one could argue that some of the best marathons in the world are held in Turkey, allowing runners to cross continents, run past ancient ruins or traverse through magnificent mountains and rock formations.

The following is a list of some of the most popular runs, races and marathons coming up this spring and beyond:

One of the most entertaining races for Istanbul residents is the Taşdelen Ultra Mud Race, which will be taking place Sunday, March 1, in the Asian-side suburb of Çekmeköy. The race has 10K, 15K, 30K and 45K running categories as well as a 30K bike race which will take place between 9:30 a.m. and 5:30 p.m. The Ultra-Trail community will also be holding their annual night run, the Taşdelen Ultra Trail Gece Maratonu, which will take place in the same categories in Çekmeköy on April 3 to 4.

An entertaining race in Istanbul for those of all skill levels, including kids, is the Geyik Koşuları Trail Series, which will take place on Sunday, March 8. These 4K, 14K and Bambi trail runs take place in the Belgrade Forest, with the 4K geared for light-hearted runners and newcomers, seeking fun in nature and the 14K for the more seasoned sportsmen. The Bambi runs are held in three categories, spanning from 400 meters to 650 meters, for children between the ages of 4 and 12. The 14K and Bambi runs start at 11 a.m. with the 4K kicking off at 12:30 p.m.

Coming up on April 5 will be the Istanbul Half Marathon, which will take runners from Yenikapi to Balat and Eyüp and back and thus along the coast of the Golden Horn. Not to be confused with the full Istanbul Marathon, which will take place on Nov. 8 this year, the Istanbul Half Marathon is a 10K and a 21K and a popular precursor to the cross-continental race as well as an official IAAF event.

Taking place this Sunday, March 1, Runatolia is a popular half and full marathon that brings the southern city of Antalya to life and also has a kids run, a 4K run for newbies and a unique "high heels run," which has women competing in 7-centimeter heels, complete with a pasta party for participants.

Held over the weekend of March 14 -15, the Efes Ultra takes place in six different categories and through some of the most spectacular ancient sites in the world. Centered around the ancient town of Efes, in Selçuk, Izmir; the Efes Ultra has a 5K St. John’s Run, a 12K Artemis run that starts at the ruins of Efes, a 21K mountain half marathon in Şirince, a 42K that goes past the House of the Virgin Mary, the 61K Efes Selçuk Ultra, which goes from Efes to the town of Selçuk and the 120K Efes Ultra, which pretty much takes runners throughout the entire vicinity. This very special event offers a unique opportunity for runners of all levels to experience the region’s historical sites in the ideal temperature as the town of Selçuk and the whole vicinity just comes to life.

Turkey’s longest single-stage running race, the Iznik Ultramarathon, which is held on trails and around a lake in Bursa’s historical region of Iznik where the famous Nicaean Council took place, will be held on April 17 -19. There are a total of six categories held at the Iznik Ultra with some going through Orhangazi and the mountains of Narlıca and spanning from the epic 160K to a 90K, 55K, 35K, 20K and last, but certainly not least, a 5K which will be a tour through the town’s historical sites.

Taking place on Sunday, April 12, RunDatça is a more relaxed 5K, 10K and 21K as well as a kid’s run which will take runners through the town of Datça as well as on a track on the Lycian Way and through the ancient settlement of Knidos.

The Pamukkale Ultra, which will be held on April 23, offers a wonderful opportunity to discover the “cotton castle” carbonate mineral pools of this ancient town in Denizli, through three categories of races: a 15K, 30K and 60K.

The Lykia Way Ultra Marathon will be held on May 29-31 in four categories, namely a 20K, 37K, 57K and a 100K that will take participants through Antalya’s spectacular sites of Olympos, Çıralı, Tekirova and Musa Mountain.

One of the most wondrous races to take place in Turkey is undoubtedly Solomon Cappadocia, which is a 38K, 63K and 119K that takes participants through the ancient sites and “fairy chimney” rock formations of Ürgüp’s Cappadocia. Taking place on Oct. 17 and 18, there is time for those aspiring to get in shape for this amazing race.

Perhaps the most famous marathon in the world, the Istanbul Marathon, which will be held on Nov. 8 this year, enables participants to cross the continents of Europe and Asia over the Bosphorus Bridge and comes in categories of a 42K, 15K and an 8K FunRun.